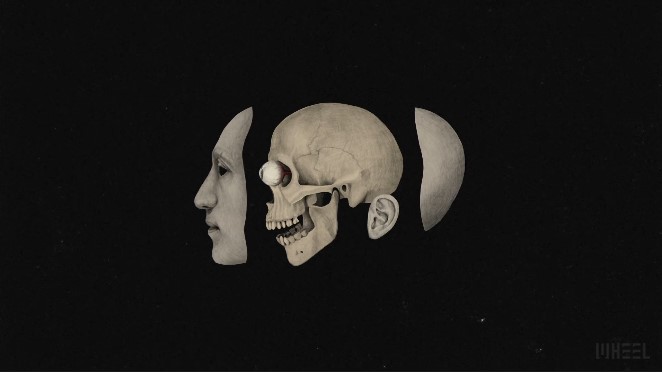 Finnish Prog Metal band Wheel have announced their new album ‘Resident Human’. The follow-up of their 2019 album ‘Moving Backwards’ will be released on March 26th, 2021.

Last week, the group was pleased to share the album’s second single “Hyperion,” which you can listen to HERE.

“This song was inspired by ‘Hyperion Cantos’ by Dan Simmons and considers humanity’s relationship to mortality and ultimately, death.

Considering that all of us are traveling along the same linear experience of time from a point of nothingness, to (in all likelihood) another point of nothingness, this song considers that this knowledge should make us more empathetic to others on the same journey and that however divided we may be otherwise, there is no division or variance for how lives end.” – James

The Helsinki-based Wheel were formed in 2015 when singer James Lascelles moved to Finland and, through a fluke appearance on a Finnish TV show, met the core of what would become the early stages of the band. The members’ love of poly rhythms, different grooves, abstract time signatures and bands that see things differently would create the unique sound that appeared on their first EP in (The Path EP, 2017). A follow up EP (The Divide EP, 2018) and a stellar debut album (Moving Backwards, 2019) would further cement the group as one to look out for.

With their first headline tour booked in for February 2020, and the promise of a US tour waiting for them in April, it was around then the instrumental bare bones of ‘Resident Human’ were coming together. Initially to be squeezed into a 10-week recording period, their plans changed once COVID-19 hit the world hard; the band had to roll with the ever-changing punches.

Pushing back their allotted studio time, and temporarily reduced to a three-piece of vocalist and guitarist James Lascelles, bassist Aki Virta, and drummer Santeri Saksala due to line up changes (with Jussi Turunen later joining the ranks) – Wheel hunkered down to get the album together.

From the desperate content harvest of copy/paste culture in the currently unreleased (“Ascend“) to the polarized rhetoric following George Floyd’s murder (“Movement“), ‘Resident Human‘ is Wheel vocalizing the ashes they’ve witnessed falling in recent times – putting a voice to our fallible nature.

“We joked at the start of the year that it’s going to be the year of progressive music concept albums about COVID,” James laughs. “And we’ve kind of done that…but it’s more about the time COVID has allowed us to explore ourselves rather than the pandemic itself.”