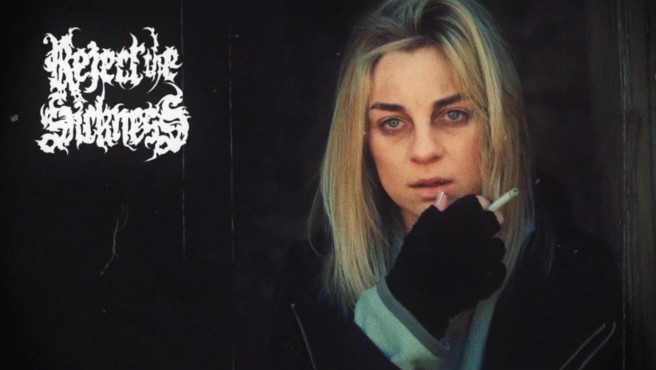 To say 2020 hasn’t been a good year for most would be an understatement.

Reject The Sickness is here to make it better. In 2018 this five-piece from Belgium parted ways with their bass player and lead guitarist and recruited Zoran Van Bellegem and Jonas Messiaen for the open positions.

With this brand spanking new line-up the band has expanded upon its vocabulary of quality staccato riff-driven death/thrash metal and condensed it into a solid slab of melodic brutality that will crush your ears and lift your spirits, aptly named “While Our World Dissolves”.

“Reveal The Darkness” is the second single from Reject The Sickness‘ upcoming full length release “While Our World Dissolves”. After the release of the brutal track “Disapproval of the Weak”, the band decided to dial down the brutality just a notch and release a track that has a more melodic feel. The short but emotionally charged violin intro primes the listener to drop his/her guard, ready to receive the aural bliss of the track. The lyrics  show how sexual abuse / domestic violence can turn into drug use. It takes you on a journey how drugs can be an escape from problems, only to become a problem themselves.

The third full-length, ‘While Our World Dissolves’, will be released in the spring of 2021 through WormHoleDeath Records and  is a rewarding journey through the meanwhile unique metal vision of Reject The Sickness. 10 years of existence has not dulled the creative output of this band, which has preserved their trademark sense for memorable melodies while maintaining the viciousness akin to bands as diverse as Obscura, Testament, Dissection, Meshuggah, Morbid Angel, In-Quest, Gojira, Dark Angel, Pestilence and At The Gates.

Heed this call, before the world dissolves!