Just some months ago my personal metal/rock youth sentiment got back in my life again: Papa Roach released a new album called “Crooked Teeth”. Just like many other critics I was very pleased with this release since it sounded as if they got some of their old energy and joy of playing back (read our review here). With a new album, usually there’s a tour to support this and the European leg had its very last stop in Finland. So we were very ready to travel down to The Circus in Helsinki and celebrate the metal/rock institution the band has become in the mean time…

The support band for the night was supposed to be Frank and the Rattle Snakes originally. But due to the delayed tour of Papa Roach, the band sadly couldn’t join in on the fun anymore. Instead they had a different local talent opening for them every night, a very nice way to support locals by giving them this platform. At the gig in The Circus, that band was indie/alternative rock outfit Sara (***). Despite not understanding a single word due to completely Finnish lyrics, their overall show was very pleasantly surprising. The band apparently has been around for awhile already and that was very noticeable throughout the gig. They played a kind of rock that has a very “post-rock” feel to it, complete with several keyboards played by vocalist and guitarists. Combined with the light show and often psychedelic videos played behind them, it was often a rather “otherworldly” experience. 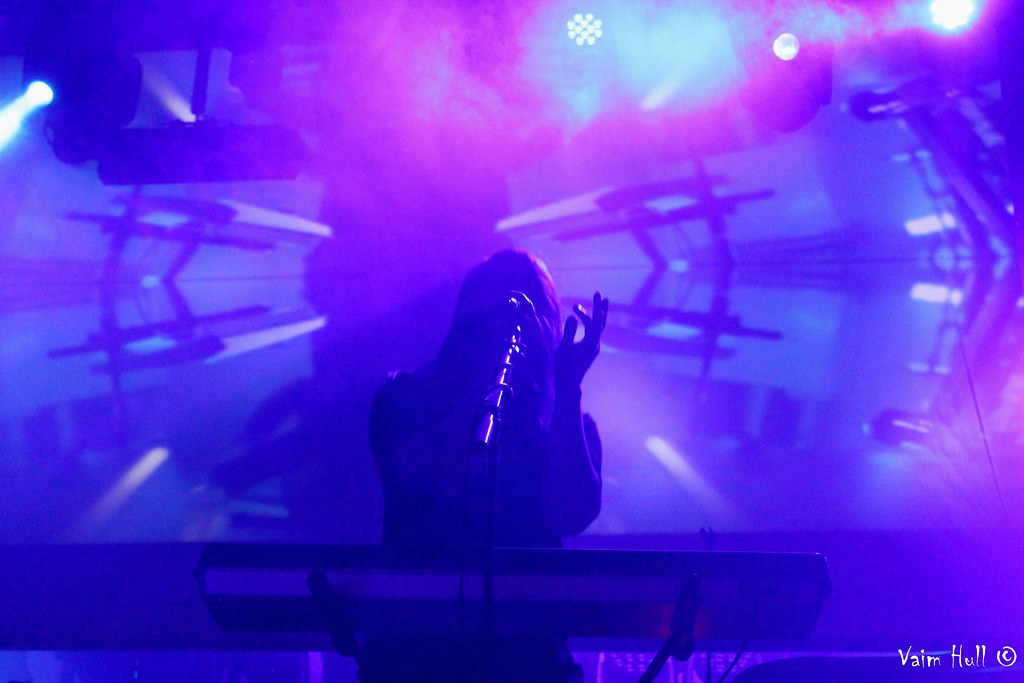 After Sara ended, the crew pulled up a curtain in front of the stage to hide whatever they were getting ready for the main event. There must have been some technical difficulties, because the gig started at least 15 minutes behind schedule. But then finally the beats of the intro song Simon Says by Pharoahe Monch, a rap/hip-hop track that called the crowd to “get the fuck up”. And it totally served its purpose: it got the people dancing and getting into the groove to enjoy the awesome party that is Papa Roach (****1/2). Once the public service announcement got the whole crowd to raise their middle fingers and shout “Fuck you, Papa Roach!”, the curtain dropped revealing the band that immediately kicked in on full gear with title track Crooked Teeth from their latest release. The energy in the venue blew the roof straight off and this was kept up for the rest of the 90 minute set. 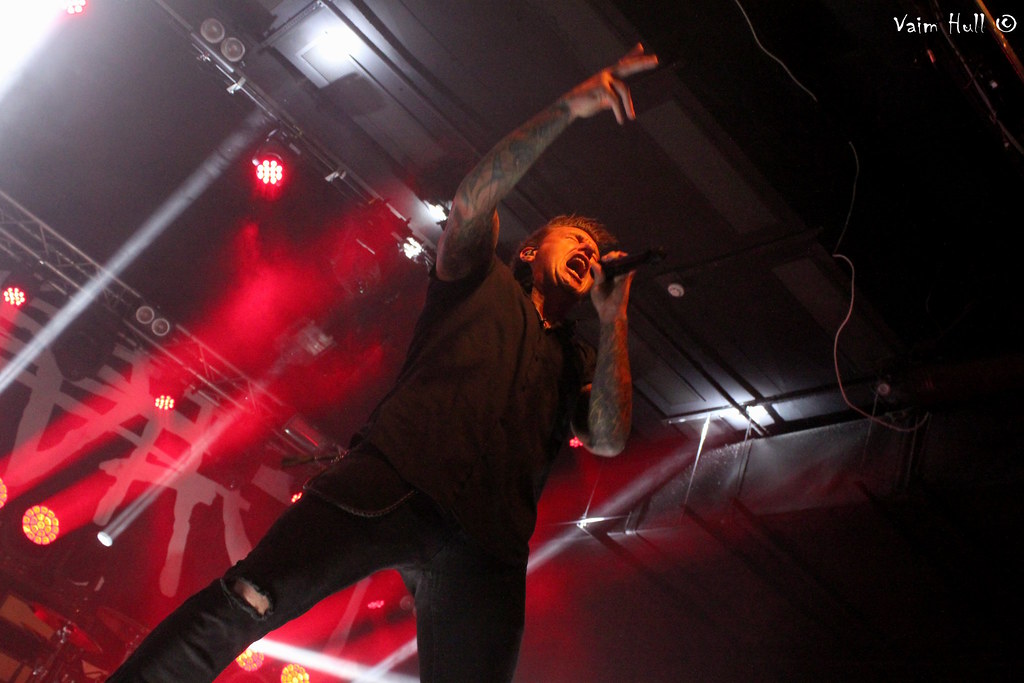 And that set had a collection of songs that celebrated mostly more old school work and their most recent album Crooked Teeth. After the opening song they blasted on with oldies Getting Away With Murder and Between Angels and Insects, which I still hold dear to my heart since that’s the track I discovered them with. This was the last stop of their tour and it was clear they were ready to give it all they still had in them and go out with a bang! Jacoby Shaddix was running around like a madman, jumping on and off his little onstage pedestal, banging his head like crazy and sing his lunges out. His buddies Tobin (on bass) and Jerry (on guitar) on his sides were just as passionate and energetic. This really rubbed off on their fans gathered at The Circus and the reactions on their old and new songs didn’t lie: Papa Roach is still quite the phenomenon and a band that attracts people from several generations to this day.

A few of the highlights of the gig were directly linked with their latest release… Born for Greatness was as big of an anthem live as I expected it to be when hearing it the first time on CD and the more poppy Periscope was a massive track despite it being way less heavy then their usual stuff. The fact that they brought it with so much passion and energy, together with the light show that went along with it, took it to another level. Jacoby dedicated Forever to their recently passed away buddy Chester from Linkin Park, including a little snippet of In The End blended into the track. A moment of honesty and vulnerability that shows how great these people are. 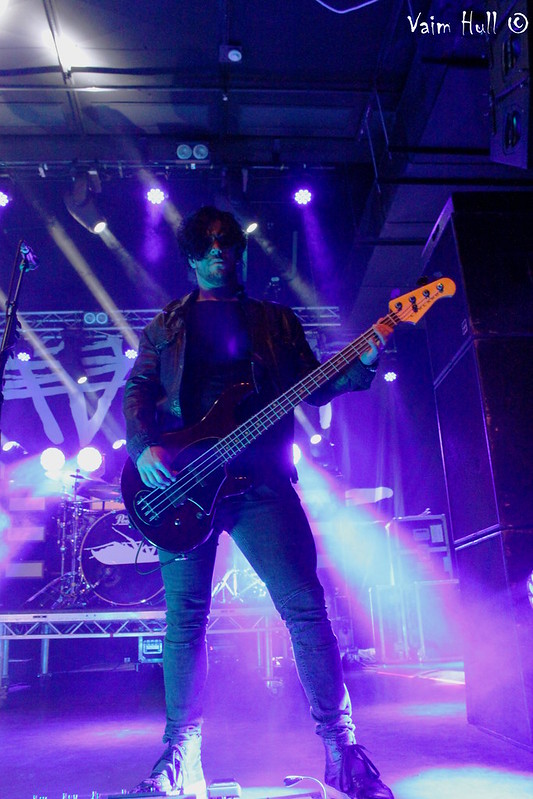 The use of snippets in the songs they played is something that comes back on regular occasions throughout the setlist. During their latest single American Dreams suddenly Another Brick in the Wall by Pink Floyd pops up and in the very last song of the night …To Be Loved they threw in a little Blitzkrieg Bop from the Ramones. That last song was part of a really strong 4 song encore closure of the show that matched and possibly even topped the energy of the starting quartet of the night. First the new track None of the Above was played, which quickly became my favorite of their Crooked Teeth album with the high level of Nine Inch Nails influences. One of the strongest songs they’ve made in a long time that’ll definitely stand the test of time. Talking about songs that “stick”: next up were Dead Cell and their breakthrough single Last Resort, which both were shouted along by the whole room. Same for that last song, …To Be Loved. Jacoby was almost not needed anymore to provide the vocals. Papa Roach took their sweet time to come back to Finland, but they came with a bang and proved that they’re here to stay. Tobin mentioned to me that they’re planning to come down more often to the country of a thousand lakes and I don’t think anyone will complain about that… 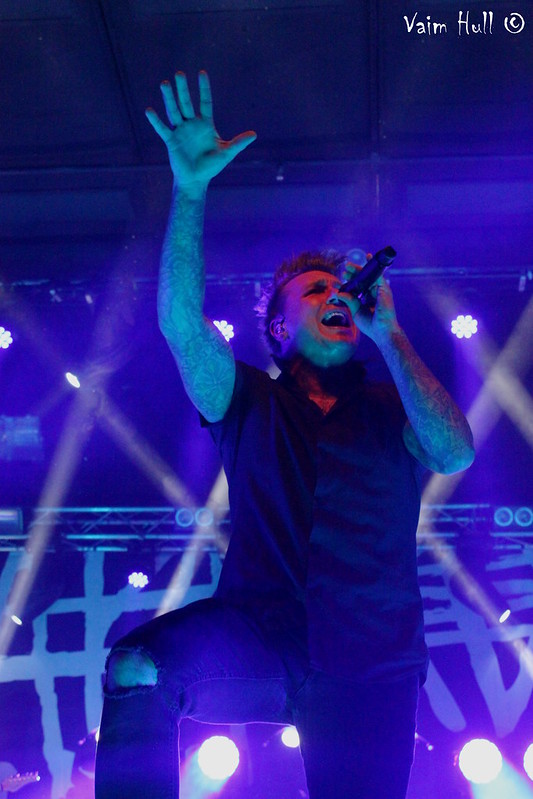 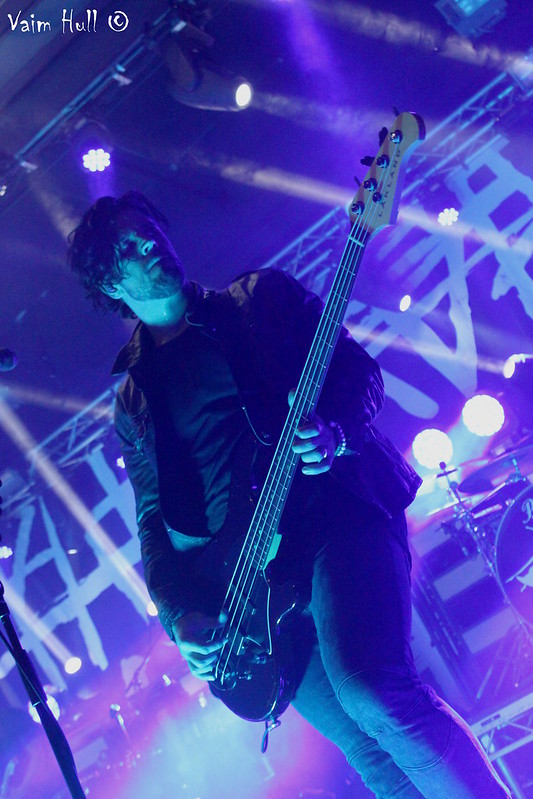 Intro: Simon Says by Pharoahe Monch
+ Public Service Announcement
Crooked Teeth
Getting Away With Murder
Between Angels and Insects
Face Everything and Rise
Born for Greatness
She Loves Me Not
Scars
Periscope
Gravity
Song 2 (Blur cover)
Traumatic
Forever
(with a snippet of
“In the End”
by Linkin Park)
Blood Brothers
American Dreams
(with a snippet of
“Another Brick in the Wall”
by Pink Floyd)
Lifeline (slow version)
Help 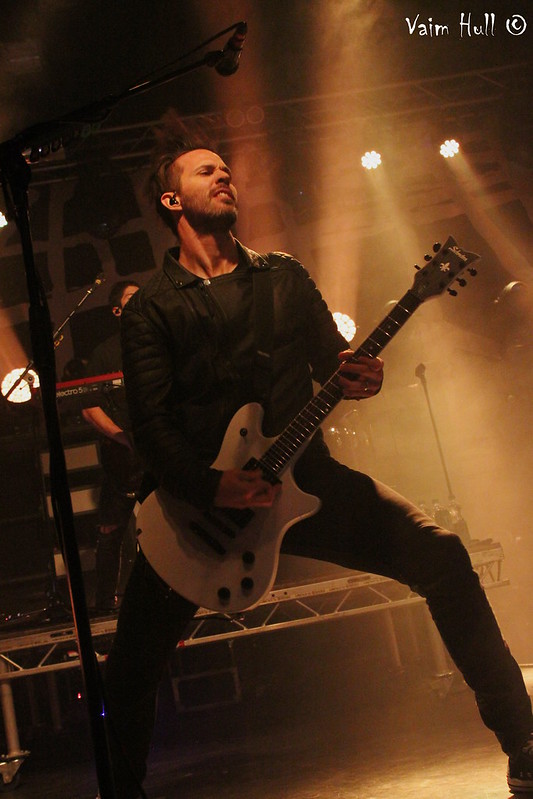 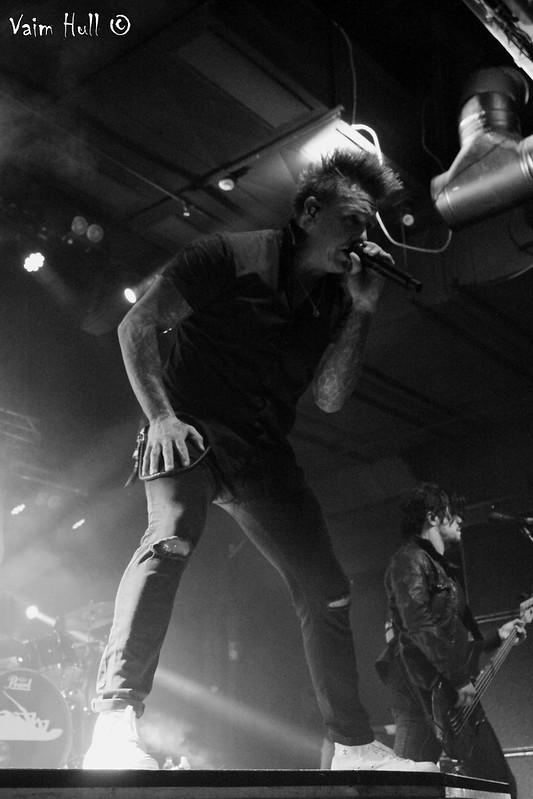 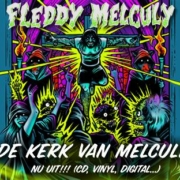 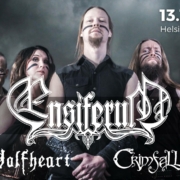 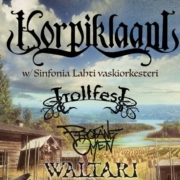 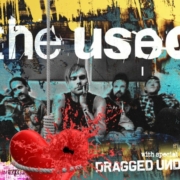 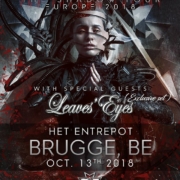 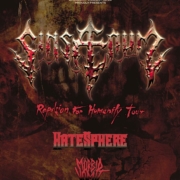