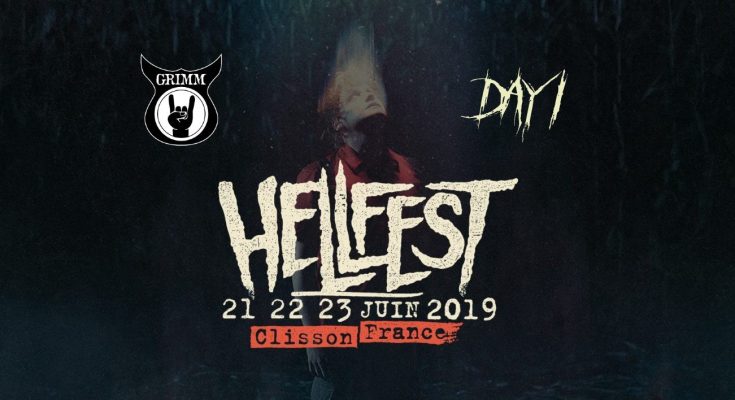 As a special project that started in 2003 TrollfesT has been steadily growing into a real party band for every metal festival to acknowledge. With band members as princesses, instruments fitted with led lights and lyrics written in the fantasy language called Trollsprak they ticked all the boxes for us to yet again see them turn a marquee stage upside down.

For people who already knew TrollfesT this was a chance to get dancing, for new fans it was a chaotic experience that is not familiar for metal bands, we got to do a conga line (polonaise) with the band, did some crowd surfing, went on our knees, turned circles and screamed words we did not understand! It was almost perfect..

They are brutal, they are bloodthirsty and they are not afraid to show it! Most people in the audience were unsure what to expect from Kvelertak, since it would be the first time seeing them ever since Erlund left the band. Their new frontman called Ivar, was sure to be tested for the adoring fans. That test didn’t take long, for before the first song was over, people seemed not only to appreciate, but love the new yet different vocalist. Ivar is different, we grew accustomed to Erlund‘s aggressive and outwardly destructive performance. Ivar brings the same level of energy very differently, but no less brutal.

The band has evolved quickly in their shows, and Ivar certainly did help to create a closer connection to the audience. Even during a technical malfunction, and some jokes that might be less appreciated by the locals (burning churches might have been a bit too soon…), he kept it real and even humble in its own way.

To top it off, we’ve all seen people taking their mic and jumping in the crowd, being carried while they sing their bit. Expect the same from Kvelertak but warm up your muslces, for you’ll be carrying their guitarists and bassists as well!

With a srange feeling we started to go to the mainstage area to behold one of the stranger performances at this festival. Ultra Vomit started out as a grindcore band but in the years transformed into a more comedic metal act covering more mainstream genres and being the biggest parody show France has ever seen.

It is indescribable to see so many people (mostly French) being delirious for this show. The band brought a continuous stream of bad puns only French people would understand. The amour of “du caca et pipi humour” put a smile on many faces. You need to have seen it to believe it.

(ps: sadly the band had to give an apology because they used the imperial flag of Japan during an Japanese themed song, the band was not aware of the sensitivity an recuses themselves)

For a second, we were all going to Boston until we had to take a little stop along the road to actually appreciate all the work and effort Dropkick Murphys put in their show. Their choreography that they timed with very impressively calculated pyrotechnics was simply breathtaking. It was hard not to feel a little sorry for them, preforming such an active set surrounded by fire in the middle of hot afternoon, baking in the scorching sun. At least they had an ample supply of beer to keep them refreshed!

Of course they played all their classics and did so feeling like every single one person out their in the massive numbers of fans was their close friends. Even a little heart to heart with the audiance couldn’t be missed, thanking everyone for making their carreer a possibility.

As always, if you have a chance a seeing the Dropkick Murphys, don’t miss it for it never disappoints.

Tom Warrior is the builder of a generation, one of the first metal acts to bring extreme metal further in the world. Before Celtic Frost this was the band that started it.

We need bands like this on the bills of festivals, so much history deserves chance and Hellfest delivered it. The lights and sound were perfect. We did not get many many words from the band but it was not needed. We must admit that is was late, most of the people were drunk or going to the campsite but we indulged in the heavy drumming from the start till the end.

History was made once again..

One of the most well known French bands headlining the best known French metal festival… Yes, it is true that Gojira had a lot to deliver for many were expecting the show of a lifetime. The bar was set, it was high, but Gojira went beyond it on all accounts.

Rare is the occassion where a band sounds just as good, or even better live than on a studio recording. The sound was crystal clear, from high to low tones, which for a band like this is quite a feat using so many different waves of sound to create a metal show that is as transcending as it is energetic! Their setlist is similar to that of their recorded show in London, with the obvious exception that they are actually speaking French since… well… they’re in France.

But as captivating as their music was, their special effects using multiple layers of video and double exposure with closeups of the bands in forms of whales and jellyfishes were simply breathtaking. Sound and imagery told a story, each and every song. By their final song, the Gift of Guilt, it was hard to realize we were watching a festival gig. The screens behind and around the stage worked so well with their sound, that this must have been not only one of the best shows on Hellfest, but one of the best shows Gojira has brought live to this reporter’s knowledge.