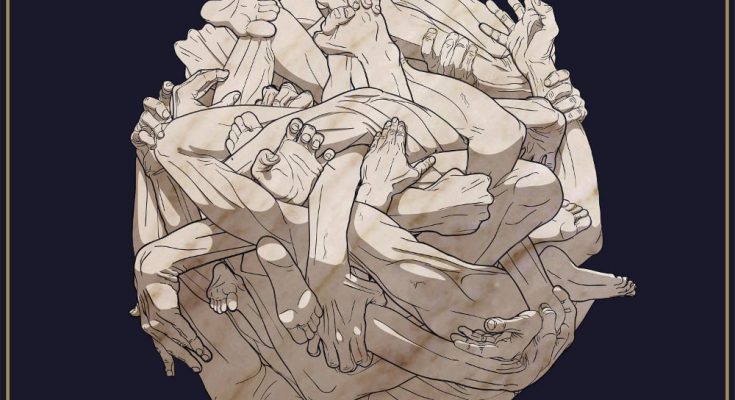 Igorrr, the brainchild of Frenchman Gautier Serre, is something special… The rather eclectic music that sprouts out of the musical (I dare say) ingeniousness of that dude is mind-bending and blowing at the same time. It’s hard to describe the mix of really harsh metal riffage and asthetics with music that has as good as nothing to do with the genre like breakcore, baroque, classical and Balkan music. He’s steadily convincing and surprising people and gathering souls since his debut Poisson Soluble and sophomore album Hallelujah. It’s been 4 years in the making and now here it is, the next step in his journey to fulfill his lifelong dream: Savage Sinusoid! Why did it take the full 4 years to get this done, you wonder? This is what Serre has to say about that:

“Doing good metal, good electronic music, good Balkan music and good baroque music along with all of these other ideas and elements takes lots of time. There’s a lot to learn along the way, and mixing them together is something else entirely. ‘Savage Sinusoid’ is an album without samples, one hundred percent of what you hear was recorded in the studio, and every little thing you hear, as microscopic as it might be, has been thought and rethought, made and remade millions of times to be sure I achieved my personal vision of ‘perfect music’.”

And his vision is a magical world of wonder and baffling combinations. You can basically make up your own story completely since the lyrics aren’t necessarily holding any meaning. What is important to Serre is the feeling behind the vocals and that is really apparent when the album kicks off with a blood-curling scream on Viande. The track develops immediately after some damn groovy riffs that’ll get your head moving, interlaced with electronic sounds & beats and the frantically freak vocals by Laurent Lunoir (Meshuggah can be easily found back in this song). A smooth transition follows into the baroque atmosphere that opens up into ieuD with some very passionate vocals added by Lunoir. At the point that he’s screaming his lungs out, some electronic beats introduce a very metal part with black metal sounding riffs and blastbeats provided by Sylvain Bouvier (Trepalium). Once things calm down we get introduced with another of his long-time collaborators: the classical and angelic opera vocals from Laure Le Prunenec that develop at times into almost maniacal screaming. What a set of vocal chords does that woman have!? ieuD is for me the first track that introduced me to Igorrr and it’ll stay with me as one of my favorite songs for sure, my mind was blown. And don’t forget to laugh out loud when he suddenly finishes the song with some simple flute tones…

Houmous builds further on that crazy blend of extreme metal elements like black and death metal, electronic beats, operatic vocals, screaming,… But this time opening with just a very Balkan sounding little tune before that gets joined by some blastbeats. In this track there’s clearly more room for the Balkan music influences. Exploding in almost utter chaos we get dropped into Opus Brain that starts with a piece of electronic music that would get any fan of that music to jump into for a party. Of course with Igorrr things never are simple or stay the same for long. Lunoir‘s screaming kicks in again, supported by Laure‘s big opera voice and the eclectic mix of metal and electronica that builds up into one big explosion of ecstasy. This is probably one of the most straight-forward build tracks of the bunch that still leaves you breathless of its sheer unpredictability.

With Problème d’émotion they delve into a much calmer and emotional side of their music containing just the angel voice of Laure, some piano and a touch of electronica. Spaghetti Forever at first seems to go further that line, but along the way a droning bass sound appears that bursts into Igorrr at full gears again after about a minute and a half. Screams, opera, blast beats, choir, Bach sounding intermezzo’s, electronic music, extreme metal riffs,… it’s all there again but still is able to sound different and surprising. And then there it is: the French accordion long-time fans of Igorrr have gotten to love so much! Cheval draws you in with its attractive folklore sound (even with a mandolin somewhere in there) to then surprise you with the guttural sound of Travis Ryan‘s vocals (Cattle Decapitation). It’s the sound of some of his older work, but a progression towards an even better version.

Travis Ryan is actually featuring on 2 more songs, with Apopathodiaphulatophobie being the next one. The track brings more of the choppy, groovy riffs with extremely harsh vocals complemented by the softer yet strong female vocals. What an absolute delight and we’re still not done… Va te foutre delivers even more controlled chaos in what sounds like a bit under 2 minutes of utter noise and blasting the remainder of your brains away. To confuse you possibly even more, Robert (which features Travis again) takes a more trip-hop approach at first, blended with Balkan music to then halfway break into heart infarct inducing breakcore. Igorrr says literally goodbye with Au Revoir in a majestic epos that starts off with emotional operatic and piano which gets more intense along the way. Joined again by the choppy guitars and some drums about halfway they build up further towards another climax with blastbeats, screams and black metal guitar riffs to end up with a rumbling bass added on top of that.

Savage Sinusoid is simply a masterpiece of an album. Igorrr might chase away some people with his braintwists, but he masterfully manages to put “old music” and “new music” together without making it sound like a cut and paste job. Every element in every song sounds like it belongs there and is at its intended natural place. This is what music should be like: without bounds, exciting, surprising and mind-blowingly good. For any music fan with a (very) open mind, get familiar with Igorrr, he’ll bring you into ecstasy for sure…