The Maalstroom project was one of the highlights of this year’s Roadburn festival. The commissioned piece of music brings together the best names of the Dutch black metal scene, including Laster, Verwoed, Witte Wieven, Turia, Fluisteraars, Grey Aura, Terzij de Horde, Folteraar, Project Nefast and more. The themes explored in the composition revolve around the juxtaposition of city and rural living; the jarring nature of survival in the urban swell. The story serves as a foundation for developing ideas around exploration and expansion on existing terrains.

For this unique collaboration an equally exclusive and limited edition beer was created by Nevel Artisan Ales. There could not have been a better choice of brewer in our opinion as Nevel also continuously seeks a balance in the modern world of craft beer with their locally and organically sourced ingredients. In this way they strive to reduce the overall impact of their production process, while still delivering outstanding quality and style bending beers. We managed to have a short talk with Mattias from Nevel during a tasting session at the Bierbrigadier on site at the Roadburn festival.

What can you tell us about the Maalstroom beer itself?

The base beer is a highly hopped blond beer which was fermented with a Norwegian yeast variety called Kveik (Norwegian word for yeast). A yeast which can ferment at very high temperature up to 38 Celsius! We brewed this beer in August of 2017. We then put it in barrels 2 months later and left it to rest and age. During the aging the bitterness start to fade and change and lactic acid bacteria start to turn the beer sour. Also a lot of the aromatic complexity is produced during the long barrel aging. Then before bottling we added a very strong tea made from the flowers and leaves of wormwood.

How did the collaboration between Nevel, Maalstroom and Roadburn became to be?

The collaboration began with one of our employees. She knows some of the artists involved with Maalstroom but also of Roadburn. She was talking to one of the members of Maalstroom about making a beer for the project. He was very enthusiastic so we decided to meet up to decide on what kind of beer we should produce. Some members came over to the brewery and we decided on making something exclusive by choosing a single barrel from our 150 barrels. We talked about what they wanted to communicate with the Maalstroom project en we decided on focusing on the strong tension which is present in the music. We decided to translate this musical tension in the tension that the combination of bitter and sour flavours can have. If balanced right it is a very exciting interplay of flavours. But if done wrong it can come out astringent or harsh. Also I have been wanting to try pushing this tension in a beer for some time, so this was a perfect opportunity to try it. We didn’t want to overdo it, though. We make delicate beers normally so I wanted a very present bitterness that played with the sour base beer, but still leaves space for the drinker to just drink and enjoy without being too overwhelmed.

How would you say that the choice of beer matches the Maalstroom project?

I would say this beer matches the music. I didn’t hear the music when we made the beer, but after hearing it being performed on Saturday I was happy with what we made. Even though the music was very intense and did challenge the listener quite a bit, I still think they made a very balanced piece that in the end makes for a challenging but good listen! Also I would say Wormwood is a herb I would associate with black metal. It is one of the most extreme and intense tasting herbs in the plant world and has a lot of mysticism surrounding its use. I guess the same could be said of black metal. If I would have to give an improvement to our beer, I think I would have liked to pushed the bitterness a bit more to challenge people more.

Thank you so much Mattias for your time and interesting answers. Enjoy the rest of the festival!

Keep an eye out for our review of this unique beer! 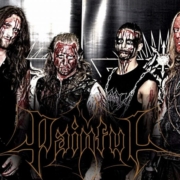 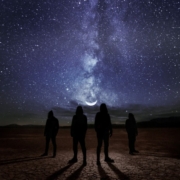 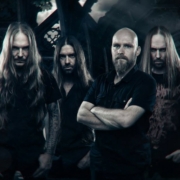 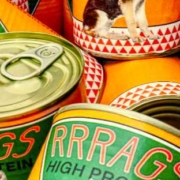 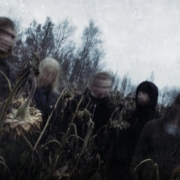 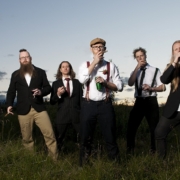 Interview The Great Old Ones (Hellfest 2018)
Scroll to top