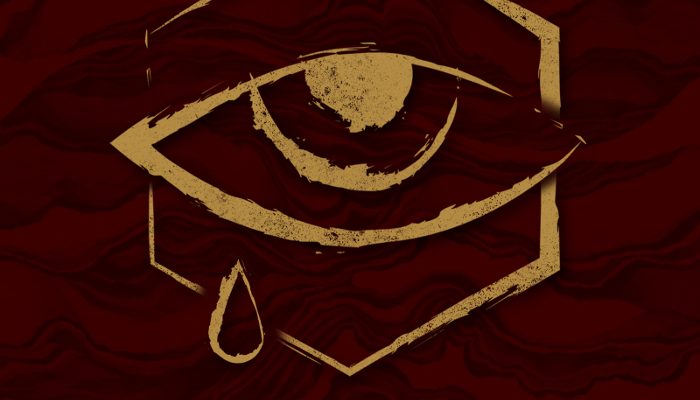 Sometimes in between all the bands and artists thrown in our direction as a reporter for a music zine, you come across that one person you really want to support in whatever they do. For me, one of those people is the Finnish musician/producer Jay Ray. He’s been relentlessly working on his music for the past years, learning the skills to record, mix and produce everything just the way he wants it to be. Besides original songs, he has a bunch of covers and remixes of songs by Linkin Park or more notably Serj Tankian, with which he won a prize picked by Tankian himself. Throughout the years during which he honed his skills, he’s been gathering quite the following by being so consistent in the quality of his music and his positive, honest and thankful way of communicating with his fans along the road. He’s been releasing some songs here and there, but now finally the time is right for his very first album: Self-Resonance.

On the album you can of course find back some of the songs that have been produced by Jay Ray and brought him to the attention of people all around the world during the period leading up to this release. Songs like fan favorites The Great Art of Living, You Were There and most notably Lost Chance, a collab song with producer Paul Udarov. It gave me already a good idea what to expect from this album: metal/rock with a lot of melody, emotion and quite a few touches of electronica. Or in his own words “electronic/orchestral rock/metal”.

Jay Ray’s signature vocals are often mostly clean, reminding you of Linkin Park‘s Chester. The songs You Were There and Lost Chance are a perfect example of a style that could perfectly get quite a bit of air time on radio channels with alternative or rock music. But just like Chester, Jay Ray knows how to open up a totally different register and get some harshness out there as well. In this The Great Art of Living gives a good sample of how he manages to combine a ton of different music styles from electronic music to melodic rock/metal to metalcore/groove metal.

I already knew that he has quite a wide range in music styles and vocal capabilities, but I have to say that I was pleasantly surprised when I got to hear his first single 137. When the second full track of the album kicks in, you get a wall of crushing groove metal guitars thrown in your face with a strong “Now break it down!”. After peaking my interest and already getting me excited and riled up, he immediately switches to clean vocals that remind me really much of another favorite band from my youth, namely early Taproot. And that’s basically the blueprint for this song and actually most of the album: switching between melodic and harsh parts that makes it damn heavy, but catchy at the same time. He manages to weave almost poppy melodies and hooks with some of the harshest work I’ve heard of him… Look at Left of You that explodes in full ferocity with riffs that are up to par and could rival some of the better work of industrial metal bands like American Head Charge or Mushroomhead.  And it’s not by accident that I mention those 2: besides the music itself, quite regularly the vocals remind me of either one of these bands. Which is again definitely not a bad thing. Especially when you take in account that Jay Ray is doing everything completely on his own where in the other bands are about 6-7 people…

Crucial Fracture is back more in the direction of the music we heard before, delivering a less heavy song for most of the time. The electronic music comes a bit more to the forefront here, but it never gets annoying or boring. The song builds up and down with a slower pace, but enough bombast to keep you interested. Paranormal and King Vultures cranks up the groove and industrial feel so much again with fast paced guitars and electronic beats/tunes running along that I personally just can’t help myself but being all pumped up. Earlier mentioned bands easily come to mind again and damn, I dig it! In King Vultures the more clean rapping and singing this time even reminds me of some of Fred Durst (Limp Bizkit)’s work.

One of the highlights for Jay Ray‘s career and actually of the album is the more intimate and emotional Striven. For Jay Ray it’s a highlight because for this song he got to work together with vocalist Marko Saaresto from the popular Finnish rock band Poets of the Fall, of which he has been a fan for ages. For the album it’s a highlight because this is just one of those songs that will stand the test of time. It’s so well-crafted, feels so smooth, perfect and emotional that despite personally being more into the heavy, high-paced stuff I always catch myself looking forward to this point of the album. It’s such a gorgeous song that it just simple gives me comfort and usually a content smile on my face. Jay Ray‘s voice, reminding us really much of Chester here, is a perfect match with Marko‘s and I can’t get enough of the harmonies. I dare to bet that this might be the song that gives Jay Ray a break and gets him picked up by more people. If radio channels (rock/alternative and more mainstream) don’t give this a lot of airplay, they have plugs in their ears.

I probably could go on about this album for quite awhile, because there is so much to discover in as good as every song. I’d advice you to just check it out yourself and get convinced. Jay Ray has talent in heaps and Self-Resonance feels like the next step in his career. Musically there’s influences of pop, industrial metal, groove metal, metalcore,… all blended together naturally without anywhere clashing for a second. The orchestration and electronic music interwoven with all of that makes his music heartfelt, emotional and damn epic at times. Fans of music like (old) Linkin Park, Taproot, American Head Charge, Mushroomhead and a ton of others will most likely find this a most interesting release, sounding familiar but original at the same time… simply exemplary contemporary music writing!

One thought on “Jay Ray – Self-Resonance”