King Dude (the nom de plume of TJ Cowgill) confronted the making and breaking of love with the gothic glamorama of 2016’s Sex, and now he’s ready to tackle another one of life’s inevitabilities—war. The Luciferian rock ’n roller has announced his seventh album, Music To Make War To, and unveiled a video for “Time To Go To War, “ the first of a trilogy of videos teasing the LP’s release.

Made in collaboration with Shaun Bass and Carmel Koster, the video chronicles a bloody, candlelit Last Supper scene that showcases Cowgill’s propensity for macabre beauty along with his talents in falconry. “Time To Go To War” is the world’s first taste of Cowgill’s exploration of humanity’s propensity for conflict, both within and beyond our immediate surroundings. From global combat, to familial strife, no echelon of war is safe from Cowgill’s barbed lyrics and aggressive, boots-to-the-ground melodies

Cowgill about the record’s themes:

“In many ways the act of war creates the opportunity for great acts of courage, moments of compassion, times of reason, thoughts of regret and a deeper understanding of love. Now more than ever, in times like these when it appears that some invisible yet inevitable war is on the horizon, it is crucial to recall the past and the total reality of war.”

Cowgill began churning out devilish neo-folk as King Dude in 2010, with the barren and eerie acoustic tracks of My Beloved Ghost. Cowgill’s sound has seen a staggering evolution, strapping his plaintive songs with bombastic ‘80s sheen (Fear, 2014; Sex, 2016) while still dabbling in heart stringing Luciferian balladry (Songs of Flesh & Blood — In The Key of Light, 2015). Music To Make War To finds the King Dude persona at its most poised and fully realized.

Music To Make War To will be released to the world on August 24 via Ván Records. Catch King Dude at Los Angeles’s The Lash on July 13. More news to come. 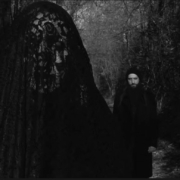 SHORES OF NULL premiere brand new video clip for “Beyond The Shores (On Death And Dying)”! 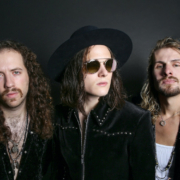 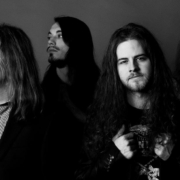 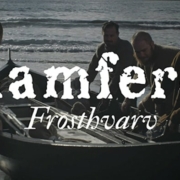 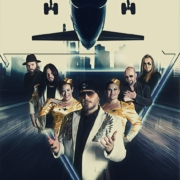 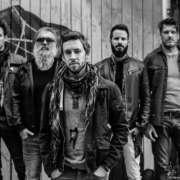