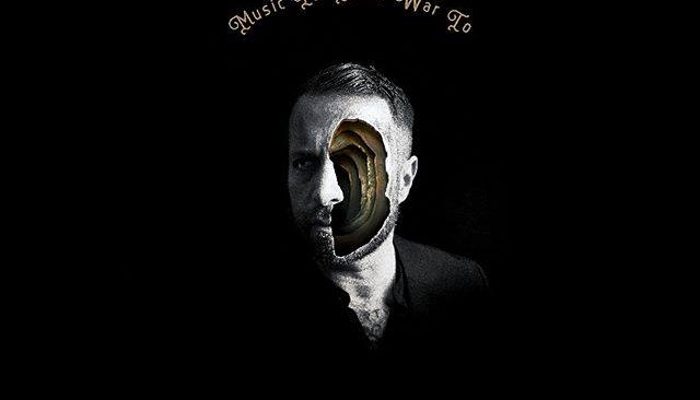 He’s been around for quite a while now, but I only now properly picked up on him: King Dude. The alter ego of TJ Cowgill brings a variation of dark, occult and gloomy music, often dubbed as a Luciferian bard due to his personal beliefs. Earlier he earned his stripes in dark neo-folk while more recently he ventured into a more rock sound, both similarly dark and off-putting. Back with release number 7 “Music To Make War To” I’m curious what we’ll be getting this time.

And to be honest, a bit of everything it seems. This record feels like an overview of the man’s career, a conglomeration of his highlights. Basically you can boil down the music of King Dude to 3 major chunks: you have the neo-folk part, the post-punk/Gothic rock/rock ‘n’ roll sound and his more experimental “throwing a curve ball” side. And for all 3 of those you can pick out the songs that fit the bill. “Music To Make War To” is also an album dedicated to take a look at conflict in several aspects of life, going from love to religion to actual wartime conflict. Actually the album’s entirety, from music to lyrics and vocals, is filled with conflict put to the front and center.

Openings track “Time To Go To War” starts the album off with a neo-folk style song. The eerie song takes you on a dark trip with just a piano and TJ‘s vocals. The dark tome and deep voice reminds you of a slightly less gritty Nick Cave and an emotional touch that makes me think of Lou Reed. With the lines sang in a very depressive way at first they might come across as apathetic until you see the burning fire in his eyes in the video. Another track in this line is the slowly marching and stomping “Twin Brother of Jesus”, another eerie musical creation where he seems to go even darker at times, bringing a touch of the tortured voice of Johnny Cash (think “Hurt“). It feels like he’s putting more emotion in this song, giving it a very nice soul sound, especially when the female backing vocals pop up again. The album closer “God Like Me” fits this slow pace of dark neo-folk tinged songs, where he again seems to dig deep into his emotional range. When his vocals are again accompanied by some simple piano, they remind me more of Leonard Cohen, which is definitely a very pleasing range to close the album with.

Second track (and second single) “Velvet Rope” brings his more uptempo rock side to the surface. It’s more catchy, there’s a rock ‘n’ roll feel to it and well-known Goth bands like Sisters of Mercy and the post-punk legends Joy Division are never far from your mind. TJ‘s deep voice sticks to the regular depressive tone that sort of gets a different dimension backed by the rock music. In “Velvet Rope” those vocals make me think of even the Finnish Goth ‘n’ roll 69 Eyes‘ vocalist Jussi 69. “I Don’t Write Love Songs Anymore” brings that post-punk sound of Joy Division (or contemporary post-punk outfit Grave Pleasures) even more: punkish chords with a depressed sounding gravel voice on top that sounds both sad and uplifting. You’ll soon find yourself move along to the music and sing along to the lines “Where have you gone? If you don’t love me, just go and say it, it isn’t wrong“. It’s quickly followed by “Dead Before The Chorus”, which is most definitely one of the heaviest tracks of the album, bringing up his inner Devo with the somewhat manipulated vocals, uptempo bass lines and guitar riffs.

When talking about the curveballs on this album, the track “Good & Bad” is a good start. The blues/jazz duet with Josephine Olivia is a groovy slow burner that just oozes sex at every seam of its music and lyrics with a baritone sax that brings just that little “extra”. “In The Garden” on the other hand introduces a very rare electrobeat, touching the realms of synthwave/-pop but still adding that dark tone with TJ‘s signature vocals, further bringing out the Lou Reed side of this range. A second heavier track would be “The Castle”, with an uptempo 60’s and 70’s R&B and blues rock sound bolstering catchy riffs reminding me of bands like Blue Cheer, The Kinks and the lot. Lastly there is “Let It Burn”: a dark americana/country-tinged track with an almost bubbly vibe and TJ bringing up the crooner in him. It’s so “out of tune” compared to the rest of the album, you’d think it’s some kind of a parody of a kind of stereotypical kitschy country that most of us probably don’t like. But King Dude somehow manages to bring it down to a damn great track!

King Dude delivered with Music To Make War To a very diverse album that shows off all his good qualities with great success. Add on top of that the intriguing theme of studying conflicts from several different angles and you get yet another enormously captivating release by this rather unique artist. For fans of darkly tinged music with loads of special atmosphere and emotions to chill or even possibly rock out to, you’re at the right address here… 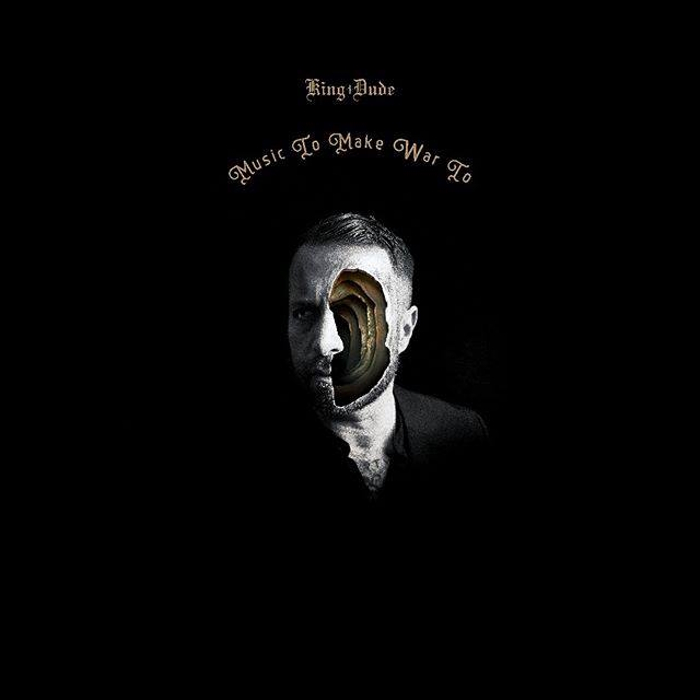 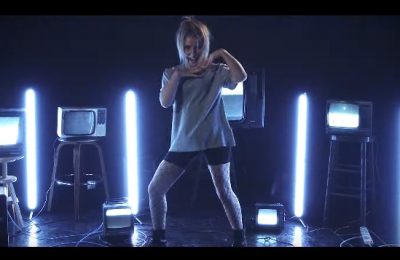