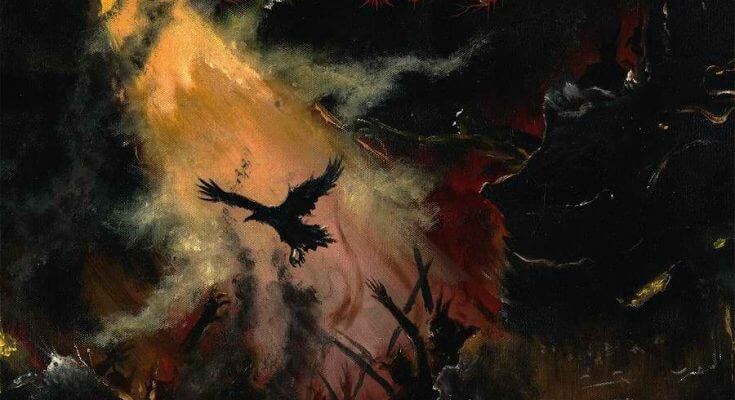 The year 2020 so far has been successful for the Suomi black metal bands with outstanding albums from bands like Faustian Pact, The True Werwolf, Norrhem, and Aethyrick. Another worth mentioning Finnish band is, hailing from Helsinki Finland, known as Korgonthurus. The black metal outfit was originally formed twenty years ago and went through many ups and downs, splitting up several times but now since 2017 steadily active with original founders Kryth and Corvus at the helm. Korgonthurus discography includes several demos, split albums, EP’s and presently the Finnish trio is back with third full-length album Kuolleestasyntynyt.

Korgonthurus possesses the old school qualities of pure Finnish black metal bands like Horna and Sargeist. The newest offering reflects the true and primitive sound of the second wave of black metal. Opening track (and title track) gives the album a sinister tone of Nordic majesty. Kicking in with fast and raw black metal riffs, the influences of for instance Gorgoroth give it an old school impression. Korgonthurus goes even further as they present the pure melodies of 90’s black metal. The tracks involve many tempo changes which show how the band is capable of invoking the dark and sinister melodies. The growls of vocalist/guitarist Corvus portrays harsh and sinister screeches and recently joined guitarist Insanis Xul brings abrasive and sharp barbed-wire riffs.

The raw tonality of subtle dissonant patterns is mixed with primitive tremolos. The rhythmic changes in the guitar riffs resonate and vary by the intensity of the aggressive drumming. Tuhontuoja showcases talent and the songs are layered with the melodic qualities of Finnish black metal. And they set a melancholic mood with the tremolos from the lead guitar shining in the background. Korgonthurus cast a rather chilling melodic tone that resembles the raw and melodic style of Sargeist.

While the band doesn’t try to re-invent the wheel, they play with melodies brilliantly and the tremolo pickings add a malicious atmosphere. The further down the album you go, the tracks continuously grow and become malicious and melodic. Korgonthurus has unique abilities to alter from straightforward aggression and blast beats to unhinged tempos. Kuolleestasyntynyt is symmetric and distinguishable filled with chord guitar hooks and Nordic melodies.

Riivattu is brought by abrasive guitar riffs with vocalist Corvus adding extra appeal to the songs. As I mentioned before the album involves many subtle patterns of pure Finnish aggression. Musically the album is better than the contemporary albums of Horna, the song patterns include superb lead guitar work. Drummer/bassist Kryth‘s performance is organic and provides the backbone to the band, the vitriolic outburst of crashing cymbals and blast beats are well executed. Yön Lapsi adheres to the core of the Finnish old school black metal, chilling tremolo pickings and drums creating a harmony.

The majority of the tracks on Kuolleestasyntynyt have a particular quality as they reflect on a sinister atmosphere. This gem of an album explores the old school ways of the second wave of black metal. Once again the final track Nox draws a beautiful harmony between the melancholic tremolos and the pacing drums. With harsh and wailing screeches from the vocals, the guitars are charged with the surreal melodic hooks. Chord laden guitars make the riffs sound memorable the band focuses on the mid-tempo. Some of the riffing parts on this nine minutes epic track reminds of the U.S. black metal band Uada.

Kuolleestasyntynyt is dedicated to the fans of Finnish black metal with six tracks that could be described as catchy and melodic black metal. For fans of Horna, Gorgoroth and Sargeist this is a worthy album that deserves your immediate attention! 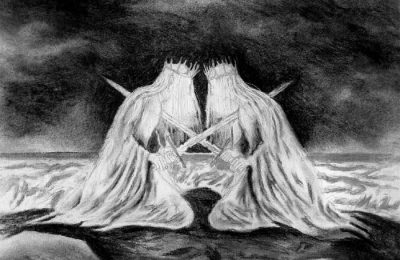