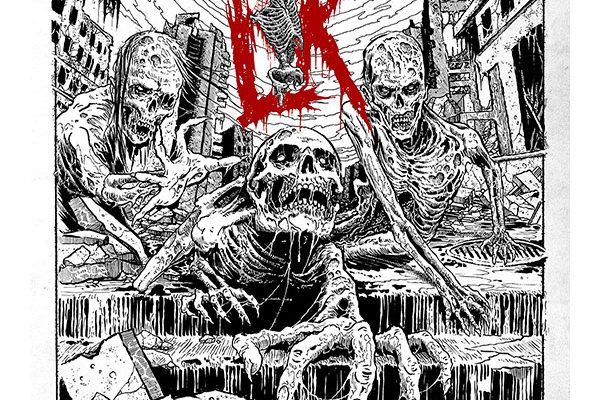 Sweden has been a breeding ground for many death metal bands. The success of dilating the HM-2 distortion has been one of the prime destructive weapons that elevated the platform of the Stockholm brand of death metal. Each year this scene produces tons of output, despite the dominance of bigger acts such as Bloodbath and Demonical ,the scene has encouraged newer outfits to emerge. The band LIK committed itself to be among these promising new bands from Sweden. Two years after releasing their sophomore ‘Carnage‘ the quartet bounces back in their strongest form yet. For those who are unaware of the meaning of the band, LIK translates to ‘corpse’ in the Swedish language. Through its lineup, there are some familiar names in the underground scene such as vocalist/guitarist Tomas Åkvik (Bloodbath live, ex-Katatonia), drummer and vocalist Chris Barkensjö (Witchery, ex-Repugnant, ex-Carnal Forge), guitarist Niklas Sandin (Katatonia, ex-Bloodbath live) and bassist Joakim Antman (Overture).

With such experienced musicians, there is no doubt about the direction of the music. As a matter of fact, LIK has been building their sound to the standard that defines the traditional style of the Swedish death metal. ‘Misanthropic Breed‘ builds on the characteristic elements that the band has been formulating. Within the limits, there is a clear homage to bands like Entombed and Dismember. The album initiates with the adrenaline rush ‘The Weird‘ , bolstered by massive guitar distortion and propelling drum beats. LIK takes you on a roller coaster ride. With the growing madness of the frenzied growls and the heavy bass lines the songs hold you by the neck.

Despite the ephemeral guitar hooks, the songs kick hard with the galloping riffage and harmonies shrewdly infused in the songs. Yet the inspiration spread to embrace the melodic flair of heavy metal. The next one ‘Decay’ is also powered by the effect of the HM-2 distortion. Their third album is full of infectious riffs and this truly explains why the band is at their best form. The onslaught of the guitars and the bass creates a massive wall of sound. LIK is akin to the modern style of the Swedish death metal.

But their music isn’t about mimicking other bands. Listen to ‘Funeral Anthem‘ and you will come to know that this band doesn’t mess around! You can almost feel the energetic vibe of the cascading riffs with rhythm guitars and athrusting drum performance. LIK combines the steady tempos with the booming sound of the bass guitar swelling into the aural savagery. The sense of unease and fury remains at high strength levels. ‘Corrosive Survival‘ begins at furious tempos, only this time the guitars are charged by tremolo-picked riffs. “Misanthropic Breed” is an energizing album, emphasized with the authenticity of the Swedish old school death metal.

‘Female Fatal to the Flesh‘ is prompted by the aural romper of the HM-2. LIK provides an incredible consistency the variety of driven riffs and rhythm guitars are quite indulging and yet there is more to expect. Coming to the instrumental title track the band presents some of the best guitar work on the album. From low peaks to the higher apex the songs emphasize the crunchy tone of the guitars. ‘Flesh Frenzy‘ becomes notable through its solid drumming performance, LIK employs different elements and by that, they have managed to transform each song into a raging beast. ‘Misanthropic Breed‘ is extremely powerful. The song structure is stemmed from infectious grooves and bulky riffs. Taking many elements from their past releases, the band also showcases a high level of technicality.

There are plenty of hidden hints that also bring Dismember to mind. One of the many, memorably tracks of the album, ‘Wolves‘ launches catchy melodies and galloping riffs. The militaristic drums are enough to shake your soul. Approaching the final tracks ‘Faces of Death‘ and ‘Becoming‘, LIK provides a concrete, solid slab of death metal. With the same energy that matches the previous tracks, the intensity of tempo here increases by the ponderous drums. Concerning the album production, the sound is massive and clear. ‘Misanthropic Breed‘ is no doubt one of the stellar releases of the year 2020, so make sure you check out this album! 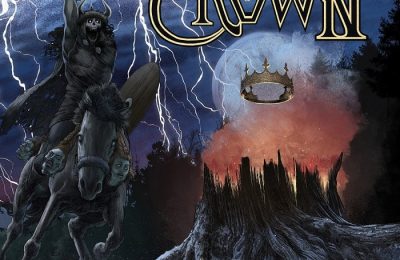 One thought on “LIK – Misanthropic Breed”