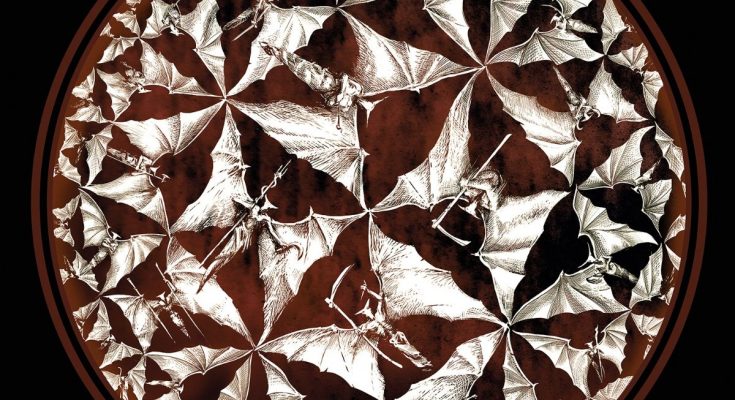 After a hiatus of fifteen years, the Swedish melodic black metallers Mörk Gryning are finally back with a brand-new album titled ‘Hinsides Vrede‘. Formed in 1993 in the glory days of early black metal, Mörk Gryning brought together all the grandiosity of the Scandinavian melodic black metal. The founding members Goth Gorgon (bass, guitars, keyboards and lyrics) and Draakh Kimera (drums, guitar, keyboards and vocals) were bonded by a unique chemistry. Mörk Gryning‘s success on the 1995 debut album ‘Tusen Ar har Gaat…‘ was quite remarkable. Their music conjured a grand and majestic illustration of keyboards, catchy guitar melodies and haunting riffs. Considering that around that time not many bands in Sweden approached this style with such ingenuity, their music was surely ahead of its time.

Mörk Gryning offered a comparison to the Norwegian and the Swedish black metal bands such as Dimmu Borgir, Naglfar and Sacramentum. Following the release of the sophomore album ‘Return Fire‘ in 1997, they continued to add more elements to their music. Only this time the band focused on brutality, ravenous riffs and blast beats. A few years later the band began to explore new elements and with the release of their third album ‘Maelstrom Chaos‘ in 2001, they have opted for an epic sound in general. Unfortunately, they have encountered several line-up changes, even though the key members Draakh Kimera (drums, guitars, and lead vocals), Avatar (lead guitars) and Goth Gorgon (bass, guitars, backing vocals) remained as the creative force of the band. The new line-up now includes C-G (drums) and Aeon (keyboards, guitars, backing vocals).

In 2020 Mörk Gryning seeks to elaborate the song-writing skills by focusing on memorable songs and melodic hooks. ‘Hinsides Vrede‘ is elevated by the craftsmanship of this Swedish superlative band. The new album feels inspired by creativity and its superb musicianship makes the album easily one of the most anticipated albums of the year. For over half an hour Mörk Gryning demonstrates many catchy melodies. The album begins with a short intro ‘The Depths of Chinnereth‘ which acts like a short teaser leading the way to follow track ‘Fältherren‘ which is ornamented by epic melodic guitars and ravenous black metal rasps. A mesmerizing set of elements such as the acoustic guitars adds depth to the music.

Mörk Gryning on their fifth album has achieved its quest. The quintet shows a great ability to merge their musical trademarks into an intellectual style. ‘Hinsides Vrede‘ features many standouts tracks such as ‘Existence in a Dream‘ with songs mainly focused on the old-fashioned style of symphonies. The tremolo pickings are introduced in such a mesmerizing way, thus enhancing the overall atmosphere. The songs are driven by raspy vocals and haunting guitar lines. These two elements give the songs a perspective, melodic luxury.

‘A Glimpse of the Sky‘ is saturated with epic symphonies that somehow match the atmosphere on the band’s classic debut album ‘Tusen Ar har Gaat…’.  Arguably this effort is by far the best since 2001’s ‘Maelstrom Chaos‘. At times the music oscillates dramatically between heavy uses of keyboards and the swelling of the guitars. Mörk Gryning focuses on the traditional methods of early Scandinavian black metal. However, the band eschews the modern complexity, preferring to deliver straight black metal. Despite the short duration of the tracks, the album contains many catchy songs that vary from mid to fast-paced tempo.

The heavy pounding of the drums on ‘The Night‘ shifts into straight forward blast beats. ‘Hinsides Vrede‘ is ridiculously catchy. The only issue with the album is that most of the songs are sporadic and short in length. In the context of their fifth album, Mörk Gryning surpassed my expectations. Their songs fall somewhere between the melodic and semi-symphonic style of black metal. Another aspect that has been successfully implemented in their song-writing is the use of the rhythm guitar. ‘Sleeping in the Embers‘ is one of those tracks that shows how the songwriting has become so tuneful and full musical phrasing.

‘Hinsides Vrede‘ emphasizes both aggression and melody with musical variation. The band creates many atmospheric qualities from folk melodies to symphonic black metal. Despite the great musicianship, the songs seem to end just after reaching its climax. The use of clean vocals also feels uninspired and it doesn’t add much to the songs. The final tracks such as ‘Without Crown‘ deliver a good mix of catchy compositions while the ambiance and the dramatic chants of the female vocals on ‘Black Spirit‘ adds a lot to the atmosphere. Fans who have anticipated the return of this Swedish black metal band, rest assured :‘Hinsides Vrede‘ combines the spine-chilling symphonies of the Nordic black metal.