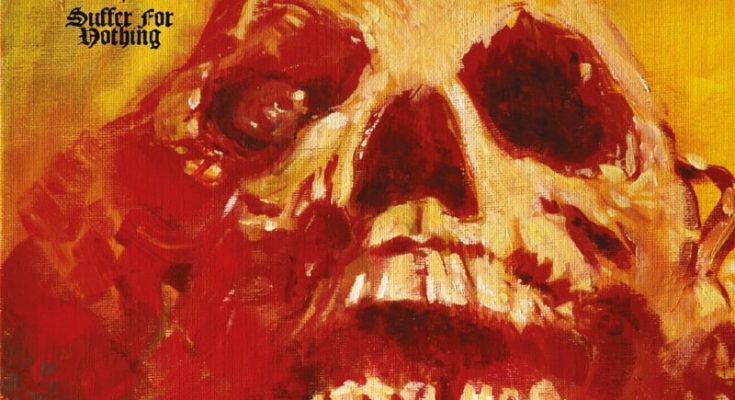 Hailing from Milwaukee, Wisconsin the U.S. death metal band Morta Skuld made their first appearance in 1990. Those who are familiar with the early death metal scene in the USA, are cognizant that the band has been playing their own style of old school death metal with a great variety of riffs. While the early career was somewhat challenging due to the number of bands that dominated the scene, Morta Skuld was significantly overlooked and perhaps their musical work never achieved the fame of other bands like Death, Morbid Angel, Obituary, etc. But there was absolutely no doubt that their classic outputs such as ‘Dying Remains‘ and ‘As Humanity Fades‘ were deemed high-quality releases. Throughout the initiating years of 1990-1997 the band released a few demos and four studio albums. Unfortunately, they quit in the same year, only to reform back in 2012. With their 2017 comeback album ‘Wounds Deeper than Time‘ Morta Skuld showed a locomotive ability in their straightforward approach to death metal. Despite the direction of the album, they have somehow departed from the classic sound of death metal, but their musical facets like the mid-tempo sections and the solos remained infectious.

After making a good return, the U.S. quartet are now back in business again. After some lineup changes the newest album ‘Suffer for Nothing‘ is fronted by long-time member Dave Gregor (guitars, vocals), Eric House (drums), Scott Willecke (guitars), and John Hill (bass guitar). Morta Skuld on their sixth album continues with the dynamic pace of the music, even though the newest output isn’t that different from its predecessor. Being rooted in the U.S. death metal scene for thirty years, the band seems to modulate the craft, although the biggest improvement comes in the quality of the riffs. From the start of the album ‘Extreme Tolerance‘ is a great opening track that combines excellent riffing in the mid-tempos. Post the classic age Mortal Skuld doesn’t seem too concerned about restoring the old sound, but this doesn’t mean that the album is devoid of any great moments.

‘Abyss of the Mind‘ combines the pure old school riffing style in the mid-tempo proving that this time there are a variety of infectious riffs. There are many catchy riffs, but thankfully the band eschews the use of unnecessary melodies. Between the slow and the mid-pacing sections, Mortal Skuld offers a classic touch to their new songs. Dave Gregor and Scott Willecke produce a wall of sound while the drummer Eric House adds enough brutality to the songs. ‘Suffer for Nothing‘ attracts the listener with an excellent performance, although there is a good alteration between the drum pace and the riffing, the musical formula feels inspiring. With enough diversity among the nine new tracks, the quartet clearly shows how they can approach brutality in the classic style of death metal.

Morta Skuld leaves no room for flaws, they have added the element of force. ‘Dead Weight‘ is one of the examples that display such brutality. There are also plenty of qualitative riffs and grooves applied into the formula. With the laden tremolo pickings and the impulsive pace of the drum beats highlighting the work on the album. Upon their thirtieth anniversary ‘Suffer for Nothing‘ unbridles the sonic assault of the band and the result is an unprecedented scale of musical consistency.

‘Divide the Soulless‘ and ‘The Face I Hate‘ both imply the blistering pace of the drums and its sonic brutality. These two tracks are enough to prove that the latest album is more comprehensive in scope. Perhaps the most characteristic element of the band is personified within the guitar department and as a matter of fact, the guitars execute some memorable solos. The bass tone sounds fat and acts as a basic and fundamental structure to the songs while the drum performance is tight and straight to the point. All these measures such as cohesion and songwriting make the latest album more enhanced and excelling. The album title track is highlighted by the prominent growls and the machine gun caliber.

Although you cannot deny the clear semblance to thrash metal on their newer material, this is what keeps the songs flow at a vigorous pace. To the final tracks such as ‘Facing Mortality‘ and ‘Machines of Hate‘ Morta Skuld provides heavy tonal riffs. ‘Suffer for Nothing‘ is a high standard death metal album, but the tons of killer releases that already came out this year will make it hard to revisit this album more often.

One thought on “Morta Skuld – Suffer for Nothing”