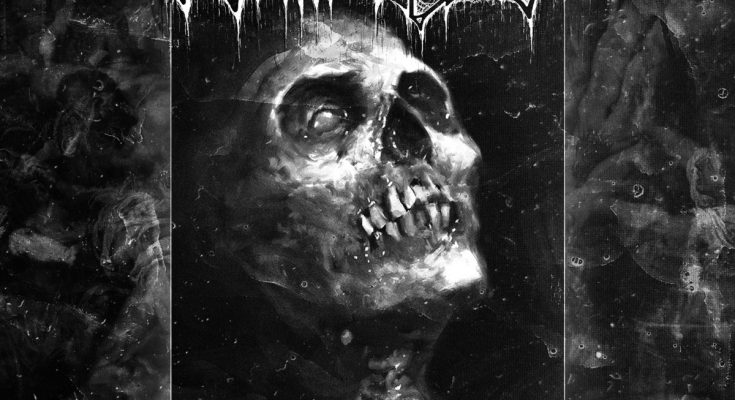 In the early 90’s Sweden commenced with its musical involvement in extreme metal music. As a result of such innovative inauguration there was a considerable outflow in the number of bands that shuddered the entire Scandinavian scene. The thing about the Swedish death/black metal bands is that they have been propagating to a set of individual musicians and entities. Needful to say that the quantity of bands today have exceeded the number of the Babylonian gods.  And as a source of inspiration we have many outfits who have burrowed their band titles from the Babylonian deities. For example the Swedish black metal band Marduk took its name from the ancient Mesopotamian god. In similar case here we have another outfit which is also from Sweden, Musmahhu which means the exalted serpent. Is an ancient mythological hybrid of serpent, lion and bird. Musmahhu presents its debut with the highest form of obscure and profane style of death metal, Reign of the Odious which is the album title shows a great transitional form to brutality.

Musmahhu was formed by the productive and the multi-instrumentalist Swartadauþuz , and vocalist Likpredikaren. After releasing several demos, E.P.’s and albums under project bands such as Beketh Nexehemu, Azelisassath, Svartrit. Reign of the Odious is the first album based on his personal vision that manifested within his dark mind from the realms of darkness. And comes as a natural outcome of his musical journey, the album is parallel to many albums such as Behemoth’s Satanica , and Vanhelgd‘s 3rd album Relics Of Sulphur Salvation. The album kicks off with a storming malevolent force which is built on massive wall of sound. Apocalyptic Brigade of Forbidden, can be described as pure blackened metal anthem. This track is provided with elements of black metal shifting between mid-pacing riffs and hyper blast beats.

Musmahhu, Rise! Shows more variation from the opening track, it starts slow with rapid double bass then transforms into chaotic force. However there is a good balance and the transition from the slower parts to thunderous blast beast are excellent. Performance wise the guitar pervades the atmosphere and with minimal use of synth that makes this track so dark and evil. Reign of the Odious is a primordial death metal album and surprisingly it’s firmly attached to the modern sound of the Scandinavian black metal records.

Musmahhu has displayed a unique pattern when it comes to guitar riffing, the swirling tremolo riffs, the frantic blast beats are mostly achieved with violence and brutality. The second half of the album exhibits a darker experience for example Reign of the Odious which is the fifth track continues with the mysterious atmosphere. You can literally feel the essence of darkness piercing your soul, the hatred of the evil verses are uttered in a macabre fashion. This insidious craft leaves no room for melodies to breath, but allows the instrumentation to shine in slow pacing in the middle section. Yet there many moments where the band tends to intensify the sinister feel, the focus here is mostly outpoured on the musical variation.

Even though the band is labeled as a death metal band there are many influences from black metal. Spectral Congregation of Anguish has an excellent quality of fast dynamics and the storming riffs  are backed by maniacal evil vocalization of Likpredikaren. Swartadauþuz has ultimately achieved his purpose, there is no doubt about how good the songwriting on this debut was made. The drums are incredibly performed in shaping up this record with the surge of the violent riffs. Thirsting for Life’s Terminus wanders into eerie and chilling soundscapes of both genres (black/death) domain. Reign of the Odious is built upon dark atmosphere and they are not necessarily relied on the expansive melodic portions. This a great record conceived with a great sense of imagination.