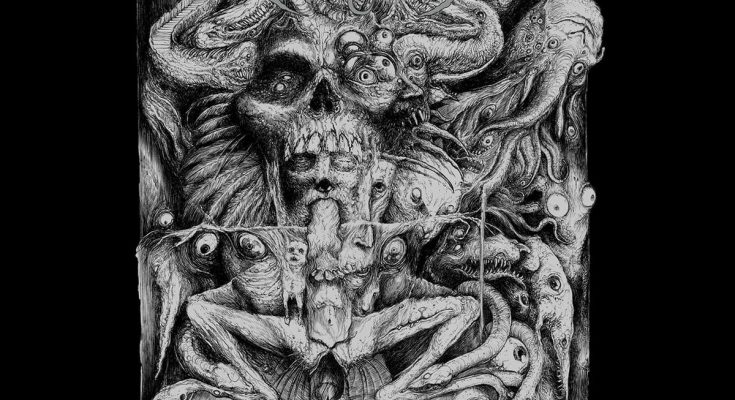 Sempiternal Dusk conjure sepulchral sound from the hollow realms of death/doom metal. Cenotaph of Defectuous Creation is the second album from Portland’s, Oregon based death/doom metal band. The quartet expands their crushing sound towards darker atmospheric style of death metal combined with some elements from black metal as well. The band debuted their self titled studio album five years ago, but it didn’t reach to the state of recognition. Sempiternal Dusk is comprised of four members who are also active in other bands such as Nightfell, Shroud of the Heretic, The Warwolves and Weregoat. The long awaited album “Cenotaph of Defectuous Creation” thrives on deeper and horrific transitions to attain a creepy sensation that boost a sonic intensity on the album. The second outing includes four monolithic tracks led by monstrous growls, there is also a certain degree of density which is built for compactness.

Throughout the album the band creates a massive wall of sound which provides an oppressive layer. The oscillating dark rhythm on the second track “Excavated Filth from Dimensional Incarnations” is the central point which hovers over the sprawling atmosphere. And with heavy crushing riffs, double bass and towering rhythm guitar the menacing atmosphere broods over the album duration. The song structure is mostly built on mid tempo, and there is a close musical resemblance to bands such as Krypts and Incantation. Sempiternal Dusk transform the faint and melodic undertone allowing it to flow beneath the wall of sound.

While the repetitive riffs are brilliantly executed you can sense the dark patterns ornamenting the atmosphere. The massive guitar riffs on “Orgiastic Feast upon the Martyred Flesh” shifts into crushing brutality. It is only on the third track where you can hear the drums unleash a series of blast beats, the vocals are mainly guttural and sepulchral. The band can simply waver the tempo from fast to slower moments and they often cross the critical zone of the crushing monolithic tone of death metal. And while still keeping the dark atmosphere intact the band have reached to a clear level of expertise on the second album. There is a great sense of dynamic quality in the guitar and drums in changing the tempo of the track.

Cenotaph of Defectuous Creation is a captivating album and the overall quality here exceeds the effort on the debut album. The heavy and brutal riffage is followed by constant double bass that creates a wall of sound. Sempiternal Dusk seems to master their art of death/doom metal, each riff is like a monstrous tidal wave that has a monumental and crushing brutality. The approach to death/doom isn’t quite similar to bands such as Hooded Menace. The band improvise on cruel and harsh brutality, there is a robust mixture of old school death metal with a gloomy charge of doom metal dynamics. The fourth and the furious death metal track “Beneath the Emblems of Death” is the shortest track on the album.

You can hear the extreme blast beats striking at full strength for straight one minute. The track is followed by another captivating entry “Refracted Suffering through the Windows of Hell”. And that’s when all hell breaks loose, the band abruptly shifts into pure death metal brutality. Every cumulative riff on this blistering track has a horrifying segment, Sempiternal Dusk clearly set a new height for themselves with the second album. The second album have surprisingly surpassed the expectations of many fans who have been waiting too long for the release of the new album.

It’s obvious that the death/doom metal outfit has possessed a great sense of quality and were able to create such a massive and thrilling tracks. Though the emphasis on a murky production isn’t what the band intend to display, Sempiternal Dusk have explored their sound thoroughly. And without being close to other acts like Dead Congregation the band is overly dynamic if compared with the Finnish death doom band Krypts.

The skillful performance on the final track “Spears of Pestilence” expands towards the atmospheric death/doom reverb. All the dark and brooding elements are featured on this monolithic ten minutes track. The approach to cavernous death metal is disposed with a crushing force of the pounding blast beats and double bass. There is a considerable amount of churning riff that makes the atmosphere simultaneously sound distinctive and palpable. Sempiternal Dusk have delivered a devastating slab of old school death/doom metal album.

With enough brutality measured across the monolithic cuts Cenotaph of Defectuous Creation is a supreme record that shouldn’t be missed. For fans who have referred to similar bands like Krypts, Cruciamentum, Disma, and Incantation. This album explores the depths of cavernous death/doom metal vibe, Dark Descent proudly presents this ultimate masterpiece for the fans of the genre, this is essential! 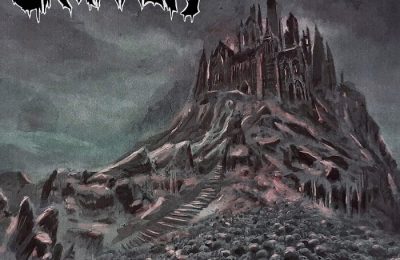 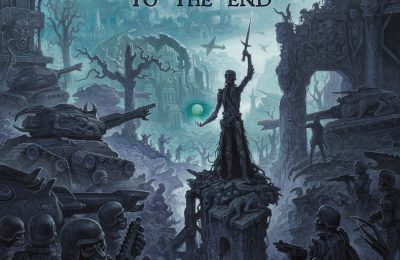