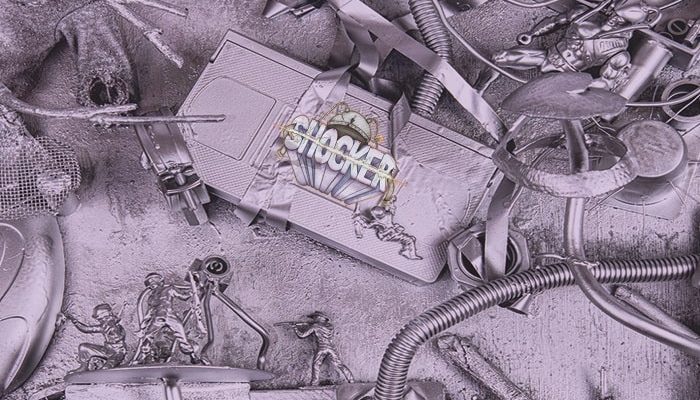 Shocker is a Belgian heavy metal band formed in 2018 by quite a couple of seasoned musicians of the Belgian music scene. The band consists of guitarist/keyboardist Chris Dedeurwaerder (ex-Phoenix Rebellion) who brings an 70’s psychedelic/rock vibe to the table and turned out to be a piano/keyboard wizard as well. Drummer Jelle Vandewalle has the wide knowledge and tools to add the rhythm and crazy fills that Shocker needs. Bassist/backing vocalist Koen (formerly of Wapenspraak & Drinkgelag, Demonizer, Zwartketterij, Huldrefolk and more) is the man with a thousand ideas that keeps everyone pushing themselves and think outside the box. Guitarist David Vandewalle (formerly Anesthesy and Artrach) is the solid rock of the band who keeps everything tight with his unique guitar playing that keeps amazing us. Last but not least, we have vocalist Sammy Peleman (formerly After All and September Syn), who seems to have found a more mature version of himself and shows that he is capable of much more than just high pitched screams.

So this was the introduction of this new Belgian band but they also have released their debut EP called ‘Shocker’, let’s have a quick listen. The EP opens with ‘Thrillseeker’ and you already feel that old school heavy metal vibe and Sammy who sounds better than ever. A very catchy old school heavy metal song and brilliant opener off their new EP. ‘Twisted Shape Of Man’ is the longest song on this release with a beautiful piano piece in it and we hear the voice of Koen that has a more raspy quality to it. They know how to write long songs and keep them entertaining. And they continue with the old school heavy metal sound.

Then we have ‘The Genuine Falls’, a more slow song with again a beautiful keyboard piece that could be on a Deep Purple album and an astonishing solo. These guys know how to write an old school heavy metal song but they also have the experience. We end this EP with ‘Breaking The Silence’, my favorite of this album. It’s something very different but it’s really catchy and has an awesome feeling. An awesome ending to this four track album showing that there is much potential in Shocker. I look forward to hear more of them and see them on stage.