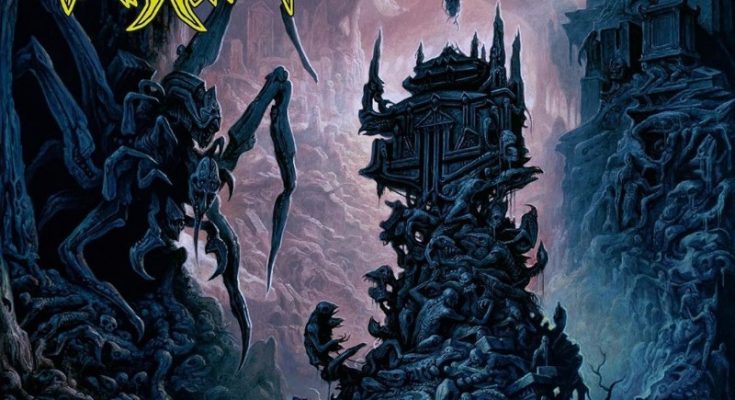 Californian based death metal formation Skeletal Remains has succeeded in many ways of going beyond the modern death metal bands. Since 2011 the band has become a true disciple of the ninety’s death metal bands, yet on each studio album guitarist/vocalist Chris Monroy, and guitarist Mike De La O has represented a solid embodiment of death and nuances of thrash metal. Skeletal Remains hold on to the rotted sound. Their refined personification explains their gradual maturity. Their music is more of a recasting of the classic era of Death, Morbid Angel, and Pestilence. These solid modalities are characteristically structured in the band’s DNA. If you are familiar with the early albums such as “Beyond the Flesh”, “Condemned to Misery” to their 2018 offering “Devouring Mortality”, you will understand how their music evolved from raw death metal to brutal and aggressive approach. Now their fourth album titled “The Entombment of Chaos” incorporates an extreme formula, only this time they showcase a new range of brutality.

The band once again sought to work with Dan Seagrave and Dan Swanö for the artwork and sound production. With this collaborative work, Skeletal Remains simultaneously solidifies their ferocious persona. By adding drummer Charlie Koryn (Funebrarum, Ascended Dead) they have maximized the level of brutality.

Right after the sci-fi atmospheric intro “Cosmic Chasm”, the album kicks off rapidly when the guitars begin to churn out irresistible power on the following track “Illusive Divinity’. The drums frequently create waves of double bass and blast beats. There are few changes to notice regarding the vocals. Chris Monroy’s provides the songs with high pitched aggressive growls. The Entombment of Chaos is a bombardment of frantic riffing and the band showcases technicality. With these changes, Skeletal Remains seem to fortify their musical strength. Each riff sounds distinctive including the frenzied solos.

There are plenty of sophisticated tracks such as “Congregation of Flesh” and “Synthetic Impulse” that conveys straight brutality. The song arrangements expose the old school influences while each drumming pattern and fillings are professionally executed. Although the newest offering feels more visceral focused on mid-tempo and blast beats, Skeletal Remains combines viciousness and brutality. The high-quality driven riffs and the grooves ooze from these tracks. The Entombment of Chaos delivers sledgehammering brutality where each track rushes into pulverizing groove. The album consistently evokes huge influences from Morbid Angel, Death, and Pestilence.

Arguably the most visceral and institutional adaptation that comes from the newest offering is from early albums of Morbid Angel such as “Formulas Fatal To The Flesh” and “Gateways To Annihilation. The entire duration of forty-four minutes brings you parallel to these ninety’s classic death metal albums. Throughout the years their musical prowess evolved from the rotten quality of retro death metal to the brutal model. It is worth to mention that the main composers of the band have perfected their take on the new-fashioned style of death metal. Although there is nothing groundbreaking here, the album achieved the classic sound of the old school era. With this method, Skeletal Remains apply the rotten elements of death metal. The framework is structured upon crunchy riffing and heavy power chords. This unprecedented quality is delivered across the songs. “Tomb of Chaos” is one of their energetic tracks that settle on mid-tempo.

Once the grooves are injected into the song, the band displays high technicality. This, while most of the elements here are related to death metal. Skeletal Remains also shows many nuances of thrash metal. In this fine distinction between these two genres, the Californian quartet combined high-octane performance. Chris Noah’s (ex-Warbringer) bass lines provide a fundamental tone to the songs. This formulation and the riffing technique has always been the most potent component of the band. “Dissecstacy” is one massive bulldozing track built on the pummeling force of the percussion. Skeletal Remains latest offering possesses extreme and brutal aspects. “Torturous Ways of Obliteration” triggers to capture the full intensity of the riffs and the incendiary solo performance. As a result of this aural evolution, Skeletal Remains aren’t shy to embrace few changes in sound.

“Eternal Hatred” shows such variation in pace. This mid-pacing track takes clear influences from Death’s “Spiritual Healing” album. The metallic drums and the surging riffs set things into motion as if the band combines the old school methods with modern refinement. While continuing in the same tone, the final track “Unfurling the Casket” mimics the melodic leads of James Murphy (Death, Obituary, Testament, Disincarnate, etc.).

The Entombment of Chaos also includes a bonus cover song from the Disincarnate classic album “Dreams of the Carrion Kind”, which features vocalist Simon Duson of Carnation. It took two consecutive years for Skeletal Remains to brutalize their sound on the album and they have successfully formed a fundamental vision to their latest successor. This is surely a masterpiece of an album, highly recommended for fans of Morbid Angel. 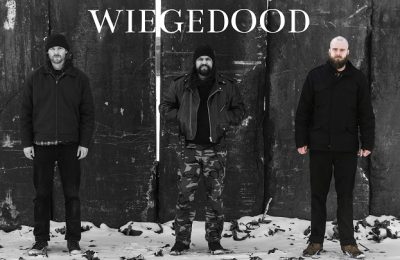 One thought on “Skeletal Remains – The Entombment of Chaos”