Winter is approaching and I’m living in Finland, so what’s better than an underground metal event matching the darkness and coldness you get to experience here? Not too surprising that I was looking forward to the second edition of SteelChaos, the indoors Winter edition of the highly praised Steelfest! With again an impressive line-up, I knew I was in for 2 long nights of top notch extreme metal at Nosturi in Helsinki…

Sadly, due to the weather and public transport not working along I had to miss out on the actual opening bands…, so for me the festival started with Galvanizer (***1/2). These Finnish youngsters have released an impressive death metal debut album this year and delivered their pounding metal with a grindcore groove to near perfection. As the only almost purely death metal band, it was heavy, brutal and just damn good. A nice little warm-up to the rest of the weekend. 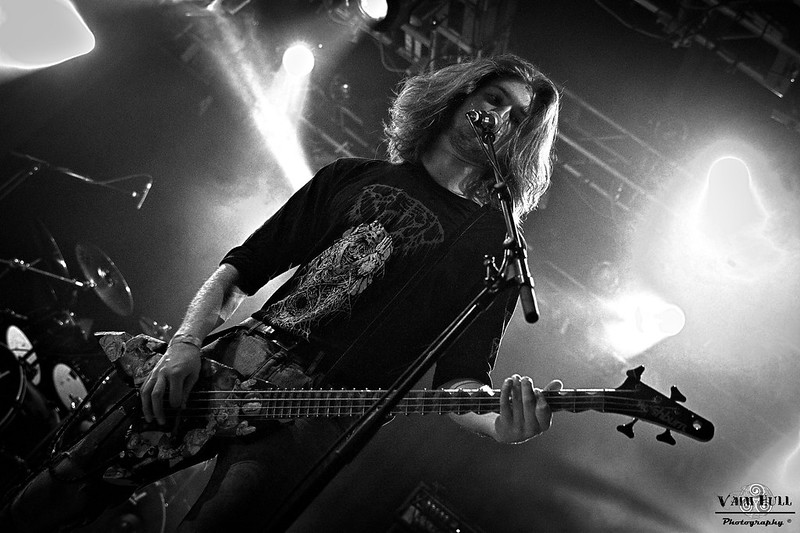 Finnish Evil Angel (***) was a whole other dirty beast. Their music is blackened thrash with raspy vocals and the complementary heavy/thrash metal scream every other time. They clearly are more focused on having a lot of fun playing their music instead of trying to be taken really seriously and that’s perfectly fine with me. Vocalist Orgasmatron showed up with quite the… euhm… interesting outfit, bolstering something best described as a “stud diaper”: some contraption made by a couple of studded leather straps that barely covered his dangly bits. The rest of show wasn’t very remarkable, just good old evil thrashing to keep us warmed up for the good stuff that was still to come. 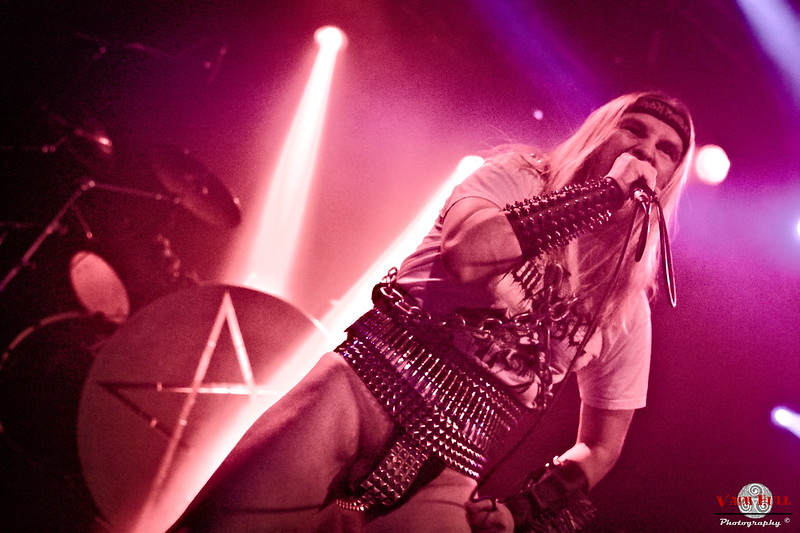 The first real proper black metal band of the night came when the Finnish black metal veterans The True Black Dawn (***1/2) showed up. It was harsh, bleak and damn evil, just what black metal is supposed to sound like. As a little exclusive extra, at SteelChaos the band performed with their apparently long planned “Meathook Mystery Theater”. The addition of a man hanging from a bunch of meathooks, added a certain edge to the show. I might have expected the show to be a bit more spectacular maybe, but it definitely had the right atmosphere. 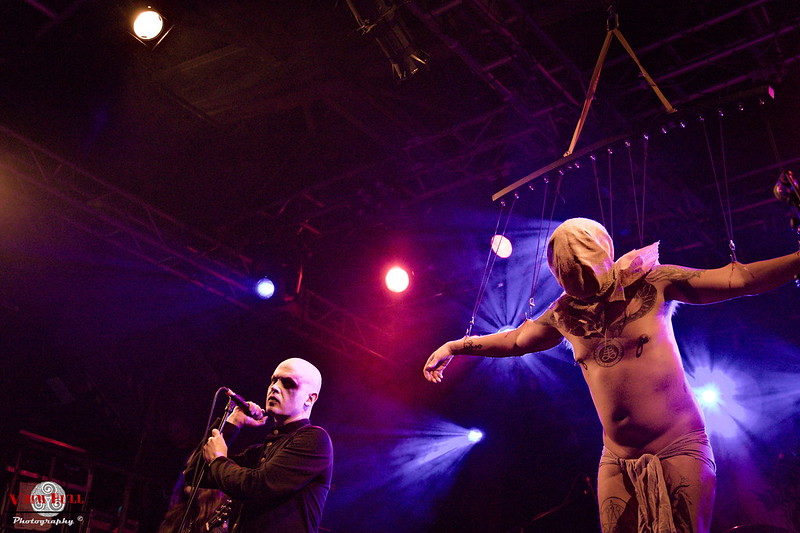 After the black metal show The True Black Dawn had played, the next band was a bit of a contrast compared to that. Finnish Armour (****1/2) plays a very typical kind of heavy metal with their main themes revolving around metal, partying, alcohol and sex. The band is actually split up but apparently the SteelChaos organisation managed to convince the guys to play an exclusive, one-time show! And despite the music not necessarily fitting in with the rest and overall atmosphere of the festival, they were received with great enthusiasm and simply threw one hell of a rock ‘n’ roll/heavy metal party! 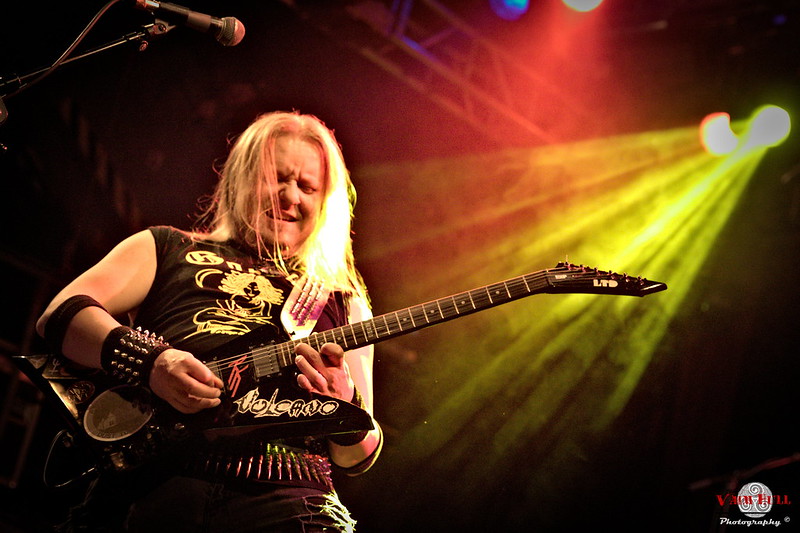 Then the moment came when me and probably a lot of other people had been looking forward to for a long time. The Swiss extreme metal outfit Bölzer (*****) made up for their cancellation of last year by coming back and simply blasting us away with their music. The massive wall of sound these 2 men produce is simply impressive as fuck. The thunderous almost primitive feeling music all draped in a thick layer of smoke and blue lights captivated every single soul present, grabbed them by the throat and didn’t let go for a single second throughout the whole set. With drummer HzR hiding in the back in darkness, the focal point was vocalist and guitarist KzR who is simply a beast of a human specimen who manages at times to belt out wails that I can only best compare to what whales can produce. Absolutely mind-blowing. 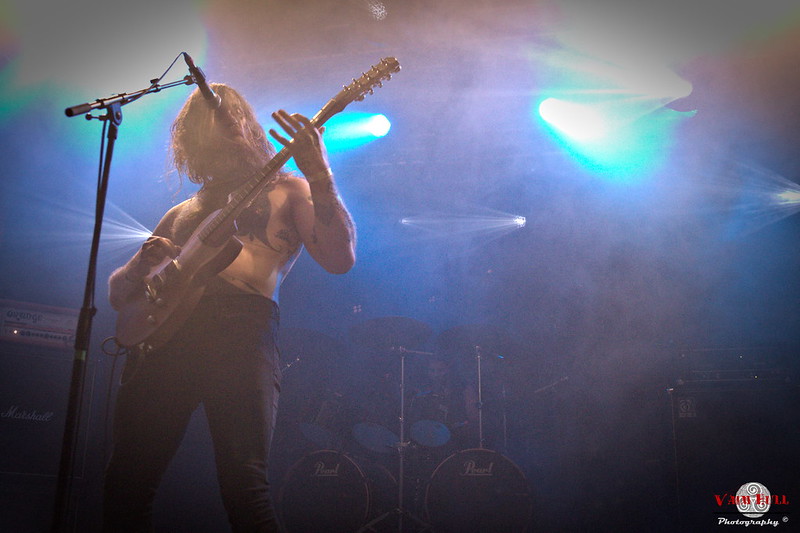 Returning champions Marduk (****) did again what they do best. They blasted their war inspired black metal in the room and made it feel as if an evil army marched right in there. No frills and a whole lot of thrills, they had the crowd dancing on their filthy fingertips in a deadly embrace of power and strength following their quality release earlier this year. It was good to see you again, my Swedish friends. 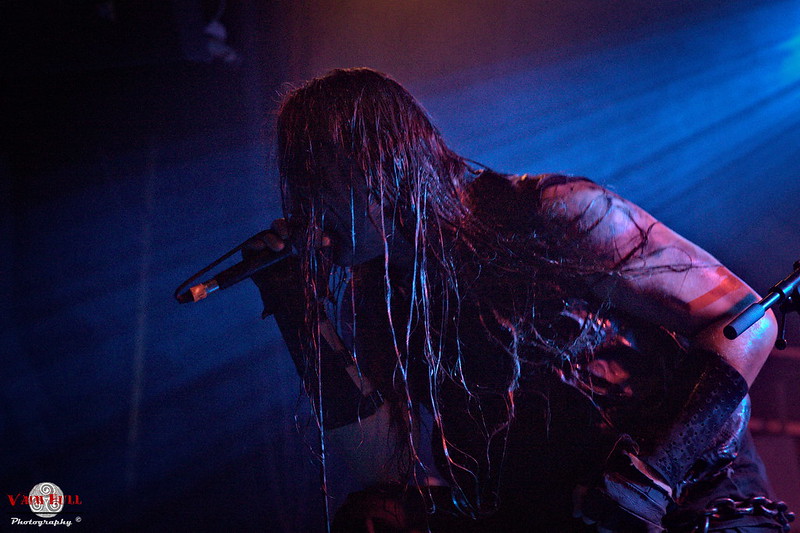 Closer of the day was the Norwegian “super group” Arcturus (****). Years and years ago they caught my attention with their avant-garde black metal because they stuck out between all the “normal” black metal. I always really enjoyed their early releases and have gradually lost my interest in them a bit since they lost most of their black metal background, developing into more of a spacey purely progressive band. Besides that I’ve heard their live sets are not always very convincing. So I was very excited when I saw that Arcturus was actually coming to SteelChaos to play an old school set with songs from their first 2 albums. Somehow this must have brought some new energy to the band, because their weird, atmospheric and symphonic avant-garde black metal translated into an energetic and quite impressive live show. Happy to have seen them in this setting and with this playlist, it made me look back fondly on those good old times. 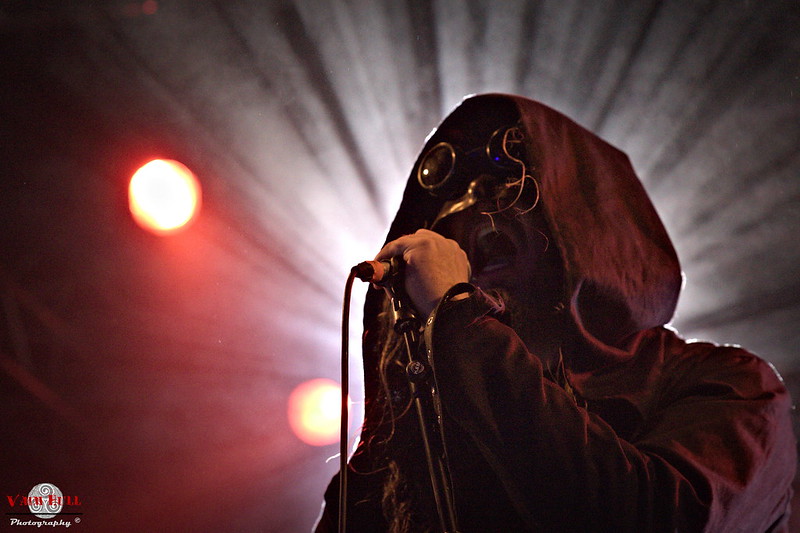 For more pictures, go to the photo coverage: https://www.grimmgent.com/steelchaos-2018-photo/