With the pandemic getting everyone stuck at home, a lot of musicians and bands got to create new music and are scheduled to release new albums sooner than expected. In Finland that’s no different and we can look forward to a brand new album by the Finnish melodeath masters of Omnium Gatherum called ‘Origin’ (out on November 5th via Century Media Records)! Having someone covering the Finnish music scene right there, gave us the opportunity to go to the legendary Sonic Pump Studios and get an exclusive pre-listening of that exact album from start to finish!

The studios have had some of the most legendary and liked Finnish bands like Amorphis, Swallow The Sun, Sonata Arctica,… occupying the space to record albums that are a staple for a lot of metal and rock fans and you can almost feel the history there. When arriving on location, we were greeted by a collection of diverse people from the Finnish music industry and of course the band. Main songwriter Markus Vanhala and vocalist Jukka Pelkonen shortly shared some background on the album, where Markus was saying that it was the first time they took their sweet time to put the music together, not being afraid of throwing something out if it didn’t feel right. And that the decision to record at the Sonic Pump Studios again, felt like coming home again since it’s been a while they last recorded material there. Jukka on the other hand shared some insights on how they experienced the craziness that was their 1 stop US tour that got broken off when the pandemic hit the world at full force. After a bit of chitchat and a fancy cocktail pushed in our hands, we then moved from the small kitchen area to the Sonic Pump Studios Control 1 room to get to listen to ‘Origin‘.

‘Origin‘ starts off with a pretty epic soundscape and continues to maintain this throughout their (as they call it themselves) Americanized brand of Finnish melodeath. They had the time and energy to really put in the effort to select and rework their music and you really can hear it in every song. Harsh, melodic, epic and rather uplifting, they’ve managed to put together a masterpiece of melodeath that will get adored by fans all over the world. And those who weren’t completely convinced yet before (including me), might get swayed towards being really into Omnium Gatherum from now on. A fun bonus track can be found on the album under the form of a cover of an Infected Mushroom track that they felt they just had to cover since it’s been used by many soundboard guys for the soundchecks.

After we got blown away by their absolutely great album, we were directed towards the Sonic Pump Studios Live Room where the guys of Omnium Gatherum had set up shop to surprise us with a small exclusive. They played for us their single ‘Fortitude‘ acoustically. Which basically meant that we got a double exclusive since the single wasn’t out yet back then and they never played any of their tracks acoustic ever before. Here’s for hoping that they’d be daring to do this a bit more often because it sounded really great! Check it out for yourself:

And after that little acoustic intermezzo, they herded us back to the Control 1 room to hear the original version of ‘Fortitude‘ as it was meant and to get the exclusive premiere to see the music video for the single. Which this time was them playing in a cabin on an island in the middle of a lake where, from what they told us, they’ve had quite a few drinks and fun together…

After all of that we hung out with the guys and had a couple of more drinks, trying to wrap our heads around what we all just witnessed both sonically and visually. Big thanks towards the band, Ginger Vine Management & PR and Century Media Records for inviting and welcoming us! And everyone that got this far in the article: make sure you check out their new album ‘Origin’ and/or pre-order that shit! 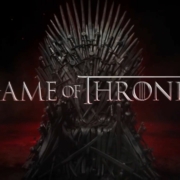 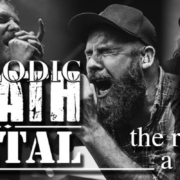 The rise of a genre: melodic death metal
0 replies

A day at SaariHelvetti 2022 with Brymir
Scroll to top