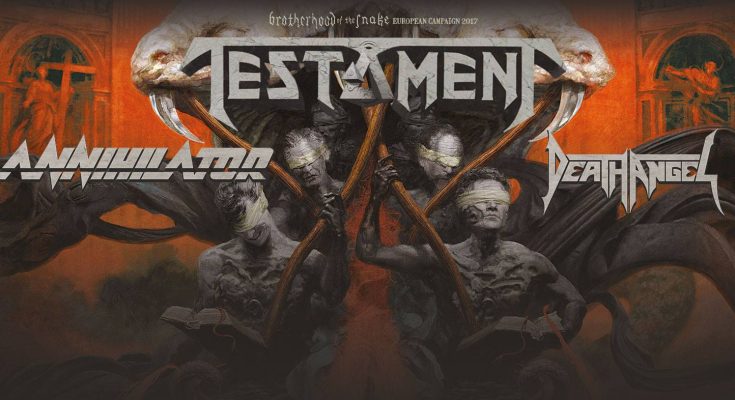 Thrash is back that’s the least we can say. A lot of newer bands are showing what they are capable of and on  the other side we have the oldies that are still alive and kicking. If this line-up would have been there in the eighties this would have been the ultimate wet dream of the thrash fanatic. With bands like Death Angel, Annihilator and Testament this evening had everything the die hard fan as well as the newbies has to offer.

Death Angel (****) had the task to get the party started. And they did it extremely well. The Trix Club was already packed and the audience was fully energetic. Starting off with the more groovy Father Of Lies everybody got the time to get warmed up before they were  pushing the pedal to the metal with classics like Claws In So Deep, The Ultra-Violence and The Moth. A half hour was a bit on the short hand for this excellent band, they should at least play 45 minutes. 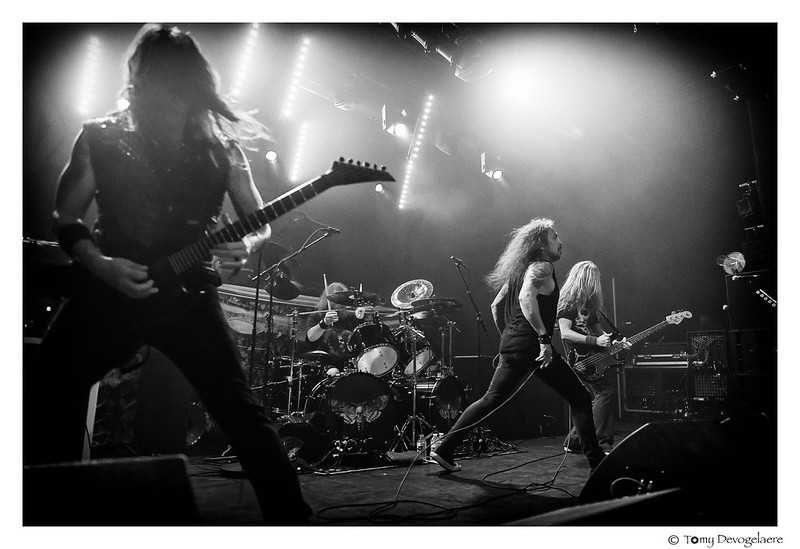 Annihilator (***1/2), another oldie that has known some ups and downs. With their new album  in the back these shows are part of the equally named  For Demented  tour. Jeff Waters is back on vocals and I was wondering what this would give. Well, he isn’t the best singer in the world but he did a hell of a good job. Really, I don’t know what’s in the Canadian water, Jeff doesn’t take himself too causerie on stage just like Devin Townsend and that’s how things should be done. Surrounded by youngsters, some who weren’t even born when Annihilator performed with Testament way back, is one of the reasons Jeff  is still having fun what he is doing. The set wasn’t quite pushing like Death Angel but with classics like King Of The Kill, Allison Hell and Human Insecticide, Annihilator brought the groove into the thrash . There were also some new songs like Twisted Lobotomy which sounded great but weren’t yet known very good by the audience. Again, the time slot for this band was too little, looking forward to a headlining show. 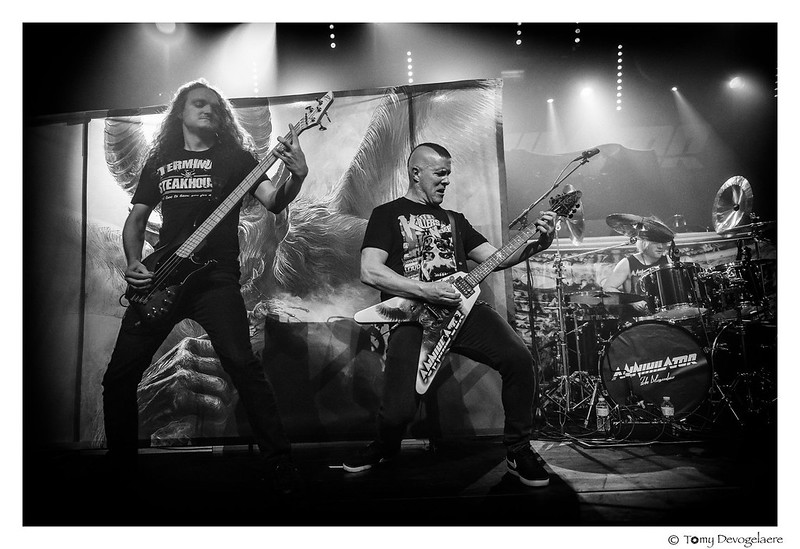 And then it’s time for Testament (****), one of my all time favorite bands. I follow these dudes since their debut The Legacy and these songs are still kicking ass. Together with Exodus we can say they are the 5th of The Big 4. They come very close to Anthrax, not musically intended, it just differs that they didn’t achieved the commercial success of their fore-more brothers. This tour is in support of their Brotherhood Of The Snake album. When the drum monster Gene Hoglan raised up behind his kit, the crowd got wild and it was time to get the party started with the Brotherhood of the Snake, followed by classics like Rise Up, The Pale King and Signs of Chaos to name a few. Testament was in form, they played as a machine and had much fun doing it, so did the crowd. Before starting off with Electric Crown, which I think is a very challenging choice as this is one of the songs that was a lot of criticized by the ‘true’ fans, namely stating it wasn’t metal enough. This is a song where Alex Skolnick can show his solo skills, only that is was starting with a solo moment of Alex, which was a bit too long and really not necessary. Really Testament, you have a back catalog many band can only dream of. We know that Alex, Steve, Eric and Gene can play, no need to show it (yeah, they all got their 3 minutes of fame), instead give us an extra song, don’t go to the ‘superstar filling time’ shit. Beside that there wasn’t a single bad thing to say about them. I was quite surprised that they played Low live, one of my (again) all time favorite songs and one of the best albums that Testament has ever made, not that they made a bad one. Even Urotsukidoji came along. Of course their all time classics like Into The Pit, Over The Wall, Practice What You Preach and Souls of Black joined the party. This was quite an entertaining setlist and gave everybody something, although I would loved to hear Apocalyptic City and Disciples of the Watch, But hey, you can’t please everyone. 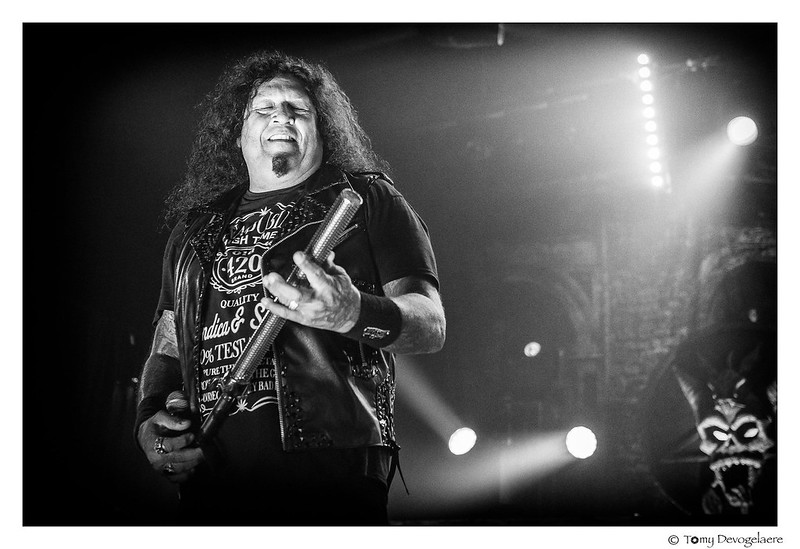 This thrash party was over too fast, Death Angel, Annihilator and Testament showed us that they are long not done. Death Angel and Annihilator I would love to see coming back to do a headlining show. And for Testament, I would say: “GMM if you still need some headliners, this is one, a lot of fans would appreciate this.”

For more pictures by our photographer Tomy Devogelaere go here!