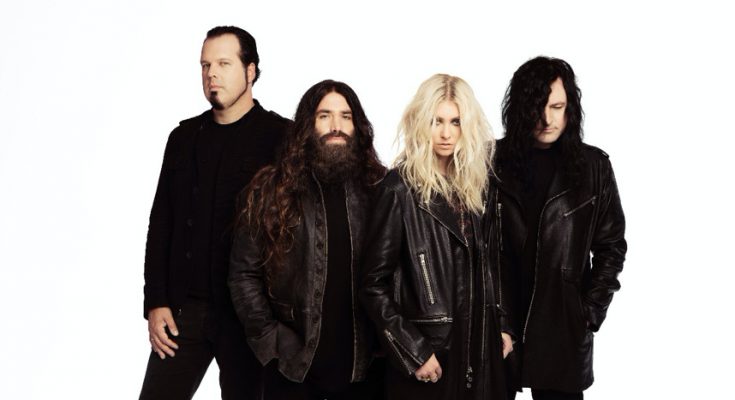 “When we first heard the new album, ‘Death By Rock And Roll’, we were very excited. We couldn’t wait to play it to record labels. We took a ton of meetings and received offers from a broad range of labels. But it quickly became apparent that Century Media was the right partner for us. They shared our passion and enthusiasm for what we believe will be a breakthrough album for The Pretty Reckless. So, here’s to our new partnership with Century Media! And long live Rock and Roll!!!”

“We are stoked to announce the signing of The Pretty Reckless for a worldwide partnership outside the USA. When we started talking to the band’s management, it instantly became clear we all shared a common vision for The Pretty Reckless, and it felt natural to partner up and make this vision become reality. ‘Death By Rock And Roll’ isn’t only a fantastic album, but a storm warning, announcing the return of stadium rock! Welcome to Century Media Records!”

Since forming in 2009, The Pretty Reckless has quietly made history. Sold out shows, Gold albums, and fiercely claiming their place at the forefront of modern rock music. The group’s 2010 debut, ‘Light Me Up’, ignited this rise. It was 2014’s ‘Going to Hell’ however, that set the whole genre ablaze. It debuted in the Top 5 of the Billboard Top 200, spawning three #1 hits—the gold-certified “Heaven Knows” (the biggest rock song of 2014), “Fucked Up World,” and “Follow Me Down” — a feat that had not been accomplished by a female-fronted group since The Pretenders in 1984. Their third opus ‘Who You Selling For’ boasted a diverse set of standout tracks, including “Oh My God”, “ Back To The River”, and “Take Me Down”. It also garnered praise from Vogue, Nylon, and Billboard. Along the way, the group toured with the likes of Soundgarden and Guns N’ Roses and tallied half-a-billion streams. They maintain their place as rock outliers and leaders in 2020.

More details about album number four ‘Death By Rock And Roll’ will be revealed soon!