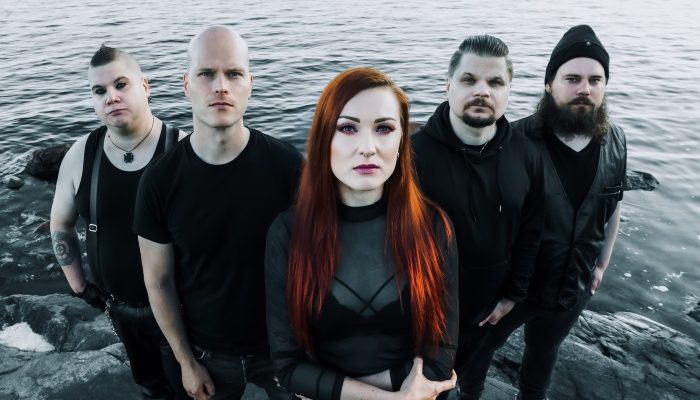 After almost three years since their debut album ‘Future Diary‘, Finnish progressive metallers Fireproven release their new single ‘The Addict‘, with the band’s new vocalist, Sanna Solanterä, known from this year’s The Voice of Finland singing competition for example. ‘The Addict‘ is available now on all streaming platforms, so be sure you check it out.

Guitarist Janne on the new single:

I’m looking forward to finding out what people think of our new single. We’ve taken things to the next level production-wise, sound-wise and regarding the context and lyrics of the song. The result is literally caressing, but works for true metalheads, too.

Drummer Nuutti on songwriting of ‘The Addict‘:

The idea for the lyrics came to me after analyzing my daily activities. Where do we draw the line between everyday habits and addiction? Many things have the potential to improve your life, but alternatively might lead you in the wrong direction. It’s always about the perspective and whether you’re working consciously or are driven by impulses. Addiction is often seen as a negative phenomenon, but underneath you might find what your subconscious is trying to tell you. Is there something in the shadows that wants to be seen or heard?

Sanna tells us how she ended up in Fireproven:

I ended up in Fireproven after Nuutti reached for me in November 2019. He said that there will be much more clean vocals in FP’s new songs and Janne wants to focus on his main instrument (guitar). So, he asked if I was interested in becoming their vocalist, and of course I was. Two of the guys were my ex-band mates from a prog rock band Verity, and I knew all of them were amazing musicians and great to hang with as well. After a couple of weeks I went in for an audition, and they offered me the job straight away.