Metalcore legends, We Came As Romans have collaborated with deathcore innovators, Brand of Sacrifice to release “Darkbloom (Reimagined feat. Brand of Sacrifice)”. The re-imagined version of the single, originally released by We Came As Romans in July of 2021, is released via Sharptone Records and can be found on streaming platforms HERE and is accompanied by an official visualizer which can be viewed HERE or by clicking the image below.

Together, the WCAR and BOS camps, alongside producer Drew Fulk (Motionless In White, Fit For A King, Crown The Empire), were determined to not only push the limits, but fashion the heaviest rendition possible. And, while each artist was distinctly aware of the current trend of re-working past material using a lighter touch, the creative unit zigged where others zagged, battering audiences with a combination of snarling vocals, electric synths, and pulverizing breakdowns.

Speaking on their brutal collaboration, We Came As Romans share:

“We’ve been fans of Brand of Sacrifice for a minute – and when we had the idea to do a re-imagined version of Darkbloom, they were the first people to come to mind. A lot of bands have done incredible re-releases or re-imagined versions of songs, and those versions are usually stripped down and showcase a softer side. We wanted to do the exact opposite – to team up with some powerhouses in the death-core scene, and release something heavy, fast paced and aggressive. It’s been a blast working with the BOS guys, we can’t wait to see what the future holds for them.”

“When WCAR approached us to rewrite this track with them, we were excited to be able to work with a band that has done so much for metal-core as a whole. This re-imagined version of Darkbloom is full of aggression and energy, and combines all of the elements that make both of our bands special with some unexpected surprises along the way. We’re super stoked that we have the opportunity to innovate and bridge the gap between two very different sub genres, and do something insane that really hasn’t been done all that often in metal.”

As well as collaborating on the brutally heavy re-imagining of the track, Brand of Sacrifice and their metal street-wear brand, Shibori Threads have also collaborated with We Came As Romans on the very limited ‘Darkbloom‘ collection of their signature, bespoke hand dyed and sewn garments. The latest collection will drop on Friday, April 22nd and as always will be extremely limited and only available for a short time from ShiboriThreads.com 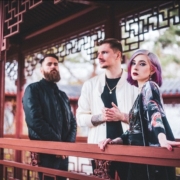 Future Palace share “A World in Tears” single and video 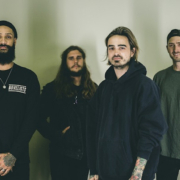 Like Moths To Flames release new single “All That You Lost” 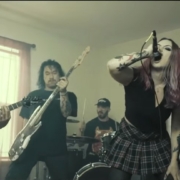 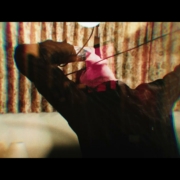 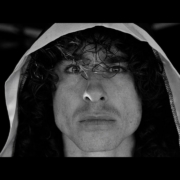 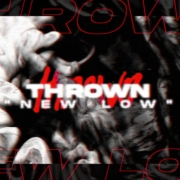