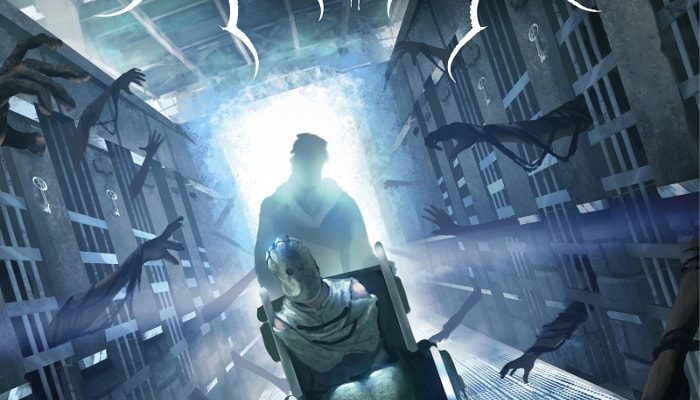 In 2016 I discovered Zornheym through 2 released singles, which impressed me highly (read my article here). After quite a bit of delays their full-length finally was released! On Where Hatred Dwells and Darkness Reigns you’ll find the best of what symphonic black metal with touches of death metal and others can offer you. And on top of that the album takes you to the mental asylum “Zornheym” where every song represents a patient of the place. So some high-quality (epic) extreme metal performed by top artists combined with a great concept? Sign me up!

As earlier released singles The Opposed (about a violist who thinks a tumor is evil and possessing him) and A Silent God (about a serial killer with a god complex) already showed us you can expect highly symphonic extreme metal that drips of the influences of bands like Dimmu Borgir and Dark Funeral. The combination of their well-crafted extreme metal with orchestration from Dies Iona Ensambly and Zornheym‘s own choir Chorus Tenebris brings a certain epicness and bombast with it that will amaze.

With Trifecta of Horrors they touch the subject of split personality and bring this to full fruition by adding Jonas Magnusson on guest vocals as “The Monster”. A mix of clean and harsh vocals make it seem there’s actually a conversation between the different personalities of the mental patient that is the subject of the song and the lyrics read almost as a play. On Whom the Night Brings they crank up the symphonic touches even more and you find a combination of strong clean vocals with harsh vocals where there’s a narrator and a persona called “The Incubus” with the latter having a more black metal vocal when it talks.

Decessit Vita Patris gives voice to a “Lonely Father” who suffers from PTSD and alcoholism, in his disillusion trying to rebuild his lost son. The grieve and pain of the father is almost palpable throughout the song and the creep factor goes up when “The Son” at first actually gets represented by some kid’s voice before Algot Jacobson picks up the same lines in some almost operatic vocals. The last song on the record, Hestia, brings forth an unknown person who was burned by a mob setting fire to the house she was in and now suffers from extreme aggression and violent tendencies. You could say she has an all destroying fire permanently burning inside of her. Through the music they really captured this by having some of the more aggressive sections of the whole album and fittingly they touch the more normal black metal topic of Satan here, still matching the overall theme, representing her as “the Spawn of Satan”.

Like I already said in my earlier review of their singles, Zornheym is a new but rather strong player in the world of symphonic extreme metal. Bands like earlier mentioned Dimmu Borgir and Dark Funeral won’t be threatened yet in their positions of rulers of this style, but if the band continues delivering on these awesome concepts and high quality music, they might have a run for their money. Where hatred Dwells and Darkness Reigns offers a total package that’ll please anyone who likes properly crafted symphonic metal with tons of black and death metal influences. And to deliver even more on the overall atmosphere, the band is releasing a complete graphic novel that’ll tell the stories of the mental patients who are the subjects of the songs (which we’ll be reviewing on our “The GRIMM Reader” column soon)!