In the past few years the death metal genre have stumbled upon a new age, where many bands from across the globe emerged to redefine new standards. And within the boundaries of old school death metal style we have witnessed significant releases from tons of young bands. 20 Buck Spin lately began to campaign for one of the most anticipated albums of 2019. After releasing the first demo Cessation of Life in 2018, Seattle’s old school death metal outfit Cerebral Rot debuts their first full-length album.

The death metal quartet chose to kick-off the album with some acoustic clean guitars. Allowing the odorous filth to sprawl out, the overt indication of the opening track “Odious Descent into Decay” discloses the raw approach to death metal. Despite the fleeting moments of menace Cerebral Rot plunges deep into grimy and murky direction. From the visceral atonal riffs and guttural vocals you will find yourself sinking into the utter darkness. With putrid rotten riffs and the murky guitar sound the track morphs into slimy mid tempo.

The sense of obscene grotesque and fetidness is mixed with fuzzy guitar riff and low grunts. Swamped in Festering Excrementia quickly emits the disgusting sensation of stomach churning. The vocalist mixes the guttural growls with grunts to create a sick atmosphere. The debut album is formed on raw and visceral quality of old school death metal, the slight similarity to Autopsy and early General Surgery albums are explicitly shown. Through the thick atonal riffs and gurgling Cerebral Rot manages to demonstrate their style particularly: the band’s emphasis on filthy death metal riffs and slower tempos.

Reeling Septic Mass is measured by the intensity of the old school death metal elements. The hybridizing influence to early Carcass and the grind- core style of late 80’s shows the varied nature of this visceral band. Odious Descent into Decay is pretty much soaked in grimy and murky production, the extreme inclination to the raw standards of death metal gives the album a filthy nature. With faster tracks like Cerebral Rot and Putrefaction (Eternal Decay) which turns the grinding drums into a chaos.

There is a great technique in method of performance here, but what draws me more to this album is the sick epidemic atmosphere. The debut is without a doubt one of the strongest releases from 20 Buck Spin this year. Most of the tracks here sound extremely raw and brutal the drumming on the album have a certain technique. One of the aspect of this debut is that the drums don’t rely much on blast beats, though there are plenty of fast parts. The tracks are mainly dominated by the guitar alternating between the slower tempos which are similar to doom metal.

Cerebral Rot have been studying the early sounds of death metal. And for this reason mainly I can say that Odious Descent into Decay has its own identity and solid rawness. There are plenty of tracks like Sardonic Repentance where the death metal quartet focuses on the slower tempos and low tuned guitar sound. This tonality of the late 80’s and early 90’s is what the band have aimed to achieve on their debut record. Yet Cerebral Rot have their own way to impose the brutality of the old school death metal on tracks like Repulsive Infestation of Cadaver.

You can hear the bulky riffs followed by guttural growls and grinding drums kicking with double bass attacks, although they have a specific way of slowing down. And that’s precisely where the rotten riffs surface. The attempt here isn’t quite similar to the U.S. death metal band like Mortuous, the final three tracks shows a clear approach to death/grind bands such as General Surgery and their classic 1991 E.P. “Necrology”.

In different forms of death/grind Cerebral Rot’s debut album is a monstrous gut wrenching death metal record. This isn’t a mediocre album that suffers from poor quality, Odious Descent into Decay has an average time running of 45 minutes. Full of thick and distorted guitar riffs which are layered over the murky sound production. For fans of rotten old school death metal the final track Foul Stench of Urination is experienced through its sickening atonal riffs. If you have the guts to sink your teeth into this record then I recommend to check out this filthy rotting piece of old school created from the foul and disgusting depth of underground. 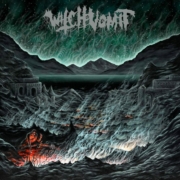 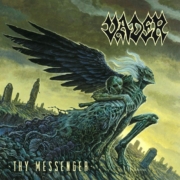 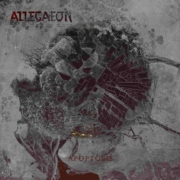 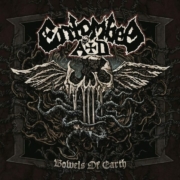 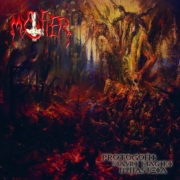