Teutonic thrash metal giants Exumer happened to be among the many others bands who materialized the sound of the German thrash metal music in the early 80’s. With their outstanding classic album Possessed by Fire which was released in 1986. Unfortunately, Exumer were criminally underrated and never gained enough popularity. Back then when Kreator, Destruction, Sodom and Tankard fronted the German scene by their exquisite outputs. Exumer were like a hidden gem in the eighties, their specific introduction of Bay area thrash metal versus German thrash metal was a great combination. And it seems that these Germans still have a lot of input to harness, and by that they now return to the old ways of thrashing madness of Teutonic attributes.

Hostile Defiance, which is the band’s fifth album, is an absolute blast of energetic thrash metal fury. It’s a powerful thrash metal album by the book, only known by the Germans. Its aggressive hostility is manifested by the super powerful guitar riffs. The new album is an outraging burst of violence played at furious speed, and right from the opening track Hostile Defiance pummels hard. The guitars are bound to grooves, and flaming melodies that will make you headbang continuously. There is so much value to the riffs, and the rhythm guitar plays an important role in terms of execution. The latest albums by Exumer are quite worthy and deserves your attention. Their comeback album The Raging Tides was a great release and now, a few years later, the band launches another ballistic missile.

Like storm striking riffs of the sharp guitar and flavored melodies, that makes every track on this album so appealing and catchy at the same time. There are many tracks on Hostile Defiance where Exumer nails the effectiveness of the guitar riffs. Ten full tracks that roll like dice and burst into volcanic eruptions. The second track Raptor begins at full speed where the distinctive channeling grooves and the super charged riffs are delivered into your face. This will surely have an impact on the fans of thrash metal, Hostile Defiance is a modern thrash metal album achieved by the impressive performance of the guitar departments. The vocals sound angry and pissed all the time, and for this reason, the hostility of the overall tone has this high pitched levels of intensity.

Carnage Rider for example comes at full power, and the drums are forcibly hammered without ease. The quality of the solos and melodies are brought by efficiency, each track displays fast guitar solos. It seems like the veterans of thrash metal understand how to impress the listener. On the fourth track, Dust Easter smashes into grooves. There is a great sense when it comes to the guitar riffs, Exumer keeps the effect of consistency flow naturally. This is a great continuation from The Raging Tides album. The reminiscence of Slayer and Exodus are strongly presented within the songs. There are a few bands who get better by time and obviously Exumer are one of these groups like the German thrash metal band Tankard. Whose latest outputs are recommended for fans of modern thrash metal who like melodies.

King’s End is one of the strongest track where the band create a force of a thrash metal dynamism and they’re fueled by the heavy and the thrashing guitar riffs. In terms of riffing, Hostile Defiance explicit influences to Slayer and Exodus carries on with tracks like Descent and Trapped. The song formula is fixated upon the dual guitars, catchy melodies and rhythm. The loud sound of the bass guitar and the shredding riffs are the center where the band focuses on.

The drums are fulfilling and organically suited to create the formula, yet there is one thing which caught my attention. The first half of the album is more furious, but Exumer find ways to shuffle the old school style and the modern thrash. Speaking of old school metal, Hostile Defiance also includes two bonus tracks of Scorpions ”He’s a woman- She’s a man” and an Entombed cover song “Supposed to Rot“. These two tracks were remodeled and changed to suit the Teutonic style of thrash metal. Finally this is a very good album and so far the best thrash metal of the year. Fans of thrash metal look no further, this is an obligatory record for metal heads. 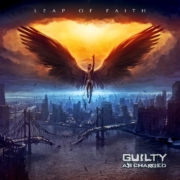 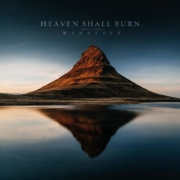 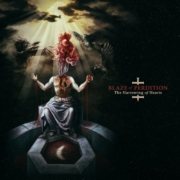 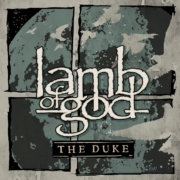 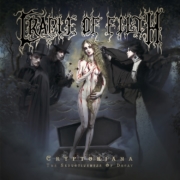 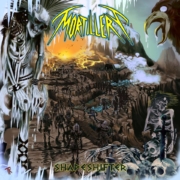