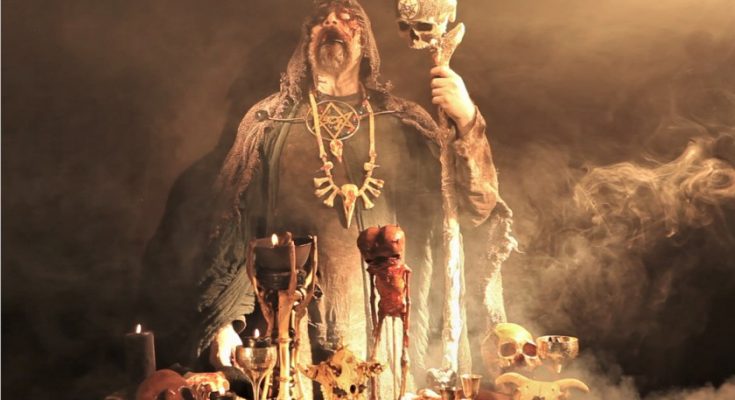 A few days ago Polish black metal trio Black Altar released a brand new music video for ‘Deus Inversus‘, the title track to their upcoming split album with Kirkebrann, which will be released on Odium Records on June 30th. The album features seven new songs and also features contributions from Mauser (ex-Vader) and Morfeus (ex-Limbonic Art). Check out the music video below.

The song was written by the guitarist and myself. I am very happy with it both in terms of music and lyrics. On the musical side, because it is quite diverse, it has extremely fast blasts played by Lars Broddesson (Funeral Mist, ex-Marduk) , as well as slow monumental fragments, a very fast and long solo played by our guitarist Thomas, Latin choirs sung by Alexandros from Macabre Omen and singer Lilly Kim. From the lyrical side, this is one of the most occult lyrics I have written. Simply put, ‘Deus Inversus’ means to me that Everything is Everything. God is also the Devil, the Original Consciousness that emerged from Chaos on the basis of adversity. That is why the Devil is God’s second face.

With these words, who could resist digging into Black Altar‘s upcoming music? Especially when the music’s as intense as it is great. We’re definitely keeping an eye out for that split cd. Pre-order your copy here.