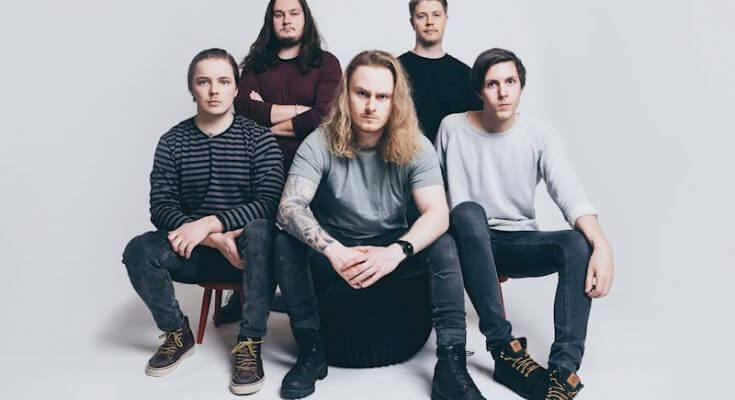 Tuska competition winner BALANCE BREACH releases single ‘Most Of This’!

The members of Balance Breach have a shared history all the way from elementary school days, where the band was formed with a different name and vocalist. When it was time to release their first EP with a new vocalist in 2015, the guys thought the band deserves a fresh start under a new name. Ever since the band got its current name and form, Balance Breach has worked determinedly to achieve their shared goal and dream: to become a band that stands out with its own sound and captivating live performances.

In 2019, the hard work started to pay off when Balance Breach won the Tuska band competition and reclaimed their place in the biggest Nordic metal festival “Tuska Open Air“. After the bands festival debut, Balance Breach finished writing their debut album. The shared vision of these five guys presents their take on how the best possible metal music in the 21st century should sound. The experience gained on their journey has shaped Balance Breach‘s music to even more catchy and aggressive direction that will be heard on the band’s debut album. The future seems to promise a lot of good things for this five piece metalcore act, so you’d better pay attention to this rising talent from Mikkeli, Finland.

“Most of This” is a song about letting go of mental and emotional shackles and stopping yourself from setting boundaries that keep you from doing the things you’ve wanted. The song represents what Balance Breach is best at: combining catchy riffs and melodies to form a hard hitting tune that makes you want to bang your head and jump around!

TAGbalance breach finland finnish most of this music video out of line music
Previous PostWITCHCRAFT to release acoustic album! "Black Metal" coming this May on Nuclear Blast! Next PostSOILWORK released new song "Desperado"