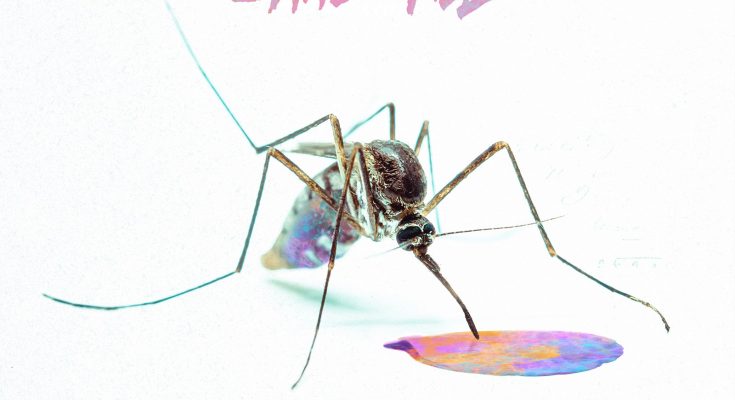 I discovered the Louisiana, New Orleans based band Cane Hill a bit over a year ago as support for the European Bullet For My Valentine/Killswitch Engage tour. When checking them out, I found a pretty raw and crazy bunch of guys with a talent for groovy nu metal. To be honest, their show back then was a little bit messy, but personally I saw quite some promise in this little outfit. Now they’ve finally released their sophomore album Too Far Gone, so I very eagerly pressed play to see if they cleaned their act up…

And that’s actually what they did. Realizing that they couldn’t go on boozing and tripping on acid, they put a stop to that. Which brought a certain focus in their creative process while writing this album. From start to finish there are no fillers and the intensity is on a constant high (pun intended). When the album kicks off with title track Too Far Gone, you immediately get the typical chunky nu metal guitars jumping at you with a very prominent bass. Makes me think quite early already of bands like Korn and the lot, Slipknot influences are never too far gone either. Though don’t get me wrong, it’s not one of those sentimental attempts to go back to the decade of the now much despised genre. With Cane Hill it feels honest and raw like it used to do with the good ones back in the day and they put enough of a modern twist to it with influences of other styles like metalcore, groove metal and even some hardcore punk/crossover thrash. Overall, the groove is almost palpable in this song and vocalist Elijah Witt lays down some of the most psycho crazed sounding lines I’ve heard lately.

Like mentioned already, Cane Hill manages to capture the sound of the height of nu metal, but does it with such gusto and on such a high level quality that it simply works. And it does work so damn well, that most of the songs are crawling inside your head and nestle there to never leave. Songs like Lord of Flies and Erased bring a sound reminiscent of bands like Mudvayne, American Head Charge and even Slipknot when they’re at their best, while Why could be just as well featured on an early Korn release with Elijah channelling the Jonathan Davis within him.

With It Follows, Scumbag and Fucking Hateful they turn out some of the heaviest tracks on the record still holding on to catchiness along the way. It Follows feels like a rawer Five Finger Death Punch while Scumbag turns into a hardcore punk/thrash metal infused protest song. One thing is sure: as long as Cane Hill is around white supremacists and neo Nazis are not getting it easy wherever they are. The proverbial war will most likely happen every time these guys play this song live with its blistering pace and aggressive tone. Definitely one of the standouts on the album and my personal favorite! Fucking Hateful continues the aggressiveness and sounds to me like the perfect anthem for angry teenagers around the world that are pissed on everything and everyone…

With the last 2 tracks 10 Cents and The End they bring a sound very similar to one of my absolutely favorite bands from back in the day: Coal Chamber! There’s a vibe of danger and unpredictability to the songs like that band in their heydays, albeit with that bringing a certain familiar sound. 10 Cents bears again quite an amount of anger and angst with the lines “All I have to do is die!”, “All my heroes are death now” and “I’ll meet you in the grave”, which is basically about the band realizing that their drug use was going out of control and that all their influences/heroes are dead now for not realizing that themselves…

Cane Hill prove their potential in spades on Too Far Gone… delivering a raw and emotional yet catchy and modern sounding album. It’s very much born out of the nu metal sound, but they managed to pick out the right elements and mix them together with more relevant music to bring a bunch of groovy anthems for anyone (be it a teenager or not) to shout and sing along to. These guys bring the excitement, a feel of danger and unpredictability back that we all experienced when bands like Korn, Papa Roach, Coal Chamber, Mudvayne, American Head Charge and Slipknot surfaced and you just have to like them for it!