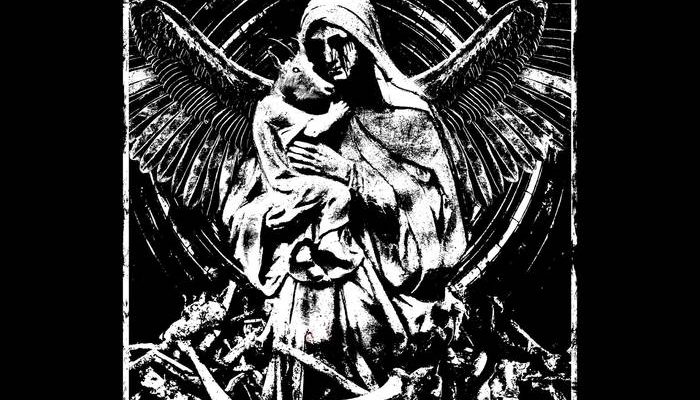 Belgian hardcore band Crowsview has been around for several years already and now they’re finally releasing their debut album Lost Resistance. In their bio they describe themselves as a mix of brutal hardcore, metal and metalcore, influenced by bands like Slayer, Length of Time, Kickback, Arkangel,… With (former) members from bands like Deconsecrate and Core of Anger, you can definitely expect a “kick in the nuts” of a hardcore release…

The album opens with an ominous sounding intro containing tormented screams. Brings me back to my youth, somewhat reminding me of the rather psychotic atmosphere setting intro of Slipknot‘s Iowa. Those screams lead into the musical onslaught that is My Disgust. Rather groovy and chunky riffs and rhythmic drums with on top of that the kind of screaming vocals that I’d put under the category “scream your throat raw with anguish and frustration”. They’re the kind of vocals that not everyone will appreciate but work so damn well with this brutal and harsh style of hardcore. The music itself is surprisingly more intricate than its straightforwardness at first makes you think. You find bits and influences of several other genres in every track, like for instance in My Disgust you get at regular occasions a typical black metal tremolo picking bit that definitely adds extra bleakness.

And that’s what you basically get for the rest of the record: a straightforward hardcore slamkick in the face that’ll make you bounce off the wall with its sheer brutality. The groove of the riffs will get you nodding along to the music almost automatically and some of the breakdowns will make your heart go several beats faster by getting all riled up. Even though I’m calling the music straightforward, it doesn’t mean that it’s too simple or even boring. By adding elements of black, death, thrash metal and even some metalcore for more melody, they keep the record interesting from start to finish. Look at Burn It Down with the clear death metal influences and a surprisingly melodic, metalcore part when guest vocalist Ros Demon (Length of Time) brings his touch to the song, somehow making me think of quality bands like Killswitch Engage and the lot. Or Of Skin And Nails that has a high dose of thrash metal in it and the violent growls of guest vocalist Ché Snelting (Herder), adding a nice change to the higher pitched screams from Kevin, making it one hell of a groovy crossover track.

The one track that feels a bit unnecessary to me is the instrumental acoustic guitar song MMXV, but all the rest of the 8 tracks are one for one heavy hitters and a clear statement that the H8000 scene is definitely not dead and buried! Crowview‘s debut album Lost Resistance is fucking killer in its genre and will be a kick in the teeth when you blast this at full volume through your speakers! The feeling I’m left with after half an hour of sheer brutality invading my ears is very similar from when I got blown away by Knocked Loose‘s Laugh Tracks or Snake Tongue‘s Raptor’s Breath… This stuff is not for the faint of heart.