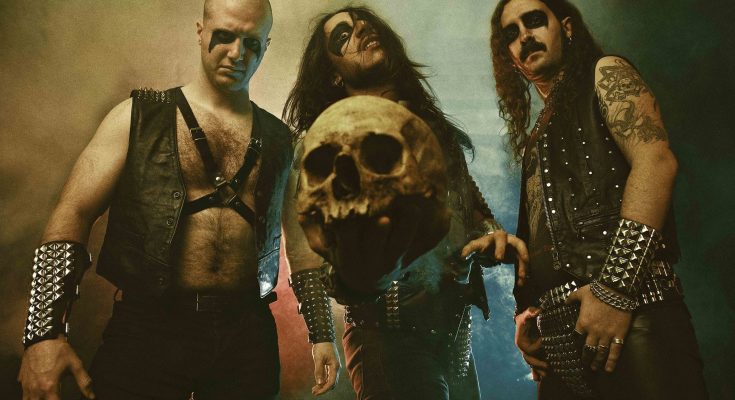 Demonomancy premiere new video for ‘The Day Of The Lord’

Today, Italian black/death cult Demonomancy premiere the new video The Day of the Lord. The track hails from the band’s second album, Poisoned Atonement, recently released to international acclaim via Invictus Productions. In lieu of a full-scale European tour beginning next week, on which they will be passing by our very own Asgaard on the 26th of March(Facebook event here).

Portended by the ominous new track on the 2016 split with Finnish comrades Witchcraft, Poisoned Atonement portrays a Demonomancy no longer bounded by subgenre dictates. Here, they explore all the craggiest corners of their songwriting acumen, finessing forth an endlessly burly yet richly dynamic soundfield that verily approximates the most mysterious echoes of the grand abyss. Smothering, mind-melting violence collides head on with vortextural ritualism, wild-child heavy metal abandon with austere, locked-in grind: Demonomancy not so much leave no stone unturned as they do simply CRUSH it into feeble dust under their massive, ever-masterful boots. To begin understanding the multi-layered miasma of Poisoned Atonement is to gaze deeply into its cover art…

As such, Demonomancy is the sublimation of primitive human impulses morphed into aural spears that suffocate consciousness in a perennial leprous embrace. Corrosive verses burn superficial organic tissues, revealing the pulsating flesh exposed in its primordial obscenity. In this atoning pilgrimage, the unbearable guilt gives birth to inner demons that lacerate the mendacious drape covering our hidden and irrational world. 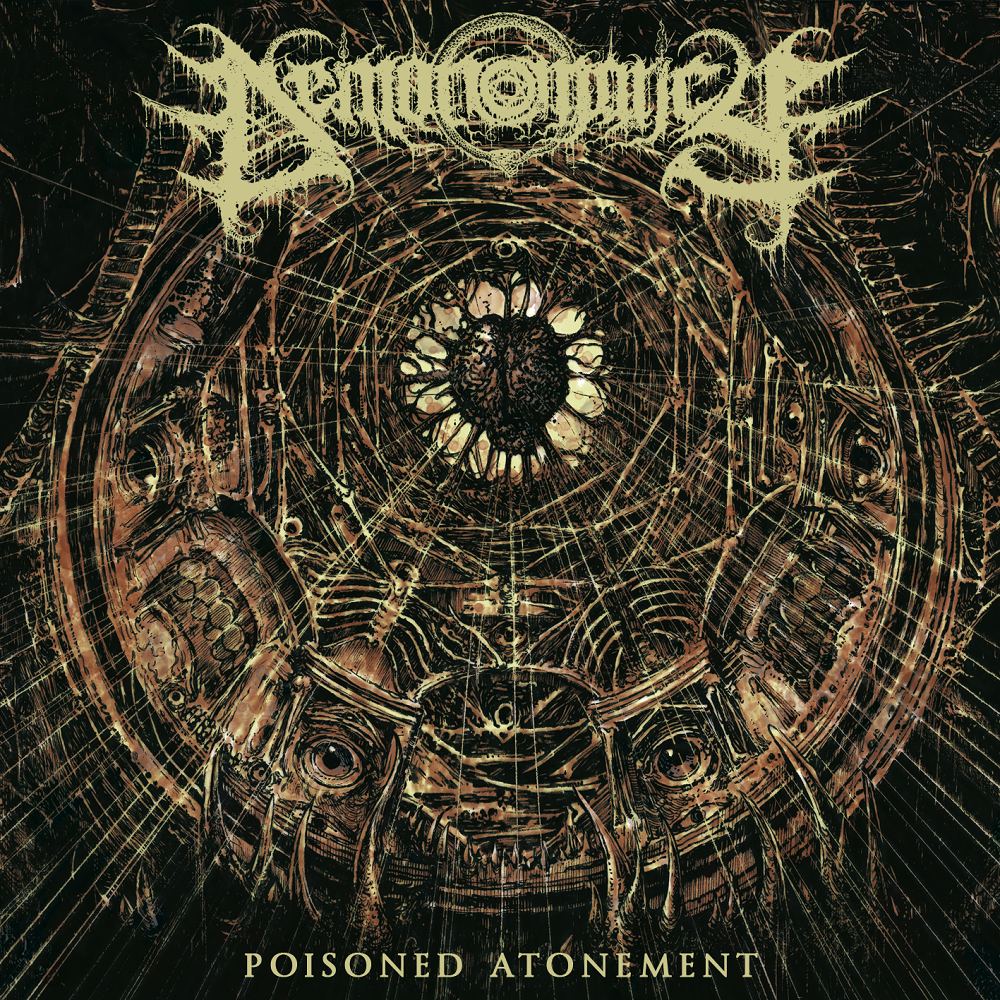