Last week, something popped up on our radar that immediately got us intrigued and which we had to know more about. “Heavys“, a pair of headphones that boasts to be especially catered for listening to metal music (though other genres are not excluded). Knowing that we as metalheads like to hear our music loud but clear, catching all the intricacies that are often put into the creations of our beloved musicians, this almost sounds too good to be true. So besides the informational text/sales pitch the team behind “Heavys” sent over (which you can check out for yourself down below, including an interview they recorded with their Chief Audio engineer), we ended up having a lengthy chat with CEO Jonathan Habshush about their story, their road to this point and their hopes for the future.

Heavys was created by a group of metalheads who felt metal music could use a better set of headphones. Engineered by industry veteran Axel Grell who led high-end audio at Sennheiser and is the father of the legendary HD series, Heavys introduces a number of interesting concepts into their headphones.

“While most headphones have one driver per side, Heavys has four. Having 4 drivers allows each to focus on different frequencies. No need to try and accommodate for lows, mids and highs all together. Especially for the unique and complex sounds of heavy metal music. ” says Jonathan Habshush, CEO and founder of Heavys.

In addition to the 4 drivers on each side, Heavys introduces a psycho-acoustic technology that broadcasts frequencies at specific volumes that will make you feel as though the music is louder, but without adding pressure to the ear.

“Our tech lets you listen to music very loud without causing high pressure levels in your ears. You can hear your music better, louder and safer” says Axel, Heavys’ Chief Audio engineer.

Heavys are introducing another interesting concept: they are locating the tweeters in front of the ears instead of the side.

“Our ear canals are a magnificent piece of engineering created over thousands of years of evolution. We hear music best when it arrives directly in front of us.  Heavys’ speaker location and acoustical setup generates a soundfield on the ear that stimulates a natural, front-oriented sound field like a live show”

Now I can already hear you say “yeah sure, this is just a scam or a marketing scheme” or “I have headphones that have an x amount of drivers and most of them are useless, no way 4 per ear can work and sound good”. And you’re in your good right to be skeptical about it all, us metalheads and alternative people like to boast a critical mind that sees through bullshit. And when talking to CEO Jonathan, that was something he was well aware of and acknowledged. But that only meant for him and the team to make absolutely sure that their product is fireproof and up to par on delivering good quality on all levels.

Back in 2020 they came with the idea and were so convinced by the validity of it, that after some months they decided to double down on it and quit their jobs, to pursue the concept by spending over a year on product development. They’ve talked with professionals, experts in the audio field, musicians,… to get their advice, their needs and so on to make sure they put the best possible piece of equipment together right from the get-go. We’re talking about people who own studios, have been live sound tech for bands like Megadeth or mastered records from bands like Voivod. Which eventually led to industry veteran Axel Grell joining the team to become the head of engineering, after having gone through a couple of rather disappointing prototypes. With his know-how and acclaim from working on high-end headphones at Sennheiser, they found the right person to engineer a great product.

But you may have caught that tagline at the top of this article and wonder what’s that about… Besides getting feedback and advice from professionals who know how to work with audio, the team behind “Heavys” has continuously worked with the metal community. They gathered highly valued feedback on the sound, the feel of the materials used, the look of the product,… to really put together a finalized version that is, like we said before, “for the community, by the community”. They even had a test group existing out of the students at the Metal Factory in the Netherlands, a school that teaches aspiring metal musicians and bands everything there is possibly to know to be successful in the metal music industry, taught by already established artist from bands like Epica, Within Temptation, Aborted and much more.

And that community-grown product is meant as the start of a brand for the metal community that stands for “no compromise”. The scene is known to highly value a sense of counterculture and individuality, which is often overlooked by the technology field (and others). Think of some of the overly costly brands that are so uniform and dictating how we all should look that they all get copied constantly. With “Heavys“, they hope to offer an alternative to that. A chance for you to show that you’re different without having to sell a kidney to be able to afford it. They follow through on that feeling of community and going against the grain throughout everything they have done, are doing and are planning to do. They are doing this by supporting a pirate radio station in the US, saying no to big investors and names to stay completely independent and, instead of going for over-the-shelf headphones that “look metal”, engineering a set from scratch and using the best possible components while keeping the costs reasonable. A touch of anti-establishment and rebellion with the right amount of expertise and quality while looking good along the way. Things like a good sound and high comfort are important to them (both Jonathan and Axel wear glasses and know the struggles of combining glasses with headphones), without spending ridiculous amounts of money on unnecessary things. The headphones are meant to sound good, look good and simply make you feel good.

After talking extensively with Jonathan about where they come from and how they’re doing things (and some of the plans they still have, which we won’t divulge here, but are really excited about to see coming to fruition), we strongly believe that the “Heavys” concept and team has the potential to be a valued addition to our tight-knit community and we hope and wish them the best! The headphones look amazing and we’re already looking forward to get to see the actual stats from the tests once they get their production model put together. And of course we can’t wait to get to see, hear and feel the result of their dedication to the mission!

If you got interested in the project, would like to become part of the community already supporting them and stay up to date on their progress, the Heavys headphones project is live right now on Kickstarter, starting at $134:
https://www.kickstarter.com/projects/heavys/heavys-headphones-engineered-for-heavy-metal 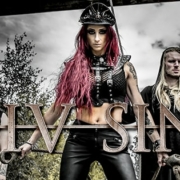 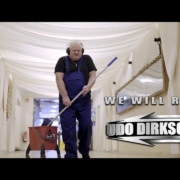 UDO DIRKSCHNEIDER revealed first single and video “We Will Rock You” 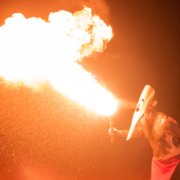 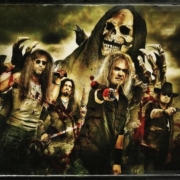 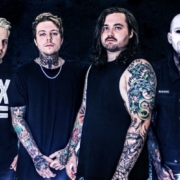