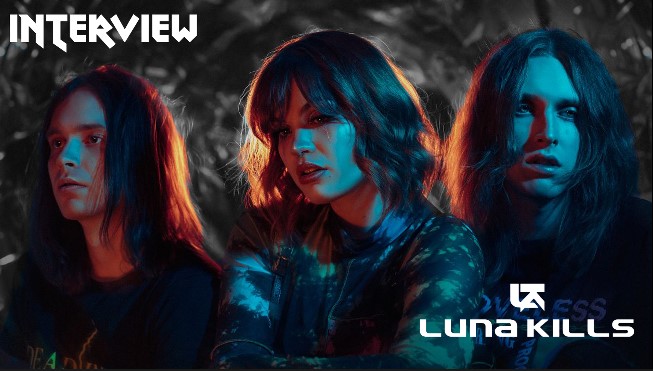 Like we pointed out already before, there is somewhat of a surge in alternative rock bands in Finland that are mixing different styles of music into their rock, often even with a strong pop quality to the songs. While Luna Kills has been around for a while already, this relatively young band switched things up for their new album ‘not to be bitter but it helps’. Going for a less straightforward vintage rock sound, they’re planting their feet firmly into the realms of alternative rock and we saw that it was good. We expect plenty of people really enjoying their work and didn’t hesitate to have a chat with Lotta (vocals), Samuli (guitars) and Lassi (bass) about the band, their music and brand new album!

We shortly alked about how they got together, what they’re trying to accomplish with the band and why they are called Luna Kills while they were earlier known under another name. But most importantly, we discussed their new album ‘not to be bitter but it helps’: about how they switched up the way of writing, how it was to write and record during the pandemic and how them maturing since their earlier album actually changed and influenced their sound. Despite their mission to bring joy to the people with their music, that might not seem all too obvious with the rather gloomy album title, aesthetics and lyrical contents, they hope that they can help people to deal with moments in their lives that are not the nicest and the lyrics represent that. Musically they point out a couple of bands and artists like Muse, Bring Me The Horizon and Lana Del Rey, but also name a video game composer to have influenced the heavier side of their music on this album…

For the full interview, go to our YouTube channel or watch it right here: