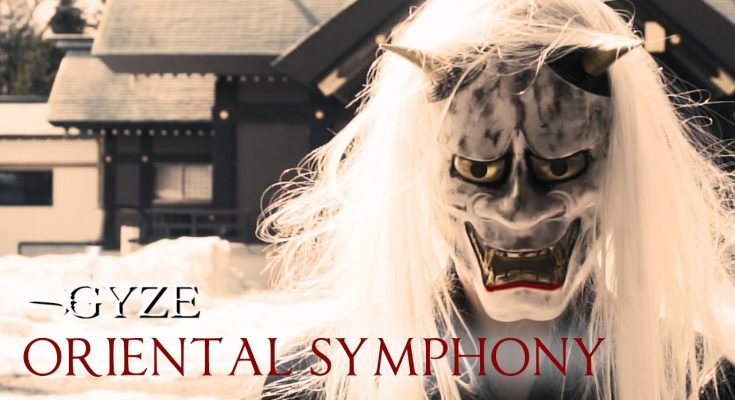 On the occasion of their tenth anniversary, Japan’s GYZE are in a celebration mood and the latest single ‘Oriental Symphony’ is an important part of the festivities. The band’s latest three singles have all been released as part of their anniversary. GYZE are combining the aggression from death metal, the energy and speed from power metal, and the traditional melodicism of their native traditional music to create their unique sound.

‘Oriental Symphony’ is the third single in a series they have released to celebrate 10 years as a band. On this single, they combine the aggression from death metal, the energy and speed of power metal, and the traditional melodicism of their native traditional music, into a nine-minute epic.

“Oriental Symphony is 100% GYZE metal written by me! We used Gagaku’s Instruments (Japanese oldest music), Erhu (Chinese Strings) and this new song is a modern mix with a Symphonic Orchestra, Far Eastern folk, and cinematic music,” about the lyrics he adds, “it’s a really old Japanese poetic. We used many Onomatope. Like “KIRAKIRA”, “YURA YURA”, “HIRA HIRA”, “SHIN SHIN”, etc.”

“We had to record this song in 430 kHz because of the Gagaku Orchestra. Make sure to listen loud!”

Gyze have earned their cult status through global festival appearances, a joint tour with Battle Beast and the release of three albums (including a Japan Top 10), various EPs, and singles. Highly praised by the Japanese media, the band were recently the cover stars of BURRN! Magazine.

2021 sees Gyze push their metallic power and speed further than ever before while continuing to sharpen their exotic twists.