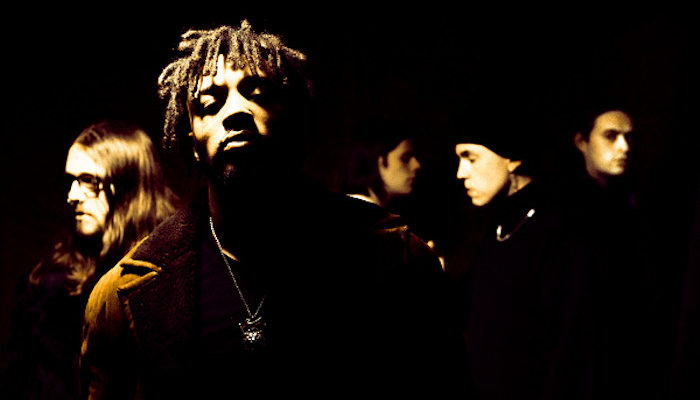 Forward-thinking experimental metallers LOATHE are set to release their long-awaited sophomore album “I Let It In And It Took Everything” on Feb 7th via SharpTone Records. Today the band release a new single from the album, titled “Two Way Mirror”. The track is accompanied by an official video featuring the five piece.

The band commented on the track:

“It was our intention throughout the creative process to push the Loathe lore into different territories, some previously explored and some almost brand new for the band. With that mindset we birthed Two-Way Mirror – one of the many faces throughout ‘I Let It In And It Took Everything’“.

LOATHE‘s new material sees some of their most esoteric and experimental moments yet; winding from brutally unrelenting heaviness, to weighty post-metal and ethereal post-rock. Fans who have caught LOATHE performing recently have been treated to live previews of the tracks, as well as their punishing and ever-evolving live show.

2018/19 has seen LOATHE perform at Slam Dunk and Download Festival in the UK – as well as being nominated as ‘Best New Band’ at both the Metal Hammer Golden Gods and the Heavy Music Awards. The latter part of the 2018 saw the band perform as special guests to Beartooth in the EU and Sikth in the UK. The band has also recently toured the USA with Wage War and Oceans Ate Alaska, following on from their debut US performance at the highly respected Knot Fest. This year has seen the band perform across the UK and EU with acts such as Architects, While She Sleeps, Rolo Tommasi and Hollywood Undead. October 2019 marked the band’s first foray into Asia, where they joined Crystal Lake for shows in Japan and China.