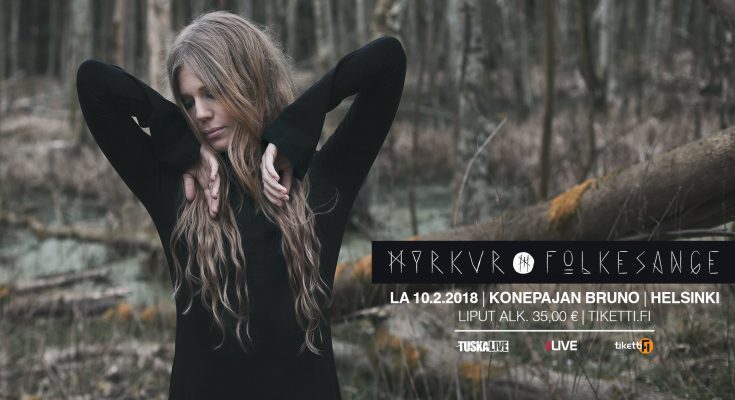 In 2015 Myrkur released the EP “Mausoleum” through Relapse Records, which featured Amalie Bruun tackling some of her own songs in a purely acoustic setting. No more black metal rawness or a hint of metal to be found. Instead you got a handful of tracks of Amalie singing, supported by the Norwegian Girl’s Choir and sparsely used acoustic guitar and piano, recorded in an actual Mausoleum (for our album review go here). She barely toured in that setting, so when we came across the short “Folkesange” tour in which Myrkur did a short list of dates playing some of those originally black metal songs reworked combined with some of her favorites in Scandinavian folk, we just knew we had to be there! We ended up at the stop at Konepajan Bruno in Helsinki, an old factory warehouse, organised by Tuska Live to get mesmerized by some magical folk music.

As warm-up for Myrkur‘s show, for this Helsinki stop they recruited Finnish violinist/singer Päivi Hirvonen, who was an unknown player for me. We didn’t see her complete performance due to the lovely Finnish winter weather, but managed to catch the last few songs she played. What we took from the little we heard, is that the rather tiny lady has a damn impressive set of lungs. I was blown away by the pure and almost raw power that came along with those vocals on top of beautiful violin play. A most impressive and fitting opener for the special show that Myrkur brings during this tour. 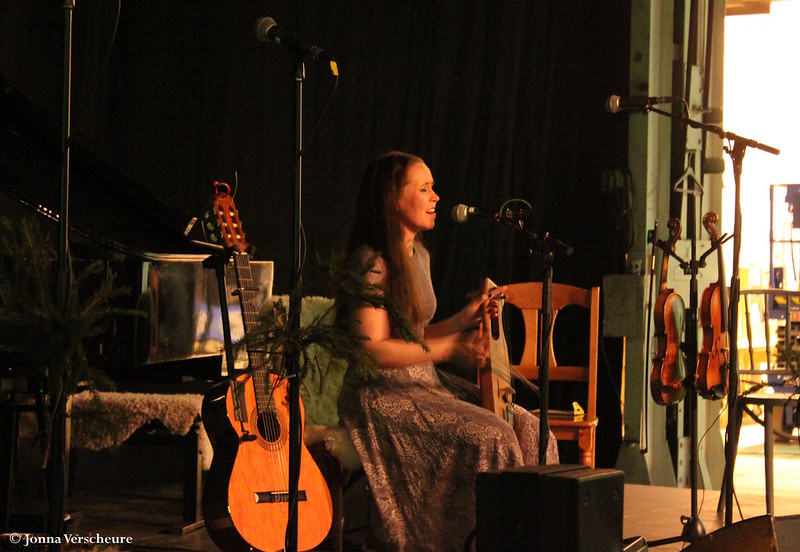 Myrkur (*****) came on stage, the area in front of the small stage was packed with a crowd containing more diversity than usually, going from metalheads to more mainstream people, hipsters and pagan folk hippies. A whole bunch of people sat down on the ground on blankets right in front of the stage while the rest mostly stood behind those. Overall a really nice and cosy atmosphere for what was to come. Amalie Bruun brought with her 2 ladies for backing vocals (and sometimes lead) and a single guitarist to help her flow into the magical realms of (pagan) folk. She mounted the stage in a flowing white dress and minimal face paint to immediately sit down at the piano at the back of the stage, to play their first few songs. 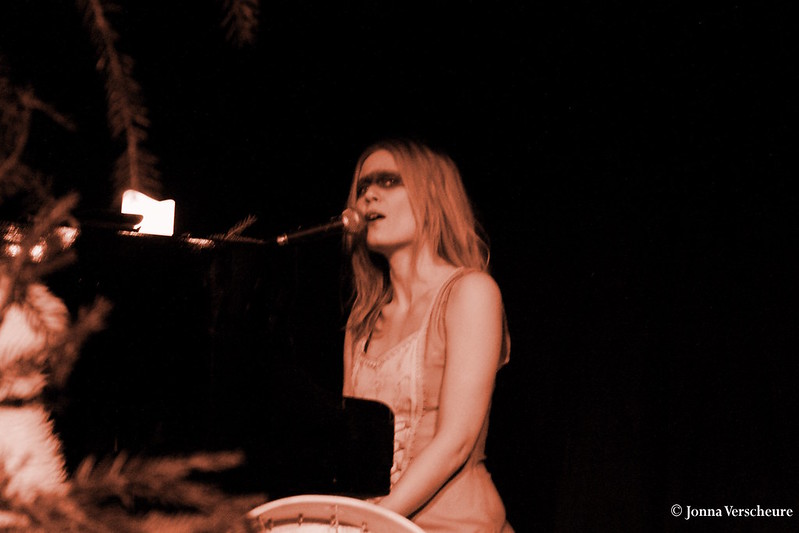 The whole show was one of calm, introspective and mesmerizing atmosphere with an interesting setlist of acoustic reworkings of her own songs like Skøgen skulle dø and Den Lille Piges Død, mixed with old folk songs from Norway, Sweden, Denmark and Scotland. Between the songs Amalie addressed the crowd several times in a quiet almost timid voice either apologizing for having to tune the old “alive” instruments or stories about why she chose to that particular folk song. After a few tracks with Amalie on piano, she switched to other instruments like acoustic guitar, the traditional Swedish nyckelharpa or the Irish bodhrán. 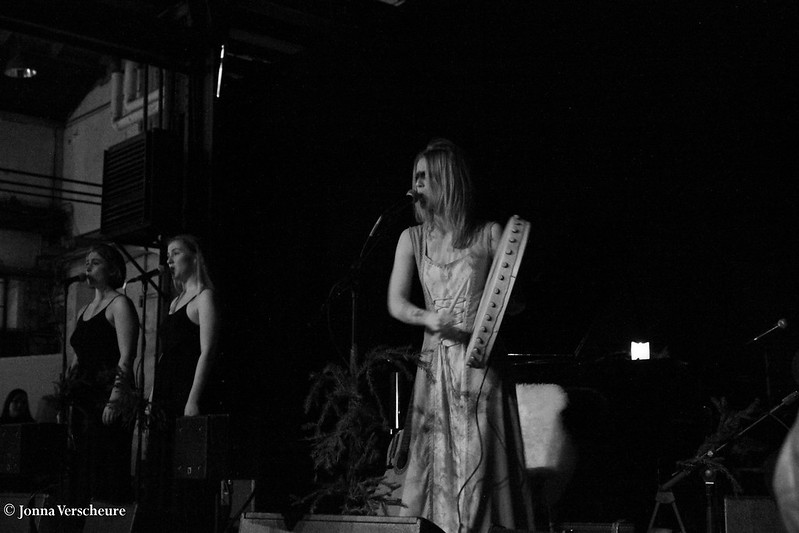 Every single song played took you away to a land of dreams, dark fairy tales and magic with masterfully played instruments and soaring vocals by both Amalie and her 2 supporting ladies. Päivi Hirvonen joined the band on stage for a few songs playing her fiddle as well in a pure celebration of traditional music. That the overall performance was damn impressive was clear simply when the crowd gave the people on stage a roaring and thundering applause that clearly humbled Amalie Bruun. I have one clear advice: if you can catch a gig by Myrkur in any form of an acoustic setting, don’t hesitate… it’ll blow your mind! 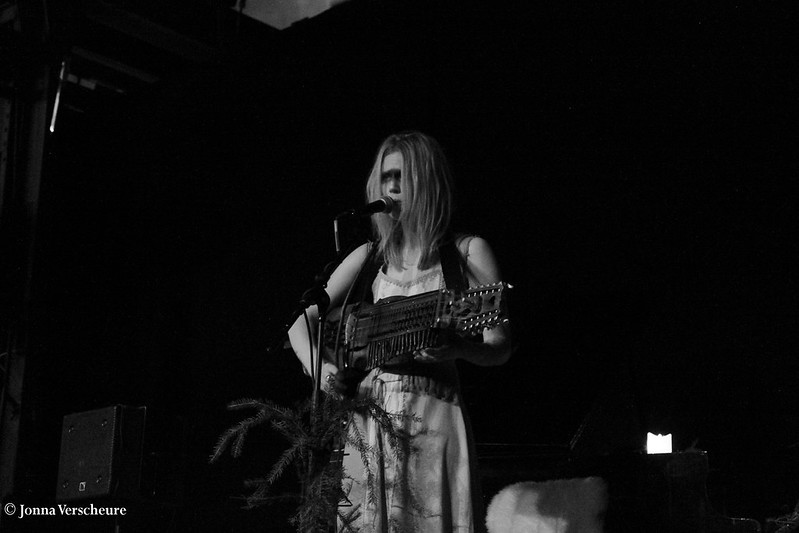 For more pictures go to our photo coverage.