Home Crossover Nebulae offer fans a show to stream tonight against boredom to death due to lock-downs! 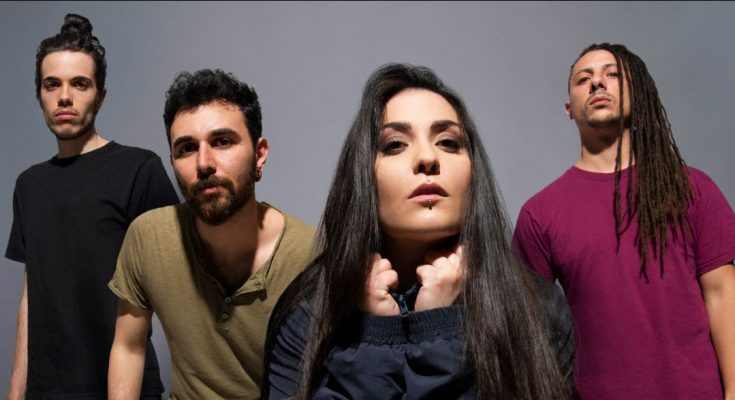 Nebulae offer fans a show to stream tonight against boredom to death due to lock-downs!

Nebulae have now reached a certain name in the underground scene, both national and international; under the leadership of their singer Miriam Granatello, they have managed to convey their passion into a unique sound characterized by an addictive groove as well as catchy and refined melodies.

Given the more and more restraining orders imposed by the Italian Government (and in most of the world), the band announced a concert streamed on Facebook, during which they will present Pulse, their latest album released on October 18th through Time To Kill Records.

“It’s a very difficult situation for everyone. You have to be very patient and have the right creativity to make it as easy as possible. When the gradual cancellation of the events started in February, we wanted to do something in advance, to be close to all our fans and give them the chance to attend one of our concerts, so we recorded a live and now we want to stream it. We hope that, despite everything, art and music stay alive and give everyone the right support, waiting for all this to end soon and finally return to normality”.

For this special occasion, the band will consists of: Miriam Granatello (voice), Eduardo Mazza (guitar), Antonio Mascindaro (bass) and, replacing Alfonso Mocerino who is on tour with Temperance, Felipe Boyd (drums).

The event will take place on Friday, March 13th, at 22.00 local time on Nebulae’s Facebook page.

Let’s support the hashtag #IOSTOACASA, but let’s do this with style and, most importantly, with lots of good music. (#ISTAYHOME, hashtag launched by the Italian Government together with celebrities to raise awareness and to urge the population to respect the new rules)

Event in partnership with Radio Terronia Rock and Rock ‘n’Roll Radio, who will share the concert on their respective pages.