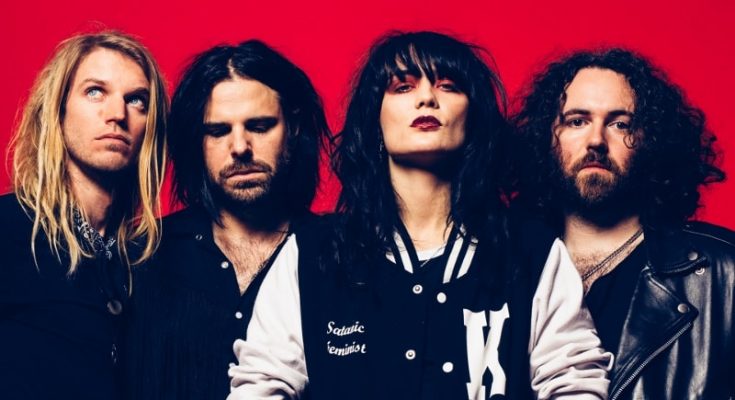 The British rock band Saint Agnes has just put their new video ‘Welcome To Silvertown’ online. Musically the band is reaching without any doubt to the fans of with swagger loaded bluesy fuzz rock and psych garage rock ‘n’ roll.

Last week the single already appeared online, coming from the debut album that will get released on May 3. Watch the new video here:

“Silvertown is both the name of where the band began, from Kitty’s flat there, as well as the name for the fictional place where the stories we tell on the album take place. The songs are a collection of stories from our reality but dramatised through an exaggerated lens; people we met became gods or devils, gunslinging heroes and villains in the songs. The characters we portray in the video are exaggerations of our true selves. Welcome to Silvertown, drive like hell.”

They still exist, bands that go those extra steps further than “just” making music and playing shows. Bands that look for the danger and excitement. That create their own shady world in which they are the protagonist and project that alternative reality in their music, lyrics, images and killer live shows.

Enter: Saint Agnes. On May 3 of this year the rock quartet from London -with “satanic feminst” / macha front woman Kitty as the main attraction- will release its debut album ‘Welcome To Silvertown‘ on their own label Death Or Glory Gang Records (world wide distribution via Ingrooves). Trying to define or place Saint Agnes is not a good plan. Keep it on an explosive mix of David Lynch x Grace Slick x The Cramps x White Stripes x Sergio Leone x The Black Keys x Coven x DC Comics X Stooges.