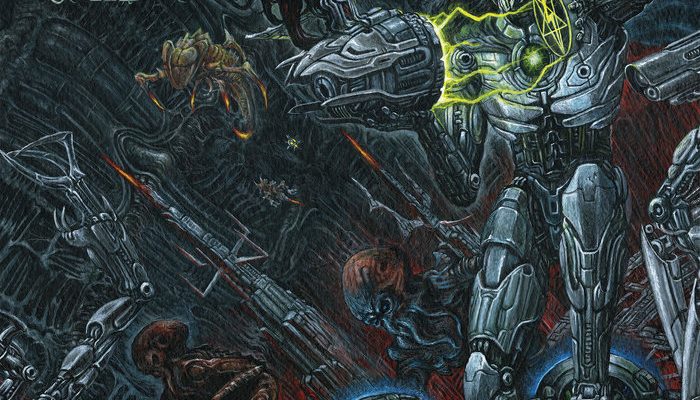 There is no doubt that the age of 1990’s was the golden era of death metal genre, with many bands rising from the U.S. underground metal scene like Death, Possessed, Morbid Angel, Obituary etc…
And around that time many bands were regarded as original and unique but out of the whole swarming bands which summarized the Floridian death metal style came a band with unequaled features.

Nocturnus was the first death metal band to use synthesizers and cosmic sound effects to their music. But unlike Cynic and Atheist, Nocturnus became extensively known as a progressive sci-fi technical death metal. Formed by drummer and vocalist Mike Browning who is the former drummer of some of the respectful bands such as Morbid Angel, After Death and Incubus. Throughout their musical career Nocturnus has released two outstanding albums: The Key which came out in 1990 and Thresholds in 1992. Presently the band has changed its name to Nocturnus AD and was assembled by the original member Mike Browning.

The first full length album Paradox is a perfect follow up to the band’s classical albums mentioned above, after almost 30 years mastermind Browning continues the story of Dr. Allen William Magus. Nocturnus AD see’s the band holding on to the same lineup of After Death, beside vocalist/drummer Mike Browning, guitarists Belial Koblak, and Demian Heftel, keyboardist Josh Holdren and bassist Daniel Tucker (ex -Obituary) is at full capacity to contain the style and the intensity of the music. Regarding the musical context of the debut Nocturnus AD ensures the fans that their task is to present the exact sound which appeared on their legendary album The Key. Musically Paradox manifest the relevant atmosphere and the 90’s raw death metal without averting from the classic tone of progression and technicality.

The opening track Seizing The Throne is set by the orchestrated synth and the cosmic vibes. The musical arrangements restraints the classic sound of The Key album. The forceful impact of the pummeling drums and the menacing rasps are precisely and accurately delivered. Over the years Nocturnus has reckoned its place among many great death metal bands, but what makes them entirely different is the massive use of the keyboards. The Bandar Sign which has the refreshing compositions of the strange solos and the rich synth tone are strongly included on the track. Simply the band demonstrates a high quality of top notch death metal. And while their music isn’t likely brutal as other bands such as Deicide or Morbid Angel, Nocturnus AD isn’t quite shy to let the keyboards shine through the album.

The similarities to bands such as Death, and Incubus defines their musical direction. Paleolithic is constructed by the pummeling drums, fast guitars shredding, and tons of nifty riffs. The music is mainly dense and complex drummer Browning performs many blast beats and the combination of the fast tempos are harnessed to the max. Paradox is an excellent follow up to the band’s classical albums this is an instant classic constructed by the talented individuals. Precession of the Equinox is developed by the sci-fi themes, and despite of the slight modification Paradox is an energetic record that complements the quality of old school death metal.

Tracks like The Antechamber is formularized by the guitars technique and the ultra-modern synth which gives them an avant-garde method. Now beside the sweeping cosmic synth which is heavily illustrated on the record there are a few tracks which are a bit similar to the track that appeared on The Key like Undead Journey, Lake of Fire, BC/AD and Destroying the Manger can be compared to the tracks which appeared on Paradox.

As in whole the new album doesn’t reinvent the wheel instead the band has come up with refreshing idiom, for example The Return Of The Lost Key concentrates on the raw and the classic tone of occult death metal. The entirety of the record is formed by the technical guitars and the dark occult themes which are masterfully illustrated by the synthesizer. In a meticulous manner Paradox uniquely interacts and strongly correlated to the old school spirit. The songs are mainly focused on the obscure layers of sci-fi synth which smoothly blends with the technical guitar riffs and shredding solos.

The stellar performance of the twisted solos and the riffs retains the signature style, at many times while listening to this album I could imagine the multi colored galaxies of myriad stars and planets. Listen to Apotheosis and Aeon of the Ancient One’s and you will grasp the outstanding wonderments of the performance from the rhythm guitars and sensational solos. I had little expectations for this album but now after listening to the new songs, this is far beyond what I had imagined. Paradox was carefully crafted by the veterans of old school metal as they present this record to the fans of the genre. 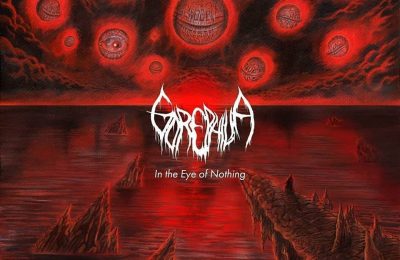