One of Finland’s top melodeath acts, Omnium Gatherum, has a new album ‘Origin’ coming out. And on that new release, they sound as fresh as ever! Right in time for a mini release tour in Finland to prepare themselves to further take over the world once they manage to finally embark on their announced tours in both Europe (supporting Fleshgod Apocalypse) and the US (with support from Allegaeon and Black Crown Initiate). First stop was at Tavastia in Helsinki on the night before the official release of ‘Origin’ and we were there! Support came from the local up-and-comers of Oceanhoarse, who has very exciting things coming for them in the near future, like a Europe tour with Soen still in 2021!

With pictures from Oceanhoarse and Omnium Gatherum: 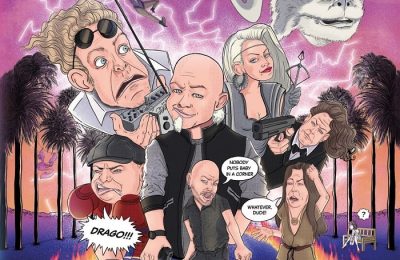