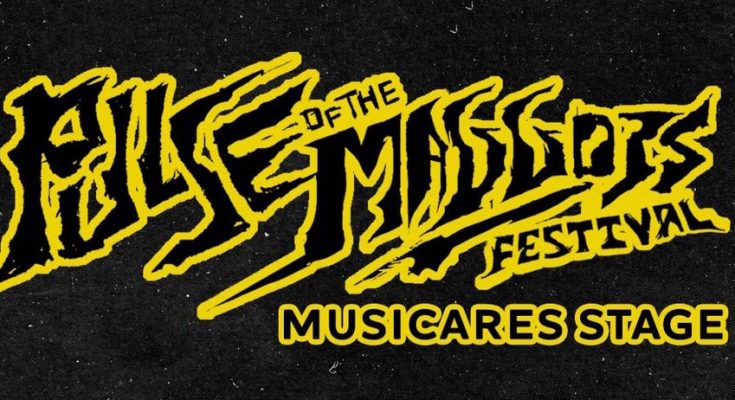 During these trying times for the music and live event industry, everyone who is part of it, can use a little extra support. One of the biggest metal and rock tours in the world, Knotfest, has responded to that call. They instated a massive online fest, named ‘Pulse of the Maggots fest’, on which they give a platform to what they deem to be emerging artists and bands. Giving these highly interesting bands a bit of time in the spotlight is something that could really give them a push in the right direction and we were all too eager to go on a discovery tour. First up was the ‘Musicares stage’ and here is what we experienced…

First band to kick off this massive event, was the Norwegian Once Awake. They play a blend of groove, death and some thrash metal and were a pretty good way to get started. Vocalist Frode Hennoe‘s voice regularly made me think of Lamb of God‘s Randy Blythe and that’s definitely not a bad thing. It grooved a whole lot, reinforcing the LoG comparison and they had a rather fun setup where the band was basically facing each other at the venue where they played. An enjoyable band to keep an eye on.

Next up, LA-based metal outfit Thrown Into Exile. To be completely honest, the first 2 tracks were somewhat forgettable. The music itself was pretty decent, but the vocals lacked somewhat. The 3rd track was slightly more enjoyable with some variation added into it when switching from more grunted vocals to cleans that didn’t sound half bad. Nothing that got me really excited besides a couple of short passages like, for instance, the really cool guitar solo in the last track, but still a fun passage.

Back all the way to Europe with Helsinki, Finland based death metal outfit I Revolt. For us they’re a quite familiar sight and it was a pleasure to see one of our favorite venues again even though it was just on a screen. I Revolt as usual crushed and slayed without remorse. Especially the last track ‘The Deep End’ made quite an impression again. Can’t wait to see these guys on a stage in real life again!

156/Silence brings the kind of crusty and relentless metalcore that reminds me somewhat of one of my favorite band, Knocked Loose. These guys are damn talented and crashed over us like a steamroller. Also very cool to hear a rendition of Alice In Chains‘ ‘Them Bones’ in this style of music. New favorite band for my playlists!

I tried to prepare a bit on this fest by checking out some music, but nothing could’ve prepared me properly for Death Tour. The moment that they started, the energy was almost palpable in the room I was sitting in. The punky craziness that jumped at me through the screen was infectious and after a couple of short tracks, they even put the guitar aside to get into some frantic rapping and shouting in what could be classified as rap metal/punk kind of stuff like Ghostmane and other similar artists that have been on the rise lately. I bet that a lot of metalheads watching the fest found this absolute and utter shit, but I absolutely loved it for its uniqueness and raw energy. Hope they get to Europe some time in the future so I can catch them live for real!

UK based Death Blooms brings back the era of nu metal and do so with skill. Catchy melodies, crunchy riffs, switching between growls and borderline poppy singing, all blended in kickass tracks that I wouldn’t mind having in some of my regular playlists. Nu metal is on a revival and I don’t mind at all, looking at the quality bands that are popping up one by one. More of this, please.

VCTMS continues the trend of somewhat groovy nu metal vibes, but more in the realm of frantic aggression and angst like Knocked Loose or even 156/Silence who played earlier. Their music really got my head nodding amped up to 11. The tempo switches within each song, sometimes seeming to lead up to a breakdown, just to leave you hanging with a big fuck you. Absolutely loved these guys, I need to go check out their latest EP asap.

Closer of this stage/part of the fest, was Diamond Construct, all the way from Australia. A stage setup with a bunch of screens, cameras flying around and heaps of lights. In comes the gold masked DJ throwing some beats to kick off their performance. Proggy, all over the place kind of metalcore/nu metal that bounces back and forth between sounding crusty and melodic with vocals that constantly flip from screaming to cleans and back, all joined by electronic beats and samples. Interesting band we got here.

You can still watch the full event on both the Youtube and Facebook page of Knotfest or simply right here: