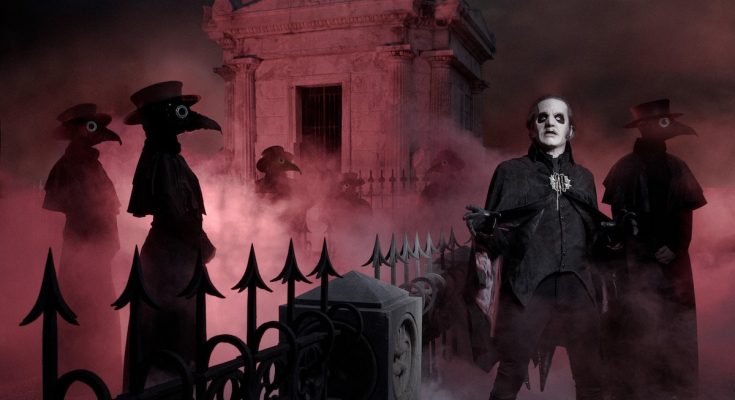 Back during the summer of 1969, an up-and-coming band called Ghost, fronted by Papa Nihil, played its first date at The Whiskey A Go-Go on Hollywood’s Sunset Strip. The show was to celebrate Ghost’s first release on Galaxy Recordings, “Seven Inches of Satanic Panic,” the double-A-side 7-inch single featuring “Kiss The Go Goat” and “Mary on A Cross.”  This original Ghost line-up eventually disbanded and the single, its original tapes, and the band’s only promo and live performance of “Kiss The Go Goat” ever filmed, were lost… that is until recently when the songs and the Super 8 footage were discovered and resurrected by Papa Nihil.

To celebrate its 50th anniversary, Ghost’s “Seven Inches of Satanic Panic: Kiss The Go Goat / Mary on A Cross” will be re-released on September 27 and can be preordered via Ghost’s website and from all digital platforms. Check out Ghost’s “Webisode Chapter 8:  Kiss the Go Goat” for the whole story.