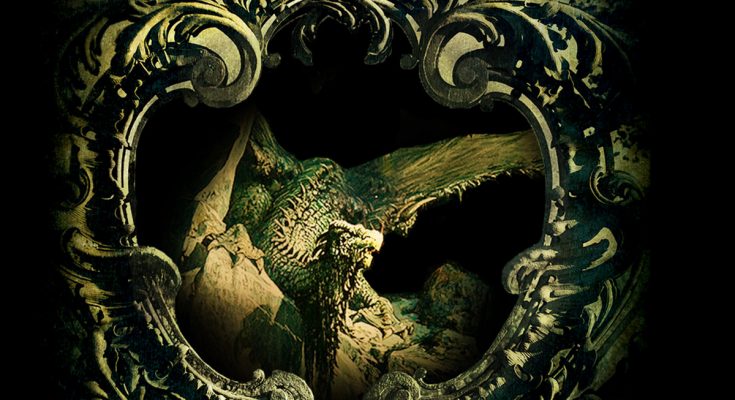 The Masters of Middle Earth Summoning have returned with a new epic album which marks their eight record in their glorious discography. Having their music involved with Tolkien tales for decades, Protector and Silenius have both crafted the ultimate soundtrack to an epic Journey of the realm of Middle Earth.

With Doom We Come starts with a long intro: Tar-Calion is a majestic instrumental track that begins with a repeated guitar line which has a very epic feel to it. The guitars are interwoven with spoken passages and a constant melody that keeps on repeating throughout the track, just when the flute sweeps in creating an impressive entry wrapped with an absolute splendor. Silvertine is strung with a catchy guitar riff built with subtle textures of orchestrations, Silenius voice echoes with grimness bringing back his typical black metal vocals. It’s another majestic track where the synth is once again the main driving force behind the music, while the choirs add another dimensional soundscape to this track.

Carcharoth creeps with a medieval mood, the guitar is tuned low on this track which reminds me of their album Dol Guldur, the third track is nine minutes long of chilling ambience. Protector handles the vocals on this track where you can hear him mourning like a ghost perhaps with a cleaner approach this time. Carcharoth captures an atmospheric theme to Tolkien’s world. The bombastic drums have a magical effect as the track carries on with a medieval atmosphere. The keys construct this song which sounds very primitive and dark. And the golden trumpets add a triumphant element to this track. The strings and percussion conjure a mighty feeling, summoning the orcs from the deep caves.

Herumor begins with a sole piano passage as Silenius voice echoes majestically, the beautiful strings merge with melodies and bombastic drums. Summoning has forged a transitional opus between black metal and atmospheric ethereal soundscapes, the guitars add to the definition with heavenly melodies textures. The synth work is influenced highly by imaginative landscapes. The track is layered with melodies and near the end of the track the clean vocals untie into one effective chant, where the musical background continues to grow and cast its magic till the end. Barrow Downs is a short intro which divides the first section of this epic album from the rest. The spoken passages along with the strings create a magnificent atmosphere lasting for around two and half minutes.

Night Fell Behind is one of the darkest tracks Summoning have ever composed. The song progresses steadily with ambiguous synth as Protector voice echoes solemnly like a phantom. The symphonic masterwork on this track are very gloomy and dark, lasting for seven minutes long, while the bombastic drums along with the synth are beautifully composed. Perhaps this track is one of the most ambient songs they’ve ever composed, the instrumentation it taken by another level of experience. The song captures a mysterious feeling that will paralyze you with Awe!!! With Foreboding soundscapes Night Fell Behind is a gloomy song, The lo-fi guitars has a magical touch surging forward while the grand orchestrations follow with majesty. Just before the closure of the track the mighty trumpets are introduced to add a dimensional depth, the icy keys echoe with a beautiful effect.

Mirklands is an eleven minutes long track that begins with a piano passage where the icy touch of synth and guitar captures you firmly. While the rhythm progresses as the bombastic drums bring the sound of the Middle Earth with sheer magnitude. Silenius vocals sound very mournful here, with varied instrumentation Mirklands transcends beyond anything compared with imaginative landscapes. The sharp guitar has its effect and there are moments where the synth and the programmed drums add a sense of ambient atmosphere. This leads us to the final track of the album , With Doom I Come is another lengthy track, having a very characteristic sound that reminds me of their song EarthShine, featured on the Old Mournings Dawn album. The track is probably one of the unfinished tracks from the Old Mourning’s Dawn recording session, since the song is very similar to EarthShine. Protector vocals sounds very dismal with the main melody based on flutes and keys, forging an epic final track with a splendid touch of beauty. The melodies are crafted with sheer spirit and the clean vocals chorus sing along with Protector like a poetic theme.

Summoning have succeeded in creating a masterpiece inspired by Tolkien’s sagas, the final track is crafted with beauty. The melodies are in vein to their earlier albums, With Doom I Come still outshines their previous albums. Summoning has  succeeded in improving their musical elements, with fantastic performance.