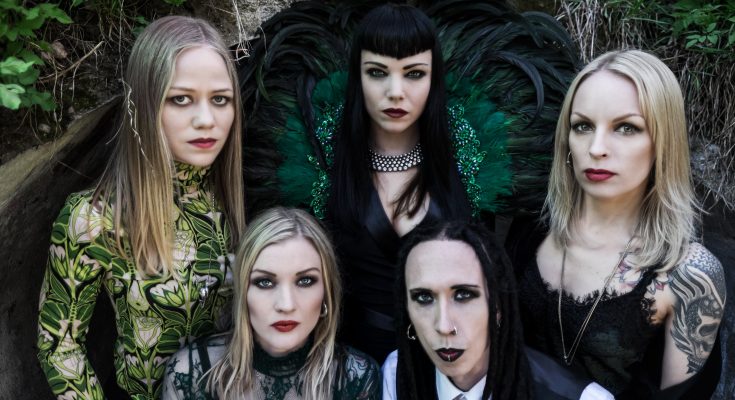 In the deep, dark waters of the Baltic Sea there is an island. A very peculiar island. At first glance it might seem beautiful and peaceful, idyllic even, but the island’s seductive powers are not all they seem.

The Heard was formed when Klara, Ida and Nicki wanted to keep playing music after their previous band Crucified Barbara called it quits in 2016. Together with Skinny Kangur from Deathstars and the singer and burlesque artist Pepper Potemkin they form the new band that has released two singles on their own. And The Heard has signed a deal with Despotz Records.

The Heard is all about the joy of playing music but the sound is distorted and dark. The music is brought to life by all five members through shortcuts and detours with a vision about a place where reality and mystery meet, the haunted island. The Heard‘s debut album ‘The Island’ revolves around the characters and places on this mysterious island. “The Island” is a concept album where the listener becomes acquainted with an island that is located somewhere between dream and reality, a place with room for both the ordinary and the supernatural. An island filled with both love and sorrow, where vitality and death live side by side.

The band explains that

” ”A Death Supreme” is the tale of a woman who decided to create a new destiny for herself by moving to ”The Island”. Her past caught up with her though, and the attraction of the nature got under her skin and spread inside her like the wind. It led her down to the water and into ”A Death Supreme”.