Home News The Sacrifice sign to Season of Mist

Season of Mist are proud to announce the signing of synth wave rockers THE SACRCIFICE. The electro outfit will release their debut album via Season of Mist later this year.

“We are honored to announce our signing with Season of Mist, massive thanks for putting your trust in us. The first single, release date and track list of our first album shall be revealed soon!”

Combining 80’s to 90’s electronic music with all-wave and metal references, THE SACRIFICE are conjuring a more sophisticated sound from disparate elements beyond the limitations of any genre.

THE SACRIFICE was born out of French electronic group PANZERFLOWER from Occitanie (FR), consisting of Patrice Duthoo and Raphaël Glatz. Back then, PANZERFLOWER was named ‘Meilleur Espoir Français’ (Best French Hopefuls) by the French music magazine Rock & Folk. The duo’s best-known hit was the 2014 single “We Are Beautiful” that features vocals of Hubert Tubbs (TOWER OF POWER). This track charted number 2 in France in 2014, and gained over 7.8 million YouTube views. PANZER FLOWER‘s music was used in a national campaign advertisement by the hotel chain Campanile.

Exploding percussion, flying synthesizers, bleeding vocals, discharging guitars and macabre prose, all influenced by PINK FLOYD, MAYHEM and DEPECHE MODE, THE SACRIFICE are delivering a sprawling musical mosaic creating a cohesive, placing this French outfit in a class of their own. 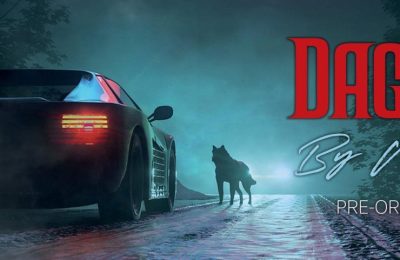