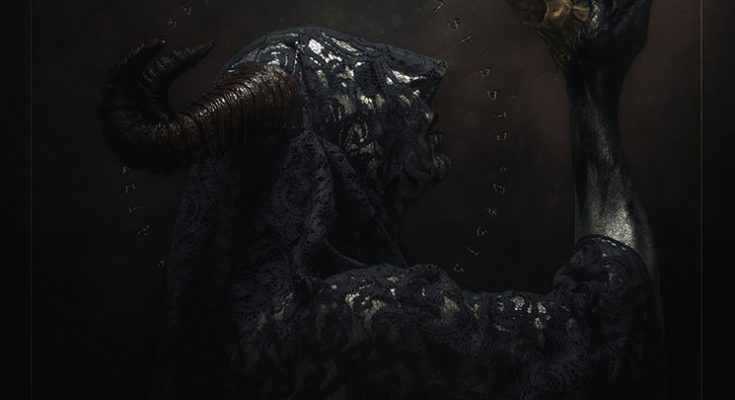 Accursed is the second EP from Colorado based band Vale of Pnath which will see the surface of the earth on the 17th of May. This band has been around since 2006, so they’re not new to the game at all. They have gained quite some recognition in the community for their more blackened tech death. As a result, their previous full-length album, II, was received greatly. Now, their rather long EP Accursed is creeping up on us, through Willowtip Records.

On the 20th of February, the title track and first single was released. Relentless but controlled chaos was unleashed. The sharp notes of bassist Andy Torress punch through, and gunshot drumming that would summon Cthulhu. While listening to the track, you can hear some aspects that went through some changes… But they are not letting go of their roots.

The second single, The Darkest Gate, was released on the 30th of April. This track sure as hell starts off different than the title track. I get instant Behemoth vibes from the music video, which I’m personally not really sure about. Vale of Pnath chose the atmospheric, blackened side of their capabilities with this song. The technical elements we knew them from aren’t lost, but I would like to hear the amazing guitar work punch through more in the mix.

The EP does start off with a gloomy track, which is called Shadow and Agony. The Lovecraftian and industrial vibes are real. I think this is a pretty cool way to open up an album. It fits within the atmosphere of the album after all.

Furthermore, we have the second track which is the single The Darkest Gate. The third track is called Skin Turned Soil. I think this one embodies the change they went for pretty well. While they start off with tremelo picking the chord work, they also include dynamic riffage and atmosphere. In addition to that, they added harsh, higher vocals. I really like this track.

With 6 songs, I’m not going to spoil every one of them. The element of suprise is important too! My favorite of this EP might be Obsidian Realm, but choosing is hard! I like Spectre of Bone too… As well as Skin Turned Soil! Definitely enough goodness to choose from.

In conclusion, this EP gives us a taste of what the guys of Vale of Pnath are capable of. Most noteworthy, the dynamic songwriting and atmosphere are really consistent. I’m not too big of a fan of the whole Behemoth vibe, but I don’t mind it that much. In contrast to that, I’m a sucker for symphonic elements, which are used really well. I think they made an EP that is definitely a statement, which actually comes together really well. I’m looking forward to see what these guys will bring us in the future! As a result of this EP, I expect quality and an evolving sound.