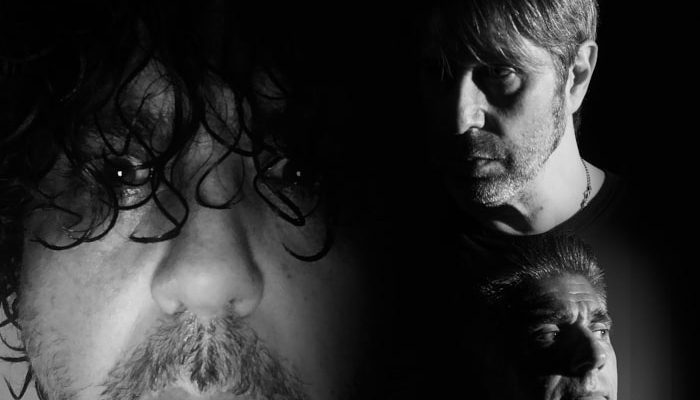 Thrash/hardcore band WAR ORPHAN, featuring guitarist Richie Cipriano (ex-SICK OF IT ALL, REACH), drummer Dante Renzi (REACH) and vocalist David Bason (BARFBAG), are releasing their debut EP, Closer To Death Than Life, on today, September 25th with Stay Gold Records. Last week, the trio has released a new song, “Prop Up The Polls,” which calls out Trump and his administration for their unethical and fraudulent attempts to deceive voters in the Presidential Election.

The trio has revealed their first single, a politically enraged metallic ripper called “Autonomous Zone,” that takes aim systematic racism, the killing of George Floyd and the paltry response from the current administration. The track debuted at PunkNews.org yesterday and can be heard now at the link below.

“Donald Trump knows that as soon as he loses the election he becomes instantaneously irrelevant. He has to go back to shopping his cable news hate network. The world is tired of him and will immediately turn its back on him once he’s voted out of office. His ego won’t go without a fight so he will do anything he can to keep the position of power. In keeping with his selective use of facts, when the numbers are in his favor he argues the numbers but when they are not he disregards them. His favorite insult to media outlets is that their ratings are low but he claims not to care about polls simply because his poll numbers have never been close to positive. “Prop Up The Polls” is our effort to let him know we’re on to his con. We understand his hustle. We hope you like the song.”

WAR ORPHAN came about when longtime friends Dante, Richie and David moved from recording songs trying make each other laugh to taking it seriously. Singer David Bason (Barfbag) lives in LA. Missing his New York friends, he would leave guitar player Richie Cirpiano (Ex Sick of It All, Reach) voicemails about how he thinks heavy metal is silly. Richie and Dante (Reach, Ouijipig) would track record metal songs to them and send them back. Thus, was born Bloodbath and Beyond, an inside joke to kill time and crack each other up.

Richie called and said he thought he had a song they should take seriously. Bason got excited and the EP was tracked, mixed and mastered in a matter of weeks. WAR ORPHAN came about naturally and the results show.

Closer To Death Than Life is a collection of songs made by lifelong friends with a common love of music.