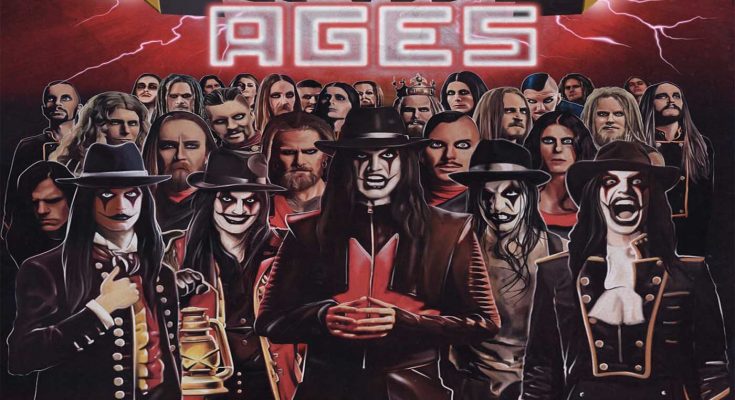 With live up-and-personal shows still being postponed due to Covid-19, Avatar has just announced they’ll be doing four live streams in January with weekly intervals to accommodate those who, like me, are having concert-and-festival-withdrawal symptoms.

Each live stream will be different from the previous in the sense that they’re focused on different phases of Avatar‘s existence.

The first live stream, Age of Dreams, will take place on January 9th and will be somewhat of a “regular” live show that you could expect from Avatar, The band determines the setlist and it’s going to be a full play through of their latest album Hunter Gatherer and a few big songs from other albums.

The remaining three shows will focus around albums from the band’s past and ticket purchasers are allowed to vote on which songs they’d like to have included in the setlist. Each show will have a 14 song setlist consisting of the songs with the highest amount of votes.

The second show, Age of Illusions, will take place on January 16th and revolves around the Avatar Country and Feathers & Flesh albums.

Chronologically, the third show, Age of Madness, will be based around songs from Hail the Apocalypse and Black Waltz and ticket purchasers can even vote on the bonus tracks from these albums (not available on Spotify). This show will take place January 23rd.

And finally, on January 30th, the final show: Age of Memories. For this show, people can vote on songs from their self-titled album, Avatar, Schlacht and Thoughts of No Tomorrow.

Personally I am very excited for the Age of Memories as I’m convinced that their self-titled album has plenty of songs that deserve more attention and have sadly been left in the dark in favor of newer songs at live shows. So finally being able to hear these songs again in a live setting is something that has me absolutely stoked!

Tickets can be purchased separately or as a 4-show bundle for a rather cheap price. Combo packs with physical items and VIP upgrades are also available. Each show will take place at 1PM PT / 4PM ET / 9PM UK / 10PM EU time and will be available to replay to all ticket purchasers for 72 hours after the initial broadcast on the same page used to view the stream. If this is something that interests you, don’t wait too long as setlist voting ends on December 3rd!