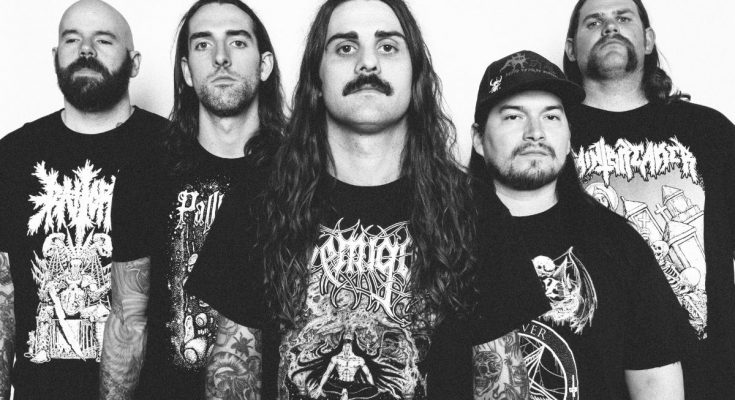 Looks like Christmas came early this year. I just happened to be perusing through my YouTube subscriptions when I stumbled upon a new track by Arizona’s very best death/doom prodigies Gatecreeper. These guys are personal favorites of mine. I remember when their full length debut ‘Sonoran Depravation‘ came out, it blew my mind. I think I can honestly say that I though it to be the best release of 2016.

Check out their new track ‘Boiled Over‘ below and dig into some of the gnarliest, nastiest death/doom riffs around.

Of course, Gatecreeper nodded to their scorching home state with the title of their 2016 full-length debut, ‘Sonoran Depravation‘. The theme continues on ‘Deserted‘, which boasts songs like ‘Sweltering Madness‘, ‘Boiled Over‘ and the double-meaning title track.

‘Deserted‘ is due for release on October 4th at Relapse Records. Man, I can’t believe I have to wait this long.

The album was recorded at Homewrecker Studios in Tucson, where Gatecreeper co-produced the album with engineer Ryan Bram. Converge guitarist Kurt Ballou handled the mix at Godcity in Salem, MA, and Brad Boatright mastered the album at Audiosiege in Portland, OR. ‘Deserted’s hallucinatory cover art was created by Brad Moore (Tomb Mold, Morpheus Descends, and more.)