Home Death Metal Bloodbath – The Arrow of Satan Is drawn 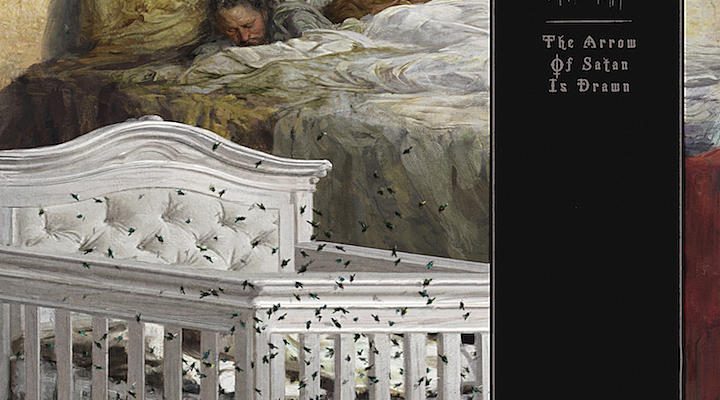 Death metal masters Bloodbath returns with a new album after a four year  break. This super group consists of musical veterans from the Swedish scene. The inclusion of Katatonia and Opeth members was the main factor that made them reach to this superior level. Formed in 1998 with a mutual fascination for horror and the glory days of death metal, Bloodbath became one of the finest bands in the death metal genre to overflow with specialized talent and technicality. They have remained as a leading spear in the extreme metal since their Breeding Death E.P. which was released in year 2000.

Each individual musician has shaped and modified the sound to the ultimate extremity. And today they are placed among the top death metal bands in the genre. The band’s recent line-up brings in Nick Holmes of U.K. death/doom legends Paradise Lost, who joined their bloody crusade. The band also adds more quality into the songs by bringing in Joakim Karlsson (Craft) into the lineup.

The recording of The Arrow of Satan Is Drawn began in early 2018, resulting into unimaginable standards of extremity by the band. The album initiates with the heavy sledgehammer track “Fleischmann”, a worthy track where the band blends some sophisticated blackened death metal riffs with grinding beats. The new tracks are brutal and crude delivered with buzz sawing sound of  riff assault.

The album shares some exclusive guest vocals on the second track Bloodicide and it’s presented by John Walker from Cancer, Jeff Walker from Carcass, and Karl Willetts from Memoriam.
This massive collaboration creates a perfect storm of chaos. Bloodicide is an unholy choir formed with sharp edged guitar and fired with colossal cannons. The dual guitars blaze with marvelous riffs and also creates a dreary backdrop. Bloodbath music doesn’t only pay homage to the classic bands such as Entombed, Morbid Angel, or Cancer.

Wayward Samaritan makes a solid strike of heavy death metal riffage, the guitars sound very powerful in the mix. The Arrow of Satan is Drawn is combined with massive guitar elements and complicated riffage. It also draws a perfect cohesion between the members overall, the riffs are versatile and perfectly assorted. Levitator is an array of disengaged parts, the riffing work feels un-attached, while “Deader” outbreaks with violent death metal riffs. Nick Holmes vocal performance has improved from the last album, his guttural vocals are deeper and they are more death metal edged.

Drummer Martin Axenrot delivers an outstanding performance, his physical technique and speed developed to a greater quality. Bloodbath is a visceral death metal band notable for the guitar signatures and the catchiness provided by Anders Blakkheim Nystrom. “March of the Crucifier” is one of these tracks that shows his abilities, the riffs here are a true work of refinement.

Morbid Antichrist is propelled by the overt hostility, this track is so evil and characteristic to Bloodbath’s style. The guitar tone is amplified with HM-2 pedal aiding the songs with fair amount of distortion. The songs on the new album are complex and they are delivered with the buzz sawing sound. Each track varies in style and direction, the riffs on this album blaze with speed. Backed with rotten growls of Nick Holmes, who makes a better use of his guttural growls.

Bloodbath music isn’t a counterpart of Entombed, I simply consider them as one of the best old school death metal phenomena in our contemporary days. Their past albums like Nightmares made Flesh and The fathomless Mastery were more related to U.S. Death metal style, a la Morbid Angel and Cannibal Corpse. The Arrow of Satan is drawn is miles ahead from its predecessor, the songs are boisterous and have a raw sound quality. The members have honed their skills as the new songs are characterized with peculiar quality while the solos are infectious showing a wide range of technique.

Warhead Ritual slams heavily with grooves and death’n’roll metal, this is another bouncy and energetic track. The solos are fantastically performed and Only The Dead Survives is a great example of what the band is capable of. The drums are variegated in terms of execution, kicking with double bass and heavy blows. Chainsaw Lullaby is brutal and maniacally driven by the chainsaw guitars.  The Arrow of Satan Is drawn offers plentiful of ravenous riffs, with more variations from the previous album. Bloodbath still sounds filthy, morbid and brutal with technical qualities, this is a perfect record for fans of rotten old school death metal!!!